Plus Discounts Up to 50 per cent off 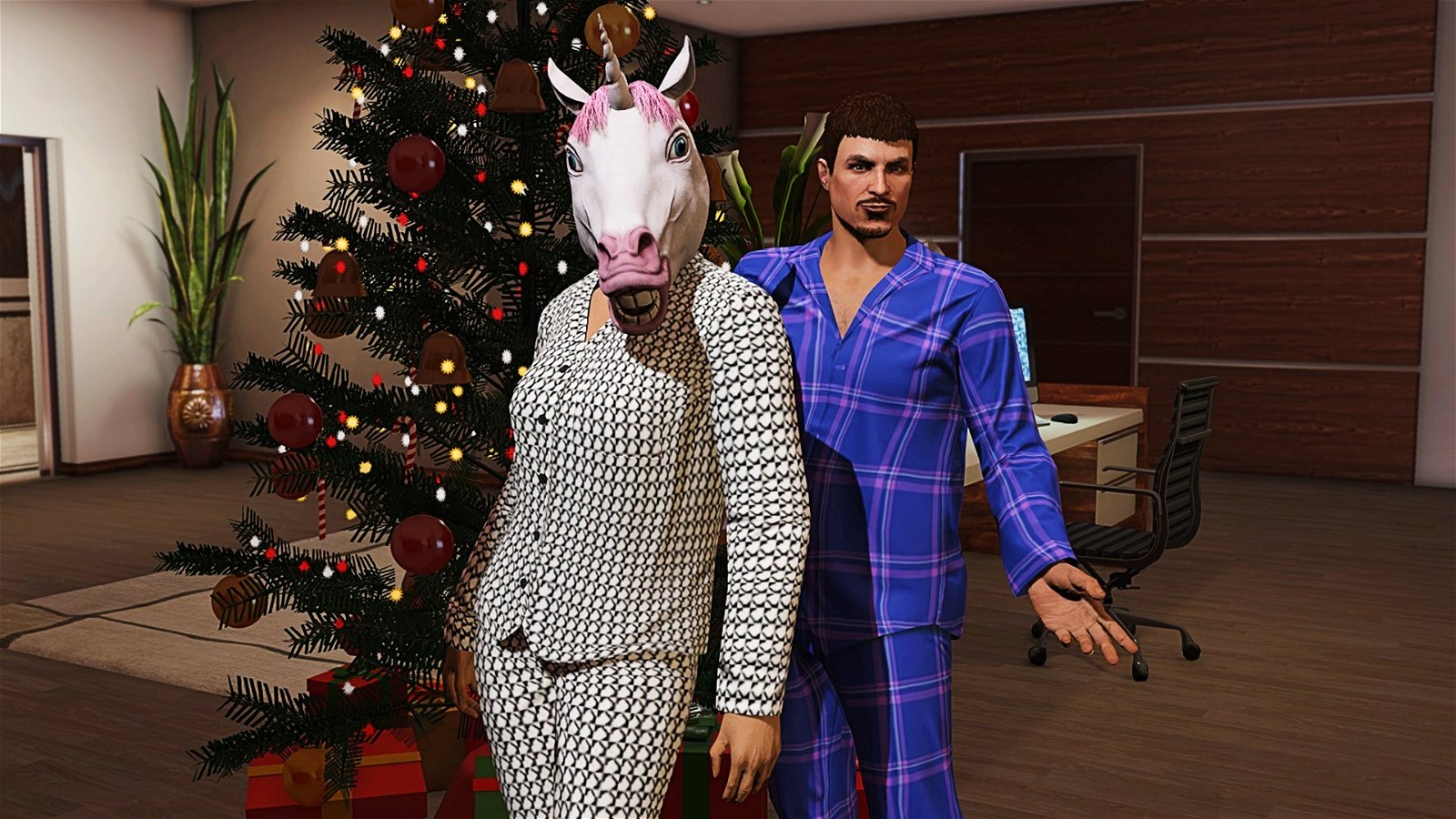 GTA Online is getting into the holiday season with the Christmas update that is set to offer new freebies and discounts to GTA Online players, according to PCGamesN.

As far as discounts, the Overflod Zeno will be up for grabs for players at $2,820,000 GTA bucks. If GTA Online players are looking for something with a cheaper price tag, the Gallivanter Baller ST is currently free. It’s only for a limited time though, from now until December 30th so players should claim the freebie before the opportunity passes them by on New Year’s Eve.

Some of the other Christmas freebies players can redeem include a clownfish mask, a red festive t-shirt, a firework launcher, 20 rockets, full snacks & armour, 25 sticky bombs, 25 grenades and five proximity mines. GTA Online discounts are up to 50 per cent off, which are as listed below.

Earlier this month, developer, Rockstar released a free GTA Online expansion called ‘The Contract’. The expansion takes place years after GTA V‘s story and is an optional ending to the single-player campaign. The contract features Dr. Dre and follows Franklin and his friends as they set up a “celebrity solutions agency”. The agency’s first high-profile contract is to find Dr. Dre’s missing phone which holds the unreleased tracks, which is making its debut in the online game.

“Get ready for a wild and hilarious ride through Los Santos, from the mean streets of Franklin’s old neighbourhood to the hottest parties in the city, from debaucherous mansions to the offices of the FIB and everywhere in between as you join Franklin, expert hacker Imani, Chop the Dog, and crew to secure Dr. Dre’s precious tracks and return them to their rightful owner,” Rockstar said in a blog post.

GTA Online is available through GTA V and standalone on current platforms and is set to launch natively on PS5 and Xbox Series X|S sometime in March 2022.