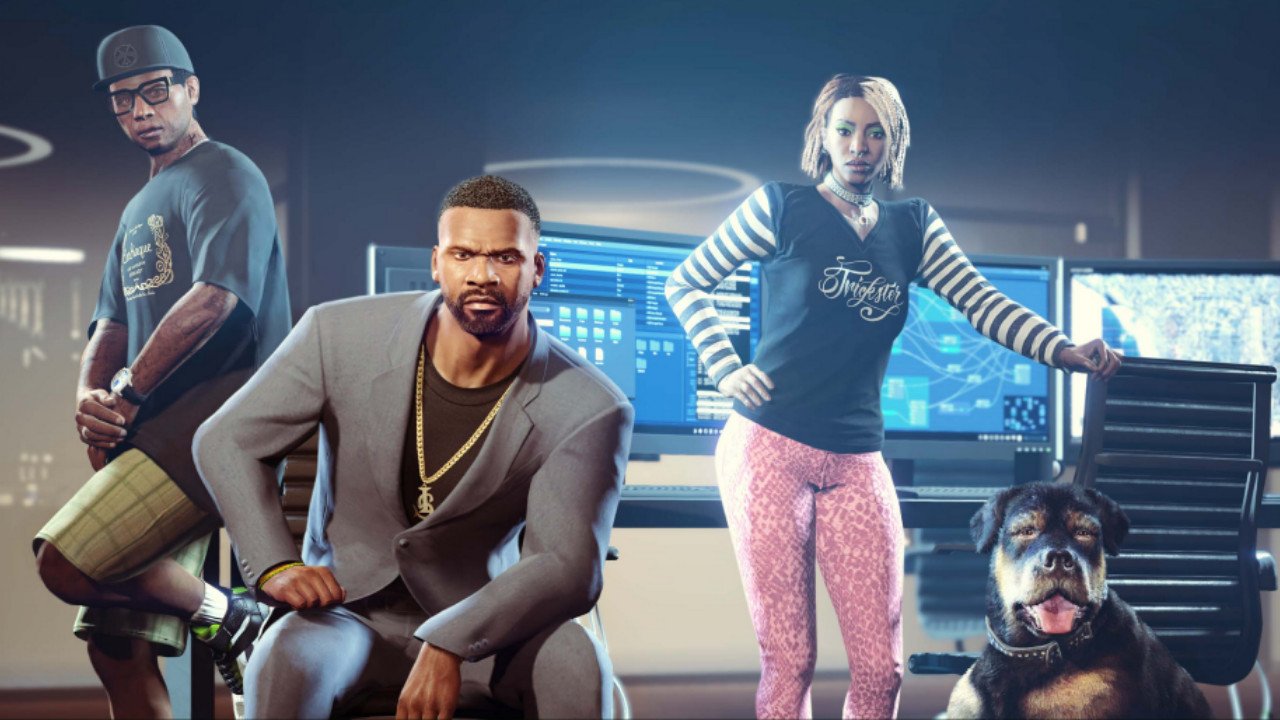 The expansion will feature Franklin trying to go legit with his new business venture, a “celebrity solutions agency” which offers solutions to the problems of Los Santos’ elite. Grand Theft Auto Online players will meet up with Franklin through a connection with Lamar Davis. Your goal is to bring the agency to another level as you look out for a high-profile client.

The story kicks off with a call from Grand Theft Auto V radio host, DJ Pooh who reveals that Dr. Dre is in need of your services. You’re tasked with finding Dr. Dre’s phone which is full of unreleased music that will make its debut in Grand Theft Auto Online. Players will be able to return Dr. Dre his tracks in either single-player or multiplayer mode.

“Get ready for a wild and hilarious ride through Los Santos, from the mean streets of Franklin’s old neighbourhood to the hottest parties in the city, from debaucherous mansions to the offices of the FIB and everywhere in between as you join Franklin, expert hacker Imani, Chop the Dog, and crew to secure Dr. Dre’s precious tracks and return them to their rightful owner,” Rockstar said in a blog post.

The developer adds that players should stay tuned as more information on The Contract will be revealed later.

“[Including] details of an eclectic new radio station from some very special guest hosts, huge first-of-their-kind updates to existing radio stations including a ton of new and unreleased exclusive tracks from Dr. Dre and a heavy-hitting line-up of artists, plus additional opportunities for agency work including choice hits for players willing to get their hands dirty, plus new weapons, vehicles, and much more,” Rockstar noted.

The story-focused expansion, The Contract is set to release in Grand Theft Auto Online on December 15th.