It’s time to gear up and get ready for battle as the official Mega Man 11 pre-order trailer just got released. While the first announcement trailer back in December indicated that the game will be “coming late 2018,” the Mega Man Twitter and new trailer gave fans a solid date of October 2.

This is one day sooner compared to the leaked release date leaked by Singapore PSN yesterday.

Players can expect Mega Man 11 to blend the classic 2D platforming action with detailed 3D characters. This is different from the pixel art style of previous games, but Mega Man 11 nonetheless refreshes the series’ iconic colourfulness with the characters and new, hand-drawn environments.

The game will feature the new Double Gear system, as well as Robot Masters. In order to save the day, players will duke it out with Robot Masters and take their weapons for themselves, changing the details of their hero’s appearance. Meanwhile, the Double Gear system will let players boost their speed and power.

There will be a variety of difficulty modes available to players as well, giving some new players the chance to truly experience Mega Man 11 for the first time. Extra modes such like time trials, missions and leaderboards will be available as well. A bonus gallery featuring concept art is included.

Mega Man 11 will be for the Nintendo Switch, PlayStation 4, Xbox One and PC. 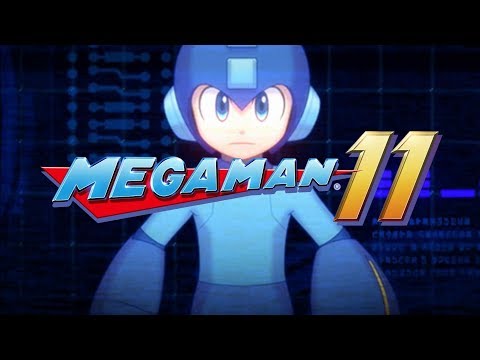 Liked this article and want to read more like it? Check out Cole Watson’s Mega Man Legacy Collection review.