My Hero One’s Justice Gets A Flashy New Story Trailer

My Hero Academia characters duke it out in an upcoming video
Amy Chen | July 17, 2018

Bandai Namco just released a flashy, new trailer for the My Hero One’s Justice game, which is based on the My Hero Academia anime.

The popular manga comes to life as players get to experience the abilities of their favourite characters like Katsuki Bakugo, Izuku Midoriya, Tomura Shigaraki in this game. Other characters include All Might, Deku, and even Tomur.

On the path to justice, players also get to choose between being a hero or a villain while using Quirks to gather sidekicks for powerful attacks. Up to two sidekicks can be chosen to unleash these chaotic combos.

Players don’t just duke it out on the ground in My Hero One’s Justice, but also get the chance to fight upwards with buildings and walls being part of all the action. This type of destruction gets more emphasized as the environment is at a player’s disposal. During fierce battles, players can even destroy their own surroundings.

My Hero One’s Justice does not have a set release date, but it will be playable on the PS4, Xbox One, PC, and the Nintendo Switch. 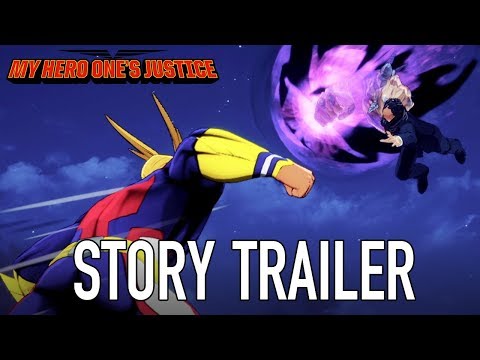