New Behind the Scenes Content Released for Ni no Kuni II: Revenant Kingdom

Fans of the original Ni no Kuni have waited patiently for the sequel, Ni no Kuni: Revenant Kingdom to be released. However, the game has been delayed.

So, in order to combat any loss of interest in fans, Bandai Namco has been releasing behind the scenes videos for their fans to enjoy.

Today Bandai Namco released the third behind the scenes video, titled: Ni no Kuni II: Revenant Kingdom – BTS Part 3: Mastering the Music, and can be watched below. 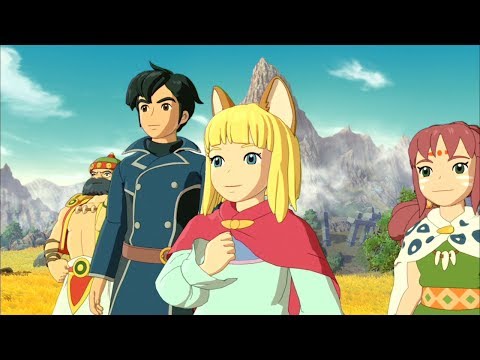 The video, which also showcases some scenes and gameplay, focuses on the music of the game, that is written by composer Joe Hisaishi, and performed by the Tokyo Philharmonic.

“I’ve been thinking quite extensively about how games require a wide variety of music, and how I can make them all come together within the game,” says Hisaishi in the video.”

Ni no Kuni II: Revenant Kingdom, along with Hisaishi’s music, is set to be released on March 23, 2018.

Liked this article and want to read more like it? Check out Chris Jones’ Super Mario Odyssey Inflates with First DLC and Pedro D’Avila’s Ni no Kuni II delayed, gets new Release Date!