Ni No Kuni 2: The Revenant Kingdom, the follow-up sequel to the beautiful, Ghibli inspired 2013 JRPG received a definitive release date. The Bandai Namco published title will hit the PlayStation 4 and PC on Nov. 10, 2017. 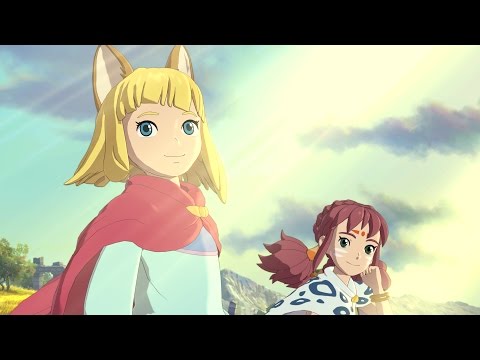 Ni No Kuni 2 seems to once again embrace the charming and renowned Studio Ghibli aesthetic just as the first title did. Thanks to the horsepower of the PlayStation 4 and modern PCs, Ni No Kuni 2 seems to look even better than its predecessor, seamlessly bridging the gap between animation and real-time graphics.  The sequel will also see the return of composer, Joe Hisaishi who  worked on countless Studio Ghibli titles such as Spirited Away, The Wind Rises, The Tale of the Princess Kaguya and of course, the original Ni No Kuni (both the PlayStation 3 and the Japan, Nintendo DS title).

The new title follows the story of the young King Evan of the Kingdom of Ding Dong Dell, who was disposed of his throne by the Rat King. In his darkest hour, a mysterious man who claims to have come from another world offers his aid to the young King, together they set out to reclaim his Kingdom, while at the same time, maturing into a King worthy of the title.

So far, only a few minor characters from the original Ni No Kuni seem to make an appearance in The Revenant Kingdom, with iconic characters such as Drippy, who acted as a kind of series mascot for both the PlayStation 3 and Nintendo DS games absent from the upcoming sequel. Like it’s predecessor, Ni No Kuni 2: The Revenant Kingdom deals with loss, specifically that of losing ones’ mother, which like many Ghibli films, from the exterior may seem like a very dark and atypical narrative, yet will no doubt be pulled off in an eloquent manner.