With the Oculus Rift and the HTC Vive on the horizon Sulon Industries has announced its new “all-in-one” VR headset.

Named the Sulon Q, it will combine not only virtual reality but augmented reality too. This “tether-free” design allows users to pick it up and go wherever and whenever they need to. It’s all on the headset.

Powered by the AMD FX-8800P processor at up to 35W with Radeon R7 Graphics leveraging AMD’s Graphics Core Next architecture. This device promises to recognize the space you’re in and allow you to pop in application windows for you to interact with. You’ll be able to place transparent or opaque windows where you please with gestures or with a mouse and keyboard. It will be able to use spatial redirection to trick you into thinking you’re walking down the path in a straight line while you’re actually avoiding objects and walls.

With built-in noise cancelling headphones and top of the line sound design, this headset promises that it can accurately generate all the sounds in the virtual environments it creates.

The Sulon Q is aiming high, having only just been unveiled at GDC March 14, there’s still many more details to come, in the meantime they’ve released a little look at the device. 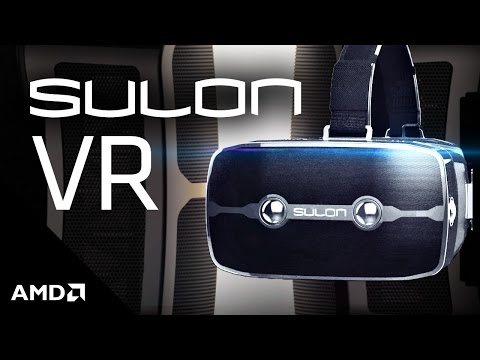