The second Nintendo Direct since the passing of Satoru Iwata showed a strong push for Nintendo, promising a strong summer lineup.

Showcased for the WiiU was further gameplay for Starfox Zero, was well as an official April 22

release date. Not only that, but a spin-off game (originally showcased at E3 2014) titled StarFox: Guard where players will set up 12 cameras to find and defeat enemies who are attacking the mining site of Slippy Toad’s uncle, Grippy Toad. The game includes about 100 stages, but players can also create their own stages by editing the placement of enemies and uploading their levels online.

Along with updates to Super Mario Maker, and Splatoon, Shin Megami Tensai’s Tokyo Mirage Sessions #FE (which I officially couldn’t care less about now) as well as Lost Reavers coming to WiiU, the biggest announcement for WiiU was Paper Mario: Color Splash. Looking very similar to Sticker Star the game looks to blend gameplay elements from Sticker Star with a new color-based and painting mechanics. Being one of the few defenders of Sticker Star, I’ll be reserving judgments of gameplay, but I must say Paper Mario looks incredible in HD. 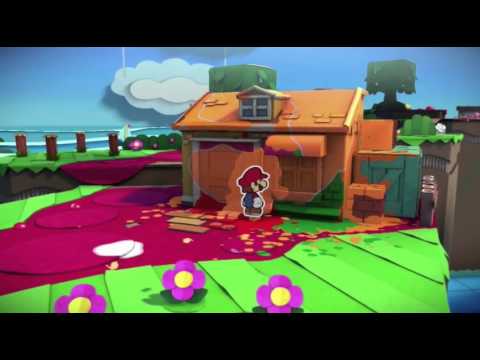 For the 3DS, Nintendo is rolling out a new Kirby game: Kirby: Planet Robobot which has Kirby piloting a giant mech. Enough said. Along side Planet Robobot will be an official line of Kirby amiibos, so anyone who missed a chance to get a Meta-Knight can lament no more!

Nintendo also showed off more gameplay for the much loathed Metroid Prime: Federation Force, as well as Fire Emblem Fates: Revelation the third entry to the Fates story. Nintendo also showed gameplay for Bravely Second, Hyrule Legends and rolled out Dragon Quest VII: Fragments of the Forgotten Past which is being remade from the ground up for the 3DS.

The biggest reveal for the 3DS was Monster Hunter: Generations which looks just as good as the latest Monster Hunter offerings on 3DS, as well as showing off some interesting new features. Also being added to the 3DS is the inclusion of SNES games to the 3DS eShop, and while some may lament buying many of the games they already have for a third time, it would be pretty cool to play Earthbound on the bus, so sign me up!

Overall, this looks to be a promising summer for Nintendo.