Sony Gives Attention Back to PS4 and PSVR 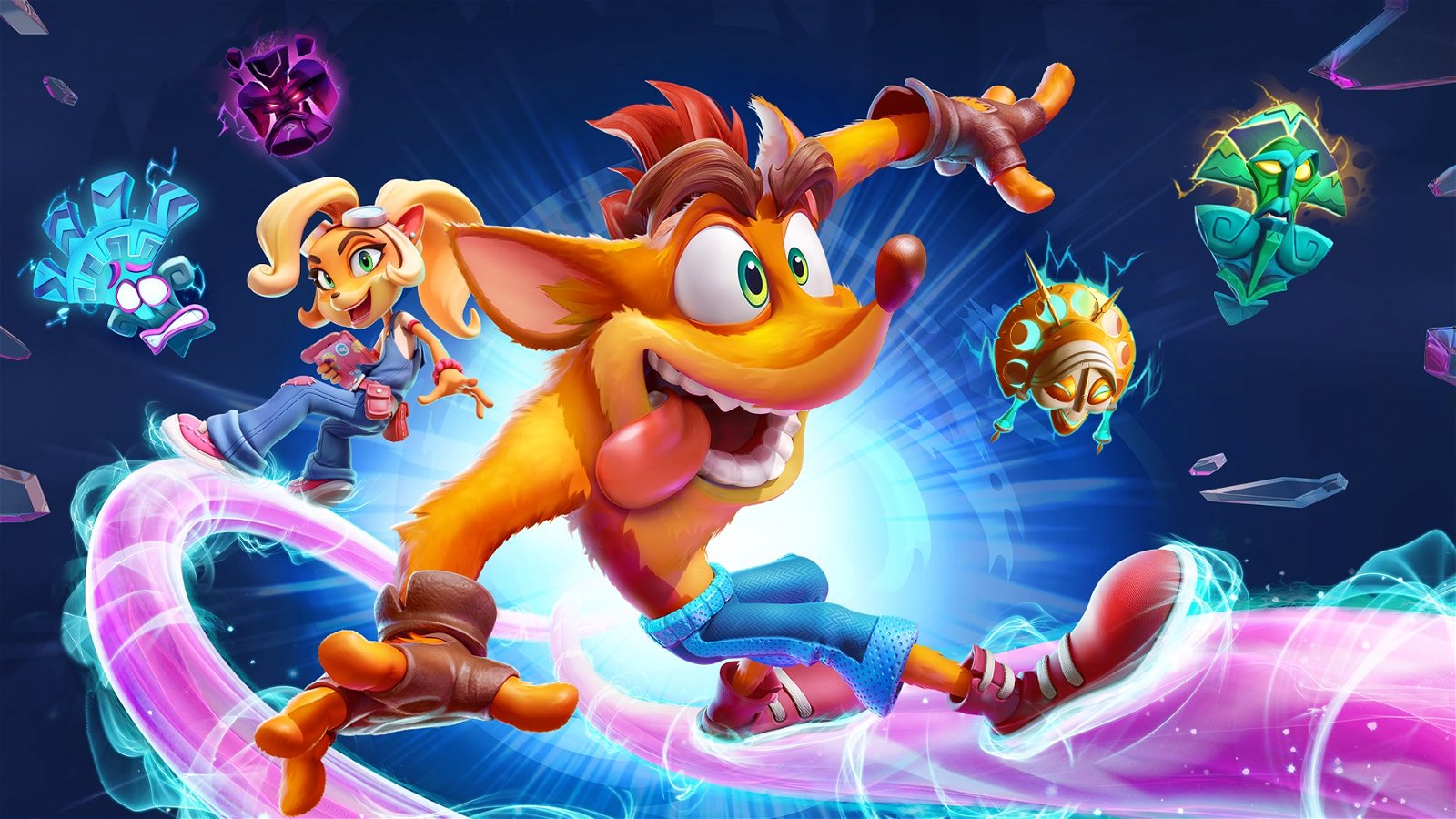 PlayStation kicked off August with another major State of Play stream since their PlayStation 5 reveal, adding new updates to games such as Godfall and Crash Bandicoot 4. Apart from giving PS4 players content updates, the stream was also an opportunity to tease some PS5 launch titles ahead of the Holiday 2020 launch.

The PlayStation 4’s Rest Mode turned back on to show off a developer update on Crash Bandicoot 4: It’s About Time. A direct sequel to the third game, Crash and Coco team up across a brand new adventure to stop a new enemy from taking over the world. This also comes with a familiar brand of third person platforming action, while it’s spurred by the PS4’s dynamic graphics. The scenes are also mixed in with 2D components which call back to past portable games as Crash zips side-to-side through levels.

Masks are also making a comeback, giving Crash an extra second to think by freezing time or extra jump power. Coco is also going to be completely playable throughout the entire game, while some segments with Dr. Cortex will included 2D shooting action. Dingodile is also coming out of retirement and steps out of his diner to help Crash. The game also features special levels from Beenox for Inverted Mode, which flips levels around and adds challenges. One of them includes an all-white filter which requires players to paint a path for themselves.

Crash Bandicoot 4: It’s About Time releases on the PlayStation 4 for October 2, 2020.

Io Interactive gave players a brief gameplay snippet of Hitman 2, which now includes a PlayStation VR mode for players to finish all the levels in first person. In VR, players can directly interact with NPCs and objects to take out targets, including the garrote which player can use. The trailer also confirms the entire Hitman trilogy can be playable in VR when it releases in 2021.

A trailer for Braid: Anniversary Edition remasters the classic time-bending platformer, remastering the game with hand-drawn HD graphics to update the game. It also comes with a remade soundtrack to make the experience more relaxing. Braid has a release window of 2021.

Giant Squid introduced some gameplay for The Pathless, a third person action adventure game which encourages players to dash through a sprawling medieval world, while picking up some abilities to gain speed and flight along the way. Players also use their trusty bow to quickly take enemies out in a snappy lock-on mechanic. As Hunter and Eagle, both work together to restore light in a mythical Mongolia.

Outside of combat, players also visit buildings to solve its many puzzles with their Eagle, which acts as a Zelda-like guide across The Pathless. A Spirit Vision helps players detect large demons, which roam the world in an effort to hunt players down. They are also incredibly dangerous in direct combat, while players would have to move past them through tall grass or run. But once they return light to a level’s Obelisk, they gain a power to chase and defeat the demons in firey-red boss battles. The Pathless has a 2021 release window for the PlayStation 4.

Spelunky 2 was given an update, confirming the inclusion of multiplayer. Friends can also connect with others in open social hubs when they’re not exploring a new variety of dungeons. But adding to the challenges are branching paths which lead to different ways of completing a cave. New characters also bring their own unique abilities to give players a perk per level. It’s also worth noting players can also ride turkeys and spawn pugs as vehicles. Spelunky 2 is out on September 15, 2020.

Genshin: Impact is releasing on August 2020, adding an official launch date to the open world Japanese adventure game. A trailer for unique 2D brawler Aron Must Die mixed Tron with medieval fisticuffs. Players will be taking on increasingly challenging bosses. It’s due for the PS4 in 2021.

PlayStation also talked about BugSnax, which introduced editor in chief C. Clumby Clumbernut of the GNN who sends players into the mythical island. But some conflict-of-interest sparks as the game’s villagers ask for favours. From testiong out lab equipment to building a settlement, players make a name for themselves on the island while eating a few of its wildlife while they’re at it.

Vader Immortal: A Star Wars VR Series received a launch trailer for PlayStation VR owners. Originally an Oculus exclusive for PCVR and Quest, ILMxLab is finally bringing its three-part story and Lightsaber Dojo to the PS4 on August 25, 2020.

505 Games and Remedy Entertainment are bringing a new Awe expansion to Control, adding a new chapter to Jesse’s story as she learns more about the Agency’s infestation of supernatural beings. The Awe expansion 2 drops on the PlayStation 4 and other platforms on August 27, 2020.

Anticipated PlayStation 5 launch title Godfall received a combat overview while showing off the game’s next generation action from a PS5 development kit. As a third person action adventure game, players take part in a looter-slasher alone or with a squad. The combat-based mechanics are also a playing ground for intense melee battles, while slaying hordes of mythical enemies scattered from point A to B. The team also reaffirmed Godfall will have no microtransactions while players don’t have to wait for additional content at launch.

The game also pushes players on the offense and aggressive-style gameplay. This is experimented on with weapons such as the longsword, knives and sledgehammer which all give players a different style of battle. Each weapon also has their own signature moves and combos which can be executed with a mix of button-mashing and timed combinations. Some weapons also have a cooldown time for players to regain stamina before moving in with another attack. This also gives adds a second of breathing room and counterattacks.

Godfall’s shield opens up as a defensive maneuver which can also be thrown Captain America-style and chained to multiple enemies. The shield is also a secondary weapon that can be used for its own finishing moves. The trailer ended with a brief boss battle which showed off all the abilities detailed in the update. Godfall is on its way to the PS5 on Holiday 2020.

You can rewatch PlayStation’s State of Play stream for August 2020 below.