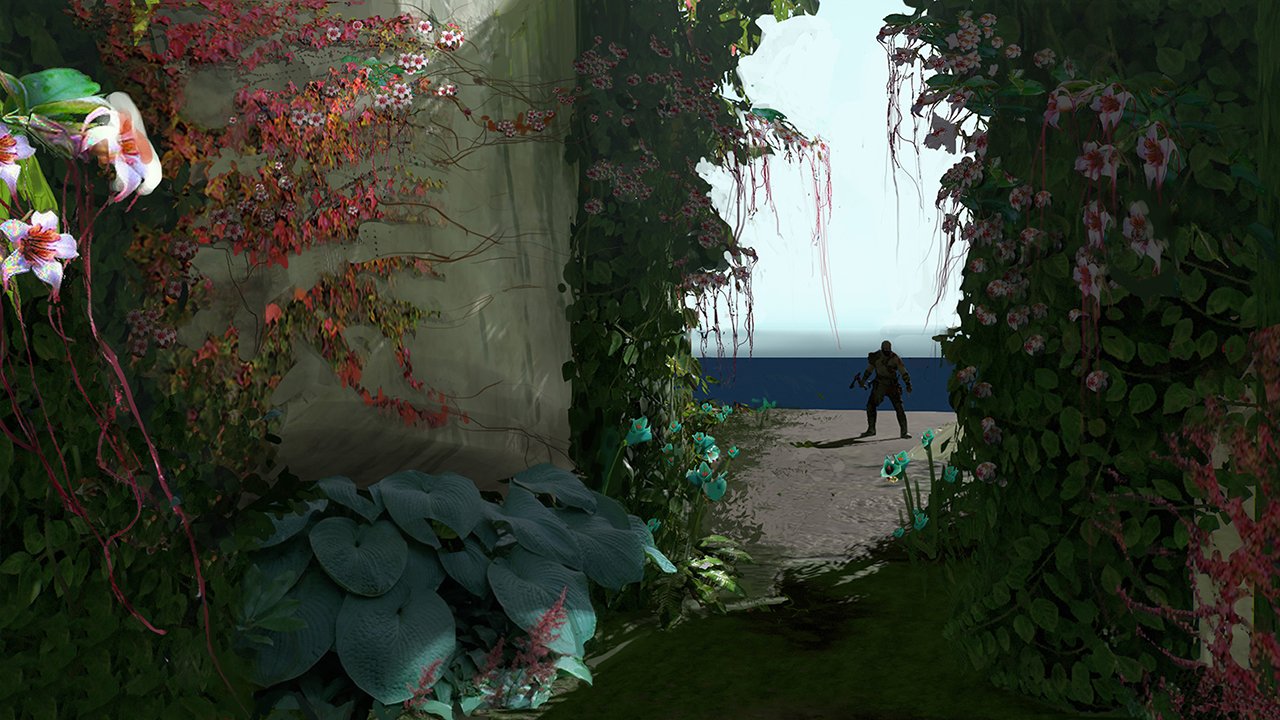 Yesterday, Neogaf user Nibel posted leaks to possible God of War 4 concept art that suggests a new setting for the franchise as well as a new look for protagonist, Kratos.

Most of the art compiled shows new set pieces that players may get to explore. The art suggests a Norse setting. We are shown this through the viking style boats, the sprawling mountain landscapes and the futuristic architecture that has broken down from thousands of years of wear/abandonment.

Kratos looks to be returning as our slayer of gods, identified by his white ashen skin and red stripe, but now with a much fuller beard. The deadly Blades of Chaos have been traded in for a simple looking set of axes that don’t appear to be chained together.

No art was leaked of potential enemies or villains players may face but we may have new ideas of how we traverse the game. The foliage around the environments is quite thick and might be able to be climbed on. Many of the larger plants are described to have unique properties when interacted with and could be used in new puzzles to reach the next area.

There has been no official news about God of War 4 since Sony Santa Monica Studio’s Creative Director, Cory Barlog, confirmed that the game was in development at PlayStation Experience.