MercurySteam, the independent studio behind the Castlevania: Lords of Shadow series of games, dropped some information for their upcoming pulpy, sci-fi asymmetric co-op and competitive online game, Raiders of the Broken Planet.

Gamers itching to try the game will be happy to hear that MercurySteam is offering the chance to sign up for a beta sometime later this year, those interested can visit the official website for the game to sign up for the beta, which will take place on May 13, 2017. 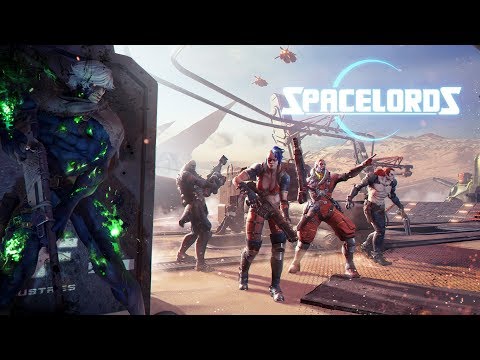 Alongside the new trailer for the game, a website dedicated to highlighting some of other new features also went live. Amongst the bevvy of new details for the game, MercurySteam has stated that Raiders of the Broken Planet will follow the ‘Aliens Myths’ campaign, which will then be followed up with additional self-contained adventure themed campaigns throughout 2017.  The 2017 season will be composed of ‘Wardog Fury, ‘Hades Betrayal’ and the ‘Council Apocalypse’ campaign.

For those interested in knowing more about Raiders of the Broken Planet can watch the trailer which shows the fast and frenetic co-op based gameplay that gamers can expect once the game launches later this year.  The game will feature both online and offline modes of play, giving players plenty of things to do such as earning loot and special collectable cards that augment gameplay and allow the player to customize their in-game character. Raiders of the Broken Planet is set to release sometime later this year on all major platforms.