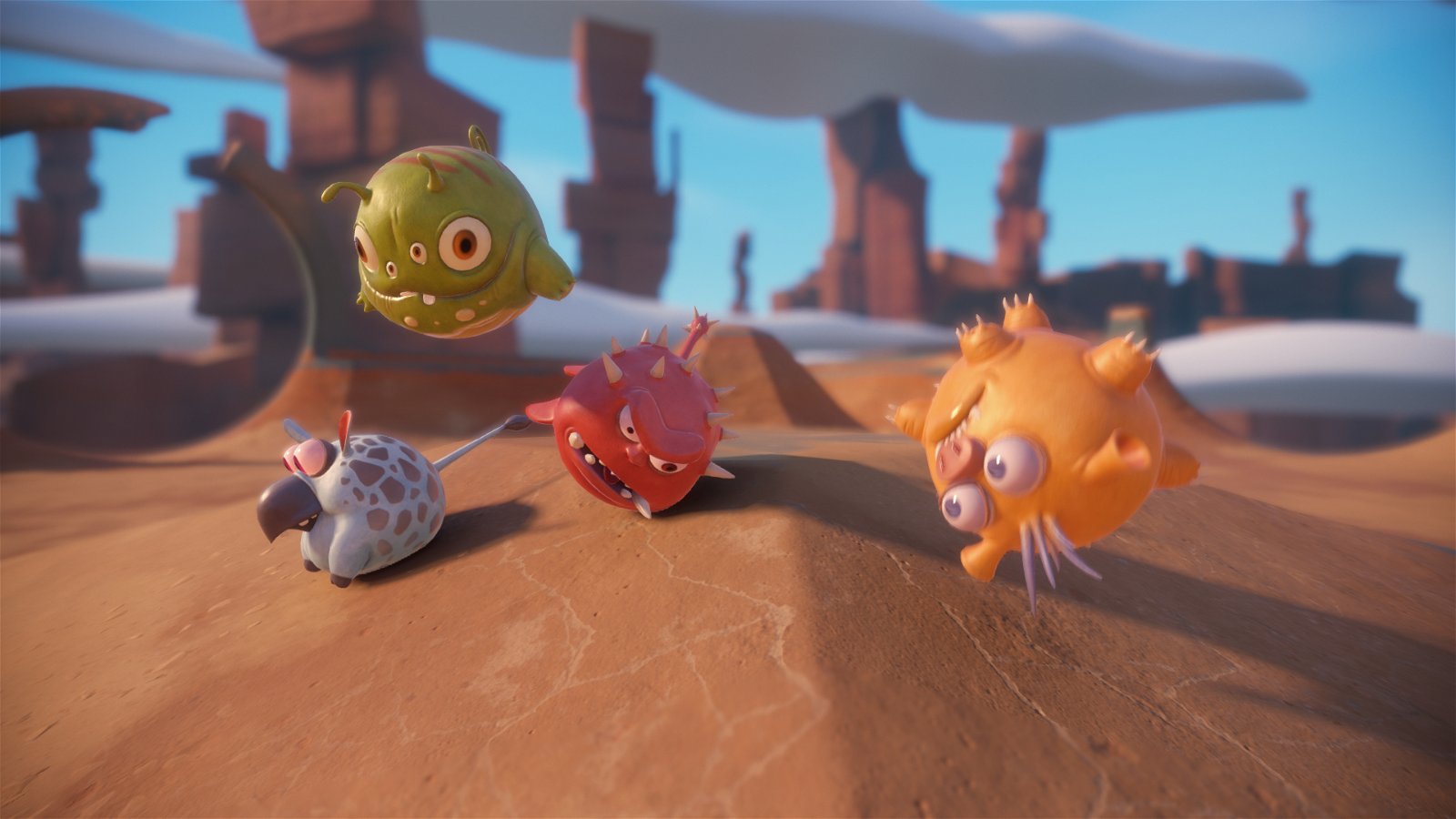 Ready At Dawn has taken a huge shift in design choices since its last gaming outing. From the gloomy, grey setting of Victorian London in The Order: 1886, to the bright, colorful and weird setting of De-Formers, Ready At Dawn’s new physics-based “blob brawler.”

While there aren’t a lot of details outside of the initial reveal trailer, De-Formers looks to be a fast-paced, multiplayer game, looking similarly in style to that one mini-game in Mario Party 2. Apparently, Ready At Dawn will be working with Gamestop, who will be co-publishing De-formers as part of its new GameTrust initiative.

Players will control a blob in the form of various strange and hilarious animal shapes, hurling themselves at other players to knock them off small platform arenas.

While this game certainly looks like a fun little distraction, whether or not it’s worth a purchase will have to depend on how much ends up in the final version. As of right now, the entire game looks like one mini-game that belongs in a series of games.

As a small, potentially $10-15 dollar offering, De-Formers could probably be a really good time.It will all come down to it’s final price point, and content.