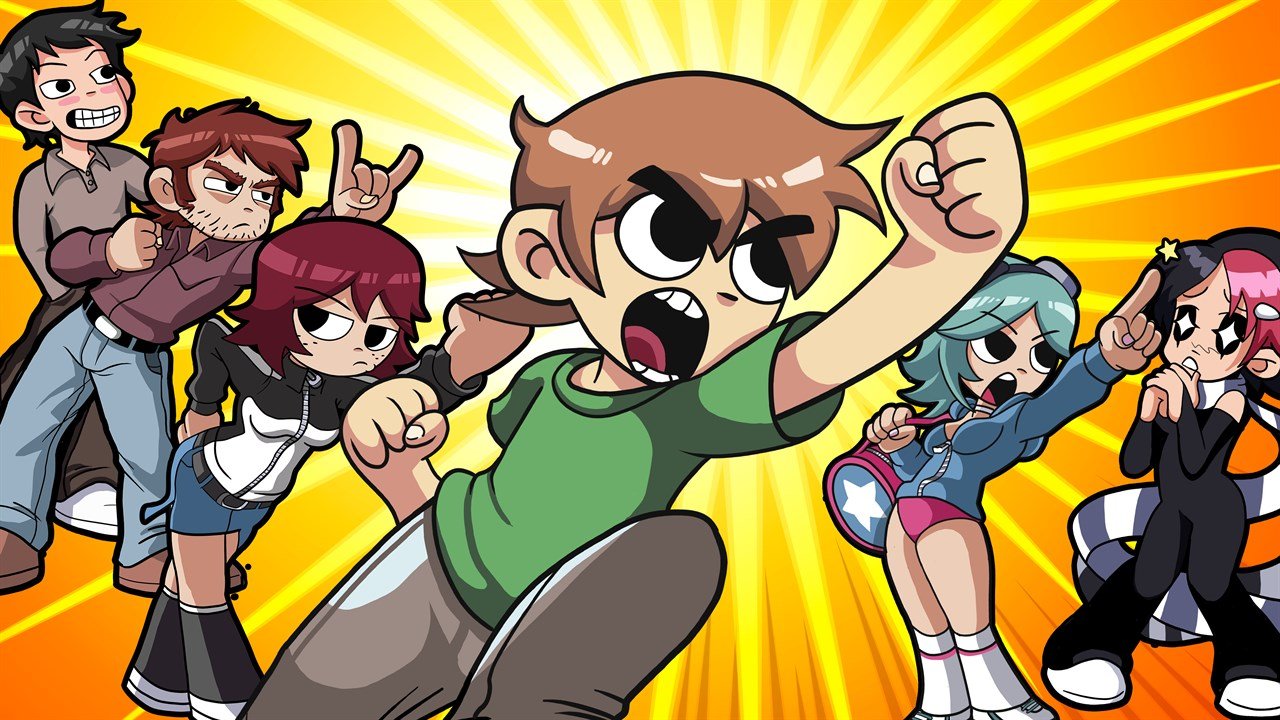 It’s been ten years since Scott Pilgrim vs. The World: The Game, a rare movie tie-in that lives up to its source material, hit consoles—and about six years since it was available for sale. But the Ubisoft brawler is about to get a 1UP.

Ubisoft revealed on social media today that Scott Pilgrim vs. The World: The Complete Edition will be released for PS4, Switch, Xbox One, PC and Stadia on January 14, 2021. First announced in September for a “Holiday” release, this package includes the original game and its two DLC packs, adding a playable character each.

Though released as a tie-in for the 2010 film starring Michael Cera, Scott Pilgrim vs The World: The Game was more of an adaptation of the original source material, the graphic novel series by Brian Lee O’Malley. As in the comic, slacker Scott falls in love with the mysterious Ramona Flowers, and must defeat her Seven Evil Exes before he can win her heart. The game puts the player in the shoes of Scott, Ramona, and his bandmates, Kim Pine and Stephen Stills—as well as his roommate Wallace and his own ex, Knives Chau, in the DLC—to explore a video game recreation of Toronto and best the dastardly exes.

For a modest 2D movie tie-in, the original version was a hit. It functions as much as a love letter to late-eighties/early-nineties video games as an adaptation of a film and comic. It’s a faithful arcade-style beat-em-up in the vein of River City Ransom or Double Dragon (or the more recent Streets of Rage 4), but packed with charm and colour. Toronto is rendered on a map resembling the overworld from Super Mario World, and hoards of easter eggs can be found. However the game was removed from digital marketplaces in 2014 due to licensing issues.

Since then both O’Malley and film director Edgar Wright have expressed a desire to see the game return, and approached Ubisoft earlier this year to make it happen for the movie’s tenth anniversary. Now, Scott Pilgrim vs The World: Complete Edition will arrive in the new year—almost on time.

Players don’t need to know the other versions of Scott’s adventure to follow this pure retro brawler, so this may be the perfect thing to keep the January blues away. It also features local or online co-op play for up to 4 players, a slew of minigames, and a soundtrack from chiptune band Anamanaguchi.

Following the re-release’s announcement, O’Malley tweeted, “Huge thank you to the fans who never shut up about the Scott Pilgrim game, not once, ever, even for one second to let me sleep. This game belongs to you.”