World of Tanks Blitz And Valkyria Chronicles To Collaborate

World of Tanks and Valkyria Chronicles. It isn’t exactly the first pairing that comes to mind. But an announcement trailer hosted by Wargaming reveals the World of Tanks developer is teaming up with Sega for their hit mobile title, World of Tanks Blitz.

According to the official announcement on Wargaming’s YouTube page, World of Tanks Blitz will be featuring content from the Valkyria series provided by Sega. It’s the first time that Wargaming has ever collaborated with another game company. Quite the big deal for a first time endeavor, huh? The developers hope that both series will come to learn and appreciate each other, bringing both the World of Tanks and Valkyria communities together in the process. Which makes sense, seeing how both series are based around tactical gameplay. 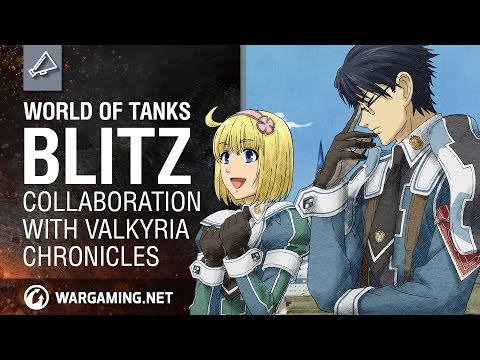 The original World of Tanks launched as a free-to-play game in April 2011 in North America. Then released solely for PC, the game centered around tactical battles among a fleet of tanks, doing combat against one another via 20th century vehicles. Released in North America on June 27th, 2014, World of Tanks Blitz works a little differently than its PC counterpart: While the original PC version features 15 vs. 15 player matches, only 7 vs. 7 are supported on mobile. Regardless, the mobile game has proved to be an incredibly popular title, with over 920,000 five star ratings on the game’s official Google Play store.

The move to provide mobile Valkyria content is an interesting one on Sega’s part. Yesterday, Nintendo announced Super Mario Run for iOS, bringing the legendary Super Mario franchise to smartphones. While Sega has been interested in mobile gaming for quite some time, the collaboration marks a further step towards providing Sega content for popular mobile franchises, too. Perhaps the publisher is interested in a serious push to compete with the growing market.

With Valkyria: Azure Revolution on the horizon, it’s safe to say that Sega is interested in promoting their franchise to the fullest as well. Still, the move is a strange one. After all, World of Tanks isn’t exactly an anime franchise. But to each their own, in the end.