In Algo Bot, players control the movements of a lovable but down-on-its-luck robot, using basic programming skills to solve puzzles. Set aboard the pan-galactic colonization ship Europa, over 46 levels, players must devise algorithms to carefully control Algo Bot’s path, borrowing concepts from the programming world – including variables and subroutines.

In the rich single-player story campaign, Algo Bot meets PAL, a cantankerous and aloof line manager, and Gemini, the cheerfully eccentric shipboard computer. When a routine recycling job goes horribly wrong, Algo Bot and this unlikely band of heroes must work together to save the sleeping colonists on board the Europa. 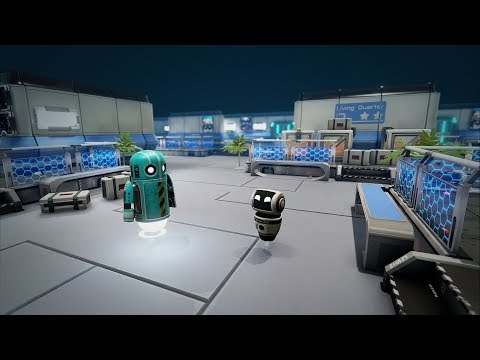 Algo Bot is available now on Steam for $9.99 USD in English, French, Spanish, German, Russian, Polish and Italian and on sale for $8.99 on launch day.