For those who have always wanted to be eaten by an alien
SCORE: 9/10 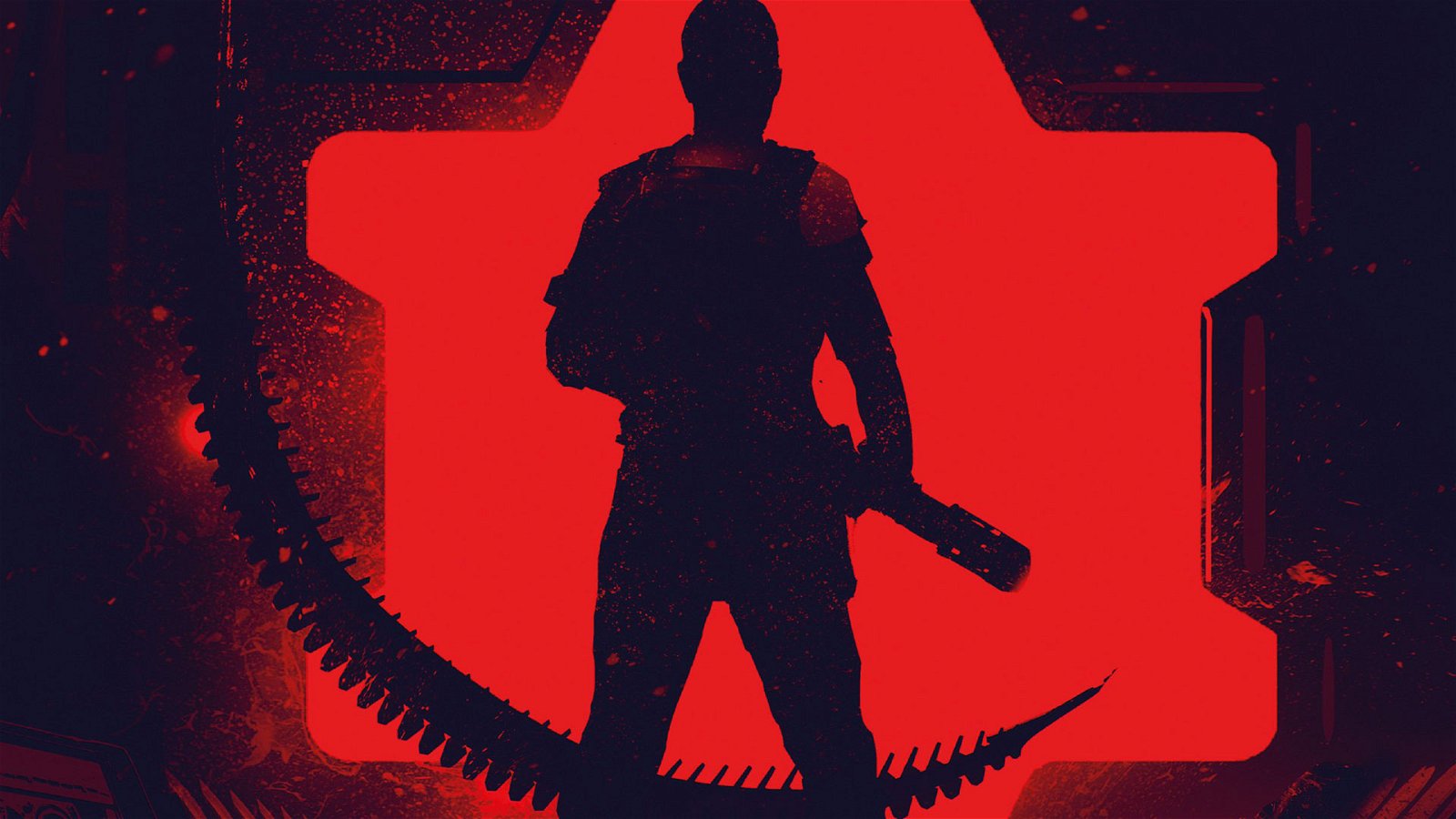 The day I received Alien RPG Starter Set and it’s expansion Destroyer of Worlds my city went into total lockdown. From there it’s just gotten worse and the whole province is now under extreme measures to not go outside and see your friends or family. It’s been this way for ages and will be this way for the foreseeable future. So how was I to review a game that requires others to be present? Well, I strapped on my imaginary space gear and figured it out as I went along.

Alien RPG Starter Set was created by Free League Publishing and is a scary sci-fi tabletop role-playing game. The game was created by Tomas Härenstam and Andrew E.C. Gaska with art and graphic design by Martin Grip and Christian Granath. The D6 game mechanic will be familiar to anyone who has played the fantastic Mutant: Year Zero.

The Starter Set comes with everything you need to jump into a game. The kit contains two books, the Starter Set rules and the cinematic scenario Chariot of the Gods. You can play the game one of two ways, either through a campaign or cinematic. Campaign is for players looking to enjoy an extended stay in the Alien universe and gives players the option to take on a whole host of roles and tasks inside the universe. The cinematic way is more of a movie-like experience or a “one-shot”. This is a quicker way to play and easier for first time role players. I love having both options available and this is what really elevates the purchase intent here for gamers.

The Starter Set is absolutely beautiful and packed with not only useful tools to help your games but gorgeous art. The son of a bitch is HUGE. This is an Aliens fan wet dream. The rulebook is 104 pages and has everything you need to run any of the Cinematic Scenarios. You can pick Chariot of the Gods, which comes in the Starter Set or Destroyer of Worlds from the expansion pack.

In space no one can hear you scream, as the saying goes, but here in game everyone will hear you scream. This is a gruesome game and let’s get ready to roll! Players can die in all kinds of “fun” and bloody ways. The Alien RPG does in fact feel like you’re watching one of the movies, that is if your host is a great storyteller but through cinematic gameplay your GM will have great help. Players must be careful where they go, as Xenomorphs could be behind any dark corner you take. No air duct or broom closet is safe from those terrifying creatures in the dark.

Chariot of the Gods is the first Cinematic scenario you should start out with. It is suggested that you play it with 3-5 players plus the Game Master. This is where it can get a little tricky if you are in lockdown like myself. Thankfully, with a bit of coordination from your friends you can play the game easily enough virtually thanks to Roll20. It’s not ideal and I do love my Role-Playing games in person but it does work. Now if only it was easier for my 5 friends who literally have nothing else to do agree on a playtime.

Chariot of the Gods was written by sci-fi author, Andrew E.C. Gaska. You and your team are crewmembers on the USCS Montero, a freighter hauler, when the ship’s AI redirects it to rendezvous with the USCS Cronus—a Weyland industries science vessel that has been lost in space for the last 70 years or so. Your crew will be rudely awakened from hypersleep and that’s when the nightmare begins. Each character has their own hidden agenda and their own ideas for surviving and making a profit in this disaster.

I can’t praise enough how wonderful everything in this box looks. It’s like unboxing lost treasure. The books are softcover, and bound with stiff cardboard soft covers that will hold up for many games. The value for your dollar here is incredible. Also included are 84 game markers and a beautiful map that would look great framed. There are also 56 custom playing cards that can be used for weapons references and initiative. You also get 10 base dice and 10 stress dice. These die are really eye popping and make playing a breeze. The more your character gets stuck in uncomfortable citations the higher their stress levels will be. The fun never ends, there’s also a huge color map and five pre-generated characters to play. Each of these characters have their own backgrounds, motivations, and secret agendas.

If you want to go all in on the Alien RPG universe you can also add on the Destroyer of Worlds expansion pack. This expansion was also written by Andrew E.C. Gaska and has you playing as Charlie team. Charlie team is a group of marines that must hunt down four AWOL marines who may have stolen intelligence.

It’s a great expansion that is more open-ended than Chariot of the Gods. It also allows you to move more freely as you get to explore the frozen moon or Ariarcus. You also get to choose between 5 pre-generated characters. It also adds a new element that makes it feel more like a board game than an RPG with Story Cards. I quite like them as they keep the game compelling and easy enough for newbies to roleplaying. Story Cards give players direct instructions on how their character should proceed.

Inside of the expansion box is a new double-sided map, five pre-generated character cards, custom cards for weapons, vehicles and personal agendas, player maps and handouts as well as the scenario book. The 88-page adventure is three acts long and very action oriented. If the player dies they take over one of nine NPC characters. The adventure is followed by four appendices.

Getting to the end will be very difficult and this expansion has a ton of replayability. I can see my friends and I really digging into this game as the year goes on and we can see each other again. I loved my time with it and am excited to try new things next time. There’s a seemingly infinite number of choices available to players. This isn’t a one shot campaign at all.

This is an outstanding tabletop role-playing game. Over the past year I’ve become more versed in the format and am getting better and better. I started with Free League Publishings amazing Tales From the Loop before getting more into D&D and Cyberpunk.  There is a barrier here for new players so it’s best to start with a Cinematic game to ease everyone into it. This way players can pick a pre-built character which will require less thinking on their end and get right to seeing how roleplaying games work.

If you’re a fan of Alien and have friends that are willing to play with you this seems like a no brainer. At best, and don’t hate me, I’m a casual Alien fan and I got a massive kick out of this game, mainly because of how scary it was and how quickly everything could go to shit. Players should expect to fail and die here, quite often and that’s half the fun.

I highly recommend giving Alien RPG Starter Set a serious go at your next board game night either virtually or not. It works either way and wow does it rule. 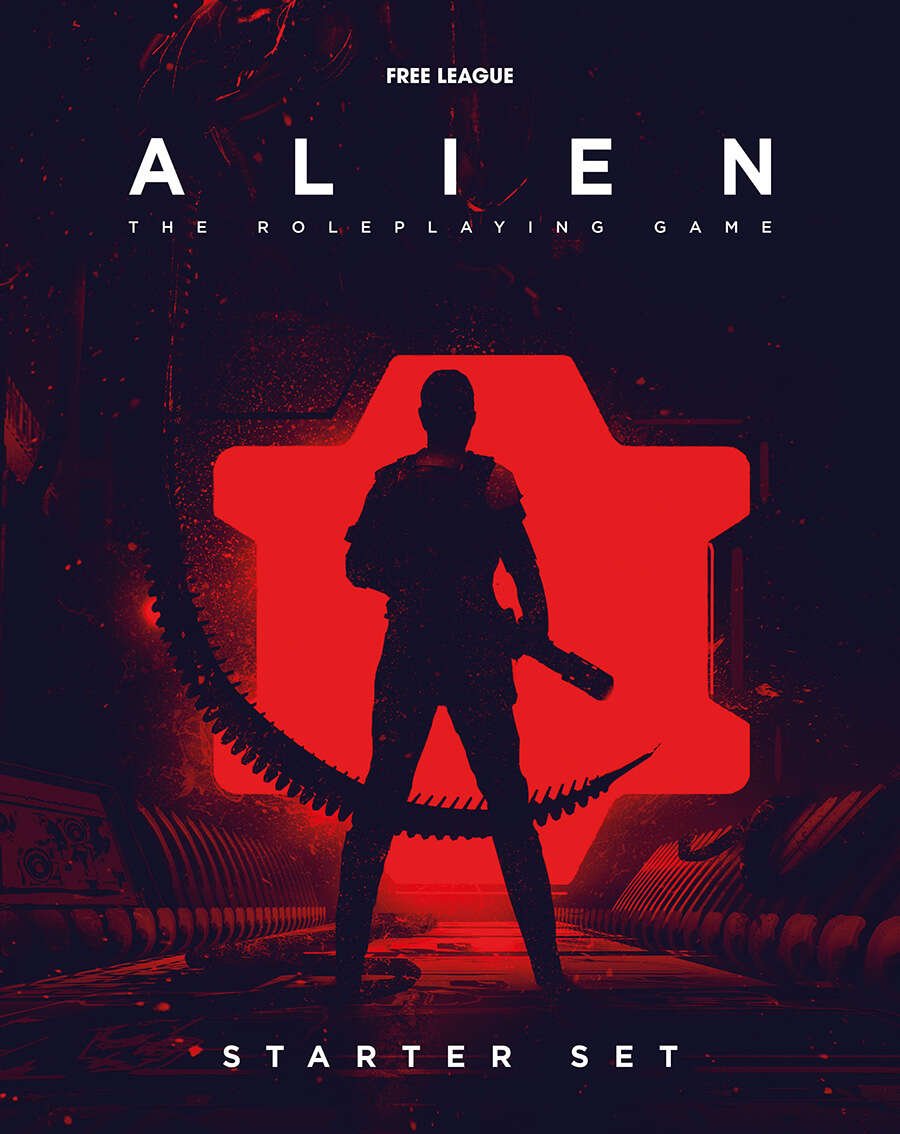