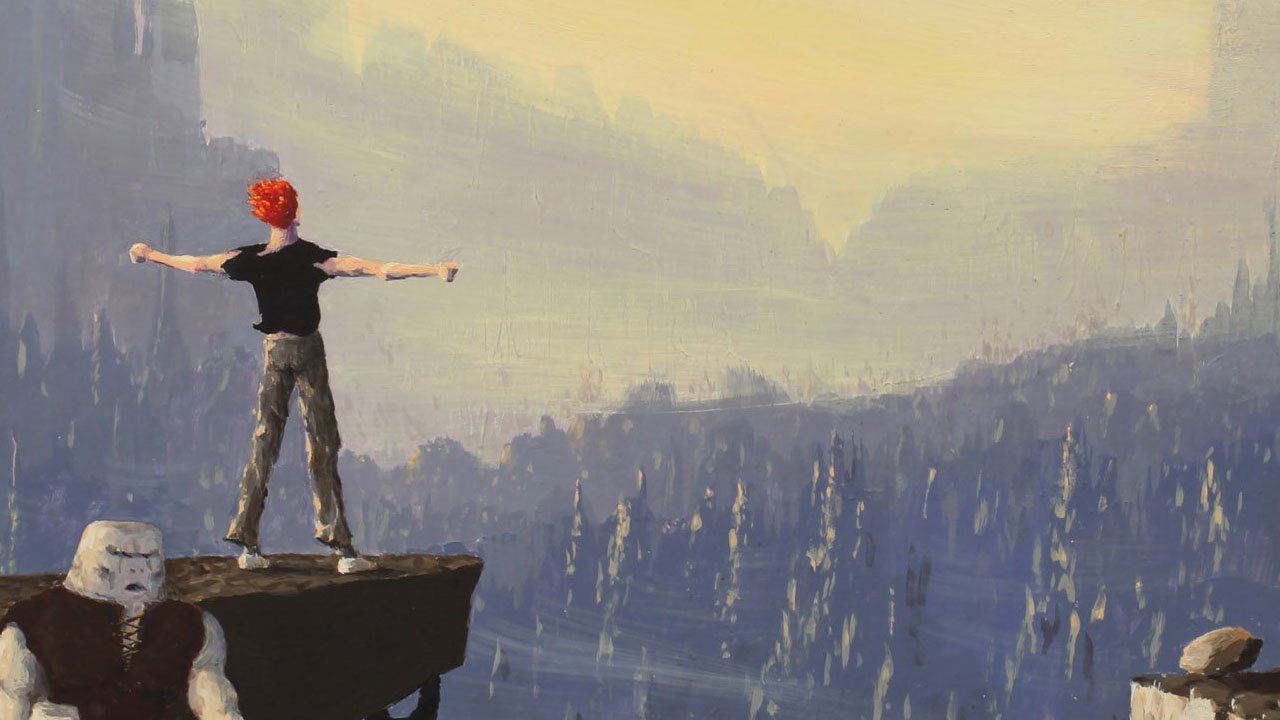 When I first played this game back in the 90s, I knew it by the name Out of this World, and played it over the course of a weekend as a rental for my Sega Mega Drive (I had an import Japanese console). Flash forward 23 years, and the 20th anniversary edition of the game is now available—three years after the fact—on every major gaming console or handheld for today’s market. So how does one of the most celebrated action/adventure games of yesteryear hold up when it’s put on the digital marketplace along with the likes of Limbo, Valiant Hearts and Transistor?

About as well as you’d expect.

Professor Lester Chaykin is conducting a particle accelerator experiment all by himself one stormy evening. When lightning strikes the accelerator, instead of creating anti-matter, it transports Lester to—wait for it…—Another World. The rest of the game is about Lester negotiating the perils of this new planet in his attempt to survive and maybe get home in the process. It’s not exactly Bioshock in terms of plot, but hey, it was 1991 when this game first came out; anti-stalking laws were only just going into effect for society, how much can you expect from game writers of the time in that context?

As to be expected from a game with “20th anniversary” attached to its title, this is a restored, retro experience. Eric Chahi, creator of the game, has gone back to his 20th century console hit, and given it some HD tweaks. The game’s been opened up to a 16:9 aspect ratio for modern widescreen TVs, the graphics have been cleaned up (so it looks like you remember, rather than horrifying you with how it actually looked) and the audio has also been remastered to take advantage of subwoofers and other non-8-bit audio components. This isn’t going to blow anyone away by 2014 presentation standards, but it’s an acceptable, loving clean up for a classic game.

Now, as far as the actual gameplay goes… This is another one of those games that’s going to have a severe, divisive reaction among the gamers of 2014, depending on how old you are. If you weren’t even alive when George Bush senior was President of the USA, and you’re not a hipster, odds are you should stay far away from this game. It’s a fully 2D, platforming action-adventure game, and back in 1991, it was already as hard as Demon’s Souls before Demon’s Souls was even a twinkle in the eye of Hidetaka Miyazaki.

Another World is the definition of an “old school hard” game. There are very specific solutions to the obstacles that Lester comes across, and experimentation to find those solutions leads to rapid, violent death. And that’s the way the game is designed. You are supposed to die a lot, go back to a checkpoint and try again. You’ll try to jump a gap and possibly die. You’ll try to kill an enemy and possibly die. You’ll do any number of seemingly innocent actions, and they will probably end in death. You might even just be watching a cut scene and not realize it’s over, and you’ll die.

In that regard, Another World is, for many, not so much a game meant to be enjoyed and compared with today’s releases, so much as it is an important, preserved piece of gaming history. This was once considered one of the great action/adventure games of the fourth generation. And while it doesn’t hold up by contemporary standards, it’s clear from playing through it that many of the conventions we now take for granted in games had a start here. It’s been a clear influence on future game developers. Comparatively speaking, this was a plot-heavy game, with “luscious, gorgeous” cut scenes, a luxury at that time for gamers. It used timed button presses to perform a variety of functions, and showed how problem solving in a game didn’t need to be tied only to shooting things or inventory management. There’s primal, game development DNA in Another World and its contemporary, 1992’s Flashback.

For $8 and cross-buy/cross-save compatibility with all PlayStation platforms, Another World is a low-risk buy for older gamers with a tolerance for hard games, and younger gamers curious to play through a bit of gaming history. There’s still a fun adventure to be had here for those that don’t mind repeatedly dying, but this game needs to be appreciated for what it is; a preservation of a piece of interactive history, not a competitor to modern games. Taken in that context, Another World is a good addition to the library of anyone interested in gaming as a developing medium.

When lightning strikes the accelerator, instead of creating anti-matter, it transports Lester to—wait for it…—Another World.