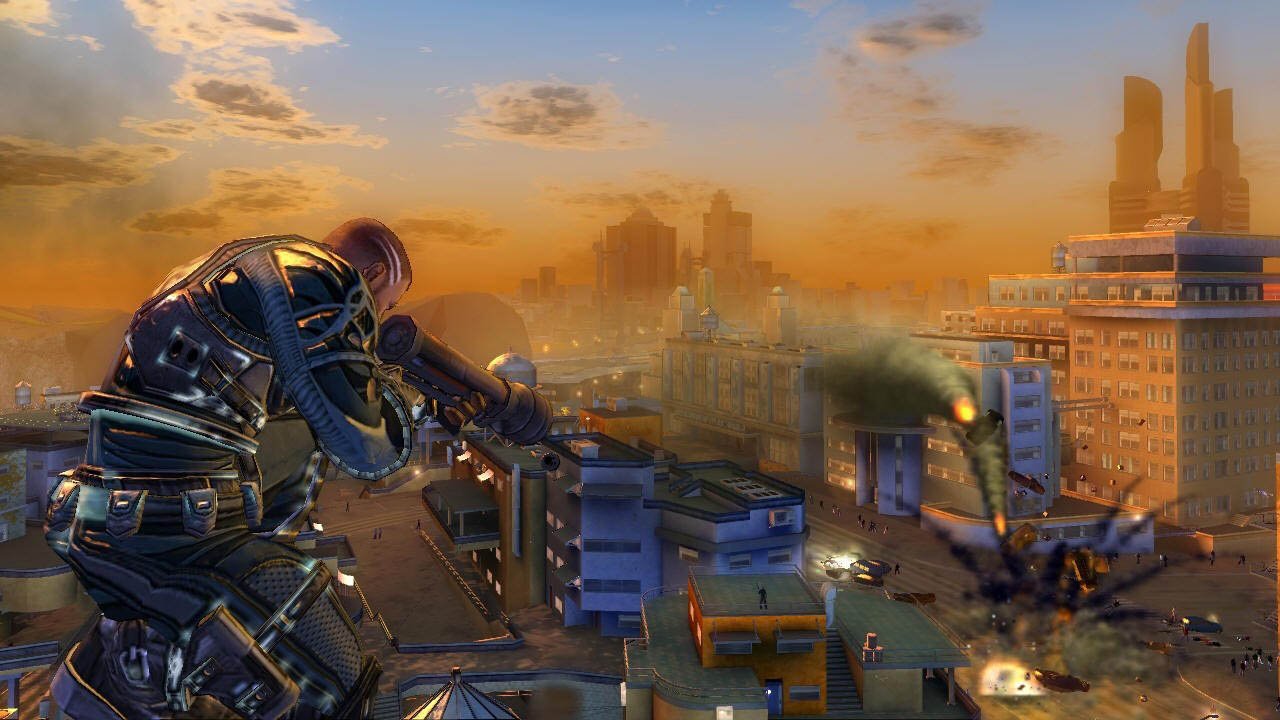 Whether you loved it or hated it, Crackdown was a great representation of an open-world game — maybe too good.  The game didn’t offer the traditional story-based missions common amongst most sandbox titles, instead players were transported to an island, Pacific City, and were given complete freedom right from the get-go: open-world to the extreme. While Crackdown may have lacked direction, it was still as entertaining as ever.

Crackdown 2 proves to be no different.  Set 10 years after the events in the first game, the sequel provides a new take on the sandbox genre by incorporating darker, horror elements.  The Freaks, which are basically mutant brutes, provide an extra challenge to a game that is otherwise unbalanced.  While having an over-powered, god-like super soldier can be fun at times, the first Crackdown taught players that such an unbalanced system also makes for little to no challenge.  By including the Freaks, there is more to look forward to in terms of challenge, regardless of how little that may be.

In terms of story, Crackdown 2 spreads itself thin.  Blinking waypoints on the map guide you in the direction of the stuff you have to kill while your ever-present commanding officer/play-by-play commentator gives you no-brainer facets, criticizes you for your mistakes and commends you for your achievements – well, at least he’s not as annoying at the commentator in the original.  There’s no point asking questions either, Crackdown 2 hardly pretends to have a plot.  If you’re driven on beating the game, let it guide you.

Graphically, Crackdown 2 is sharper than it’s original and it still embodies that comic book, cel-shaded style.  It might sound cool now but, in actuality, it’s unimpressive compared to other game’s graphical capabilities.  If you really take the time to look at your surroundings, everything (the character models, environments, explosions etc.) look pretty basic.  While a game like this probably doesn’t need to rely on its graphics to charm players, it would have been a nice touch – even if only to offer a little more variation from the original.

One feature that has returned with open arms is the attribute leveling system, which allowed players to max out particular skills including agility, strength, driving and gunmanship.  Speaking of attributes, players can still collect agility and hidden orbs throughout the world in order to increase your stats.  So whether you liked to collect items, explore the in-game world or kick the crap out of people there was plenty to do for just about any type of player.

Compared to other sandbox titles, Crackdown certainly isn’t the best; in fact, the game was downright sloppy.  Crackdown 2 has failed to improve upon many of these issues and if it has, the change has been minimal.  So the question is: what makes Crackdown and its sequel such likable titles?  That’s not an easy question to answer but definitely one worth thinking about.  No matter how glitchy the games can be, no matter how sub-par the graphics can be, no matter how unbalanced the gameplay still is there is a great deal of charm to these titles.  Crackdown and its sequel recall the mindless 80s and 90s action flicks you couldn’t help but love – made with poor taste but full of charisma.  Charisma alone won’t win these games a high score, but they will both provide an entertaining and fun experience for just about anyone looking for something out of the ordinary, something that could best be described as a parody of action games.  Funny how that statement makes more sense the more you play.

Aside from the slight increase in challenge, Crackdown 2 is essentially Crackdown, Zombie Edition. Ruffian Games doesn’t take any risks this time around.  It’s as though the developers wanted to preserve the spirit of the first game almost verbatim.  For someone looking for a game with plenty of freedom, Crackdown 2 should be a welcome addition, but anyone looking to have a more controlled experience might think otherwise.  On the other hand, a long time fan of the original might be disappointed by the lack of inspiration, but the next person might be thrilled to revisit Pacific City.  The team has certainly created another entertaining game, one that narrowly misses disappointment.  At the end of the day, it’s hard to deny that chaotic appeal.

Aside from the slight increase in challenge, Crackdown 2 is essentially Crackdown, Zombie Edition. 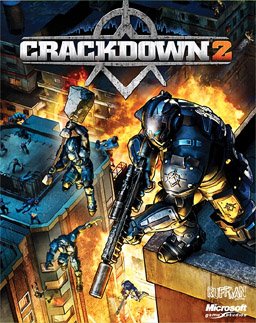