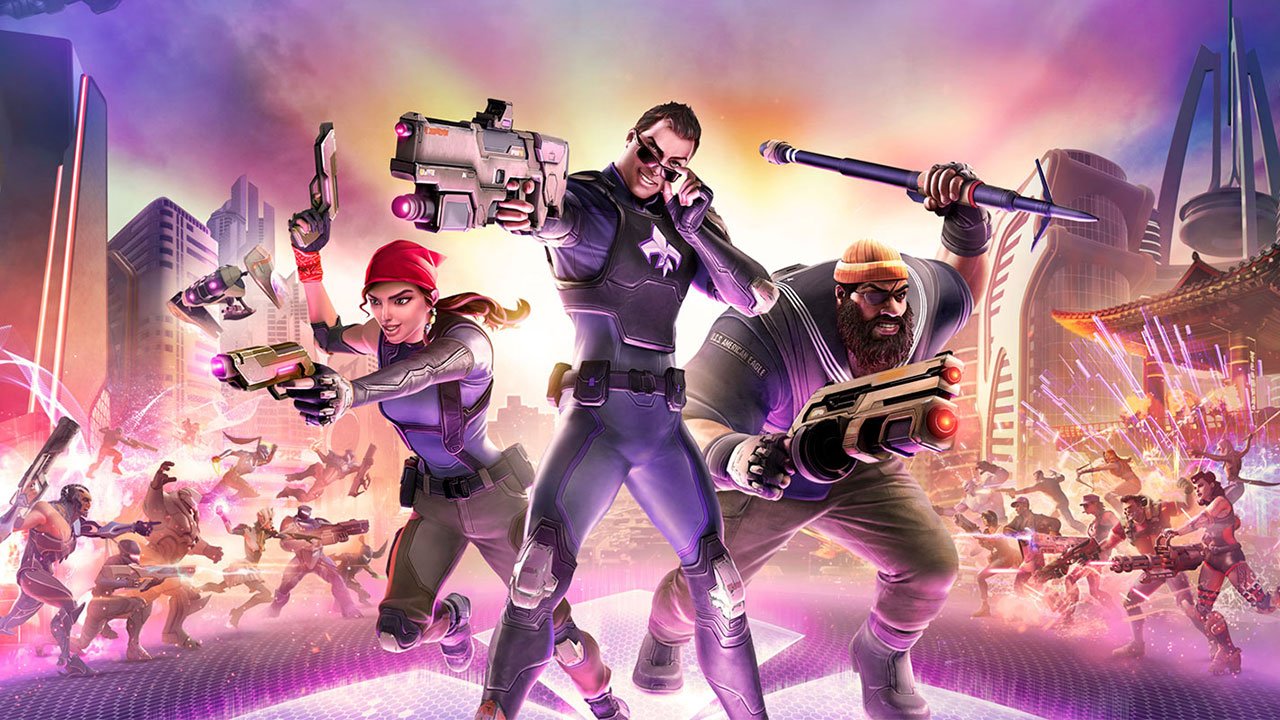 Crackdown 3 could be good. The guys at Sumo Digital are talented, and put out a lot of quality content. On the same token, though, that first reveal looked pretty darn dubious, with some mediocre visuals and hands-on impressions that sounded less than stellar. Seeing and hearing that left me with fingers crossed that it isn’t a half-hearted clone of its predecessors. That tentativeness I have towards it, though, made getting my hands on Volition’s Agents of Mayhem all the more gratifying. While I ran into some technical issues, what I played made me flash back to leaping across rooftops and wrecking bad guys with superpowers way back in the mid-2000s. It seems like Volition is positioned to steal Crackdown 3’s thunder come August.

This starts with the basic conceit of the game—the Agents of Mayhem themselves. This is a motley crew of elite special forces, armed to the teeth with over-the-top weaponry and special abilities. They’re tasked with taking on a sinister rogue’s gallery of baddies, who are equally matched with the agency in terms of weaponry, powers, and larger-than-life personalities. Think G.I. Joe versus Cobra, and you’re halfway there. Set against the backdrop of a futuristic South Korea, this clash of rival organizations takes place across a sprawling open world.

That sounds a bit familiar, doesn’t it? It should because it’s basically Crackdown with a zanier sense of humour. Which is all well and good as far as I’m concerned, considering I loved the first game and the second one, well; it sure was a video game that I played. Point being, that franchise’s influence seems to weigh heavily on Mayhem, but I think that’s for the best—we haven’t had a game like that in a while, and considering the new one looks like it could end up being buns, Volition is setting up a solid competitor.

It’s also setting up players for hours upon hours of gameplay. There are over ten characters to choose from, all of them incredibly diverse in terms of both their backgrounds and what they bring to the table. You can play as a knockout roller derby lady with loads of muscles and tattoos, a handsome Hollywood hunk who’s as self-absorbed as they come, a no-nonsense Sarah Connor-like policewoman, a stoic Muslim woman who’s handy with a bow, and a whole bunch more. Each character plays differently, and requires players to master the mechanics of each one in order to be proficient. Players can have three of these characters out at a time, and swap between them at any time with the D-Pad. Every character has unique lines of dialogue in every story mission—of which there are 55—in addition to personal missions that flesh them out and cater to their strengths. That’s not even including the side missions, the distractions, the collectables, the robust upgrade and load out system there’s a lot to do here, and it really helps lessen the blow that Agents of Mayhem doesn’t feature the co-op that helped make Saints Row work so well.

That said, Agents of Mayhem has some issues that are kind of concerning. The core shooting, jumping, and navigation mechanics feel great, and are a step up from both Saints Row and the Crackdown franchise. But in vehicles, things get dicey. Frankly, the driving feels terrible—they kind of feel sluggish, even with a boost, and I can’t see myself using them unless it’s absolutely necessary. On top of that, melee attacks are wildly imprecise and unwieldy, which is surprising considering melee was one of my favourite parts of all the Saints Row titles. There were also some technical issues, namely AI issues and my ability to sequence break a mission simply by using one of my special items. I also noticed the game hard crashing on a unit next to me. This thing launches in around two months, so all of that’s a little concerning.

But I am still looking forward to Agents of Mayhem, despite these issues. It’s funny, feels good to play for the most part, and looks to have a wealth of diverse content to sink my teeth into. I’ll definitely be checking it out on when it rolls out in August.