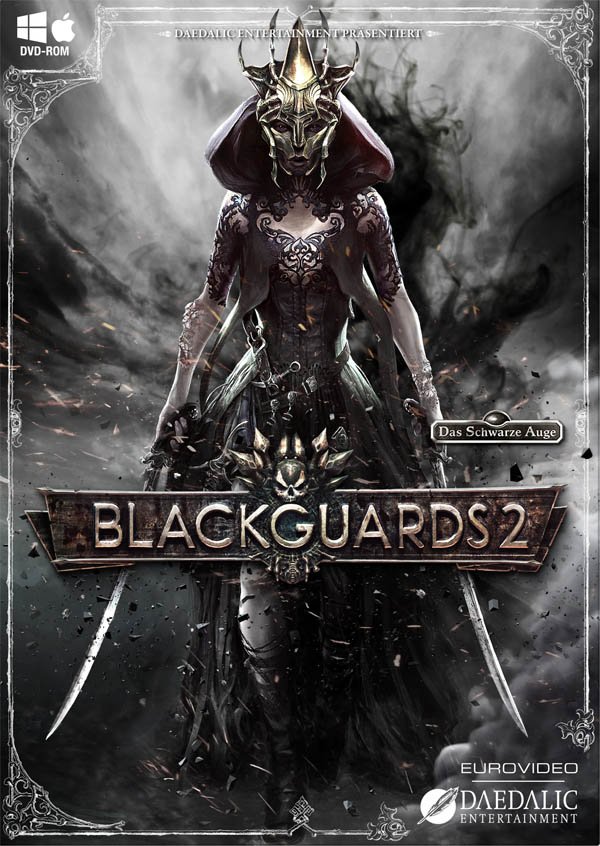 I will confess that when I set out to review Blackguards 2, I had not yet played the first installment in the franchise. At first I was fearful that this may impact my ability to critique continuity, but quickly realized that not only would that not be a problem, but that it also afforded me a rare opportunity to determine whether or not Blackguards 2 would be intuitive enough in its own right if you were to walk into it with no prior knowledge. I’m very happy to report, then, that at no point did I feel like I was missing out on the experience the game set to provide me with by not having played the first title. What’s more, the reintroduction of the heroes form the first game, paired with clever writing allows the player to not only fill in the gaps, but also understand what has happened between the first and second Blackguards.

At its core, Blackguards 2 is a tactical turn-based RPG that doesn’t stray too far from what that description would suggest. That being said, the sheer size of the battle maps, number of interactive terrain elements, and interesting enemy mechanics bring some much appreciated freshness into a genre filled with tropes. The RPG rule-set is based on the tabletop game The Dark Eye, so it should be of no surprise that this adapts very intuitively to a PC Tactics game, even for those as unfamiliar with The Dark Eye as I am. The meta-game feels comfortingly familiar to those who have played titles such as Final Fantasy Tactics, as when not in combat, you command the heroine Cassia’s growing army of forgotten heroes and mercenaries from location to location on the world map on a mission of revenge. Or promises. Or Greed. Or hope. Or Ruthlessness.

You see, where Blackguards 2 really shines is in the writing. Cassia starts the game imprisoned in the catacombs below the arena in the capitol city, locked up by her husband, a self-proclaimed God-king figure. Alone and driven mad by years of exposure to the venom of the sacred Corapia spiders that harass her, her journey begins. What drives her is up to the player to decide, and the game informs you very early on that dialogue options you choose will have consequences. Unlike many titles that have claimed the same in recent memory though, Blackguards 2 means it. It means it so much so, that by about twenty hours into the game, I grew suspicious that I may, in fact, have become the villain of my own story.

There is more than enough drama left over from the first game, paired with the new additions to the cast, to keep the player ever on their toes. After 60 hours or so of playtime, the constant fear and mistrust can bring out the worst in a player, and the consequences that your actions hold can leave you far from the moral direction you originally set out with. For anyone who values choice and consequence in videogames, Black guards 2 will surely shine in a way that few titles have since the original Fallouts, and the closing moments of the game are beautifully powerful if you attempt to play the hero, as I did. When I set out, I was ashamed I hadn’t played the original out of a sense of journalistic responsibility. Now, though, I’m ashamed I haven’t played it because if the story is that half of Blackguards 2, it’s certainly not something to miss.

At its core, Blackguards 2 is a tactical turn-based RPG that doesn't stray too far from what that description would suggest.
REVIEW SCORE
8
File Under: Daedalic Entertainment, Strategy