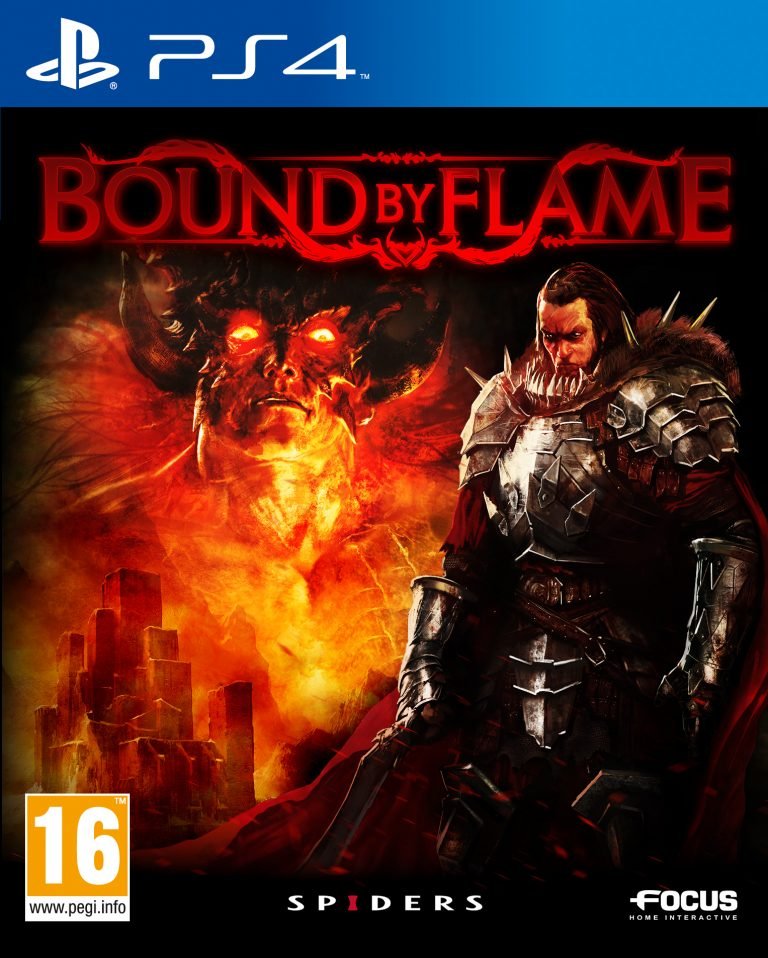 The old-fashioned fantasy role-playing game isn’t as common as it once was, but every once a while a new one will come out. BioWare currently still holds the belt for reigning champion of the genre in the West, even if they lost some shine with Dragon Age II. CD Projekt, from Poland, is another developer that’s established a good reputation for itself. Now we have Spiders, a French studio based in Paris, dipping their toe into the action RPG arena while things are quiet. And it’s good timing for them because it gives this uneven RPG a chance to play where there’s no serious competition around. At least on current gen systems.

Evil wizards known as Ice Lords having been living up in the “North” and slowly annihilating all opposition that comes their way with a vast legion of undead armies. Where they go, winter follows, and the last free peoples of the realm are desperate. A group of scholars hires a mercenary band to protect them while they conduct a ritual that could turn the tide of this war, but something goes wrong, and the player’s character is infused with a demon of fire. Now the fate of the world rests in the hands of a merc with a fire demon, and that’s the basic conflict of Bound By Flame. For anyone that’s been keeping track of recent fantasy genre hits, yes, there’s a heavy Game of Thrones vibe happening in this plot and it often strikes a little too close to the source material for comfort. It’s also unfortunate that while Spiders has generally managed to capture the Game of Thrones tone, they fail to execute it as successfully as George R. R. Martin himself. The plot is poor, the characters are not well developed, and while there’s the occasional line of entertaining dialog, overall, the delivery and script tend to be flat. Where most games have cutscenes as a reward for gameplay, Bound By Flame feels more like the game is a reward for sitting through the tedious cutscenes.

Graphically, this game feels—and is—a budget title. Spiders is not a big developer, and Focus Home Interactive is not a massive publisher. In some respects, this is one of the few teams that occupies that middle tier niche formerly occupied by THQ and other companies. Spiders has a competent art team on hand, but they can’t hide the fact that this is a cross-generational title, designed to run on last gen as well as current gen hardware. The current gen graphics suffer as a result. Textures and lighting lack crispness and detail, particle effects aren’t in heavy use, but the unlocked frame-rate always keeps things at a smooth 30 frames per second or higher in simpler, less populated areas.

The audio fares a little better or at least, the music and audio effects do. A wide variety of compositions manage to carry the mood more effectively than the graphics, and clashes of blades and shooting of fireballs have a decent enough punch. The acting, unfortunately, is largely forgettable, with only a few decent performances and a reliance on F-bombs to get the point across, like an amplified version of—you guessed it—Game of Thrones, which brought profanity back into modern fantasy.

Normally this would put a fantasy RPG in a very bad place as story—and the presentation thereof—are major components of the genre. Fortunately, for Bound By Flame it manages to redeem itself in the gameplay department.

In contrast to most other RPGs that are trying to be as accessible as possible to an action oriented/FPS crowd, Bound By Flame is made for veterans. The systems have depth, there are choices the player can make that have an effect on certain plot points, and, perhaps most surprisingly, the combat is always going to test your skill. Unlike some of the more disappointing turns that BioWare has taken in recent years, with combat being an easy, button-mashing affair with no skill, Bound By Flame takes a measured, strategic approach to combat. You will need to play smart, or you will die. Repeatedly. For more casual gamers, this is your chance to walk away from the game, but for RPG fans, even if the story is disappointing, the actual game isn’t.

There are two and a half combat classes or “stances” in the game. For a more Conan-esque approach, the Warrior stance allows for the swinging of two handed swords, hammers and axes. It’s a lumbering, powerful style with high damaging moves that relies on blocks and well-timed parries to win fights. The other, Ranger stance, uses twin daggers and is much more mobile; the player needs to dodge frequently and dart in and out of strike range. The “half class” is, of course, the magic you get from the fire demon. Regardless of which stance you prefer using, both styles of combat get use of fire magic, ranging from fireballs to flaming weapons.

Combat is actually quite substantial, even though it initially seems limiting. Players can switch out combat stances on the fly, merely by changing weapons during the fight. Any fight can be won by strictly sticking to one style, but the level of challenge for a fight varies wildly. Some fights are just easier with a big sword rather than a pair of daggers, and vice versa. And it is never, ever easy. Even in the late game, the player can still get taken out by low-level minions through sloppy play, so it is essential that skill and focus are maintained during combat. In this respect, the game is more like Demon’s Souls than it is Call of Duty. The enemies aren’t here just for you to defeat, they can easily defeat you if you’re not careful.

Coupled to this is a satisfying though not particularly deep RPG character development system. There’s the usual convention of killing things and completing quests for experience points, and when your character hits a new level, skills can be purchased. These skills do everything from enhance a particular combat class to giving you more resources when you break down weapons for crafting. There’s even a crafting system of sorts that allows you to make your own potions, traps and even mod weapons for added effects and better stats.  These nitty-gritty mechanics of the actual game are solid and well implemented, making the actual play of the game fun once you get past the initial first two hours of tutorial-style introductory play. Skill choices can be quite meaningful, radically altering your style of play with the right choices, so there’s some actual replay value here, seeing how your combat can change in a new playthrough with a new skill set.

One nice addition (or perhaps subtraction is more appropriate) is that choices in this game, due either to design or budget considerations, do NOT tell you whether a choice was good or bad. Mass Effect and other morality games like InFamous always notify the player of whether a choice is good or evil. Bound By Flame doesn’t signpost the morality of a choice, leaving things much more interesting and ambiguous. It’s one of the few features of the game’s narrative component that actually work in favor of the story.

Unfortunately, this solid gameplay is also mired by a few bugs here and there. It’s obvious there are some patches that need to be implemented for fixes. Some quests couldn’t be fulfilled because the mission objectives refused to properly complete, such as a side-quest to find missing troops where the system acknowledged the troops had been rescued, but still insisted they needed to be found first. The game would also occasionally freeze on the screen for manual saves, which meant some progress lost here and there, though usually not hours of progress.

Ultimately, Bound By Flame puts the studio Spiders in the same position that Avalanche once was with the first Just Cause. There are some solid mechanics here that are marred by some significant issues, preventing the game from becoming a classic. Priced at $50, it’s a budget title, but since Dragon Age is months away for PS4 and Xbox One fans, this is a competent way to scratch the RPG itch. The gameplay is actually stronger than the story, an unfortunate turn of events for a genre that relies so much on narrative, but there are still moments of entertainment in the otherwise unimpressive writing, and some good ideas in its combat and leveling systems. PS/360 owners have better options with Dark Souls II, but current gen console owners can safely consider this a dirty but serviceable oasis in the current RPG drought.

Now the fate of the world rests in the hands of a merc with a fire demon, and that’s the basic conflict of Bound By Flame.
REVIEW SCORE
7
File Under: Focus Home Interactive, PlayStation, RPG, Xbox