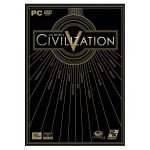 Civilization from the mind of Sid Meier has been with us since the early days of PC gaming. Released in 1991 the game was a critical and commercial success. Few other games of the time could consume countless hours and reward players for such absorption. Every move you made helped your empire to grow and expand, and the game could change every time it was played. Now it is nearly twenty years later and Sid Meier has done it again with Civilization V. It is this year’s must own game, period.

For anyone new to the series, Civilization V is about leading a nation of your choice through the eons of history to finally win in one of many ways. To accomplish your goal you must first start with a single city and a leader of your choice, each of who have select bonuses and advantages. From this point you scout out for resources, manage your economy and build up your military to attack or defend as needed. There are four main ways to win with a game of Civilization, some being easier than others. Dominating the world though military can often be the simplest; this is where you will need to capture each of the capital cities of all enemy nations. There is also the possibility to win though technology and build all the parts you need for a starship. You can ally with nations and city-States across the world and win with diplomacy, or you can win with culture if you have a large number of government policies and research ‘the Utopia Project’. Needless to say, you can play again and again, finding a different way each time to mount a victory.

New and experienced players will appreciate the more streamlined interface that Civilization V has been given. The interface indicates what needs to be done quickly without interfering with gameplay. Everything is easily accessible and with a few mouse clicks any aspect of the game is at your fingertips. This means more playing and less fumbling with menus and odd interface choices that take away from the fun of the game. Civilization V does a great job at displaying vital information on the screen along with making it easy to access by a simple mouse click. If there is new research options available the interface will tell you this, and within a few clicks you will be well on your way to your next breakthrough in technology. Overall the interface has been improved in many ways and there are few if any problems that can be seen with the improvements. All these improvements make this the most accessible title in the series and new players should not worry about being overwhelmed, within an hour or so you will feel at home behind the Civilization helm.

If you have played previous games in the series you will notice some features have been removed this time around. The most notable of these is the removal of religion and espionage, if you were a player like me who used to exploit these features it is sad to see them go but the overall additions more than make up for these exclusions. Besides many aspects of the series have returned and have been improved in the process. The advisors are back, now with their advice permeating throughout the build and research choices in the nature of little icons. These will not lead you to victory just by following what they say, but if there are many icons on a choice, it may be a good thing to look into. The Civilopedia is also back and is only ever a click away and offers a vast amount of information that can be looked into at any time to help with planning strategies and gameplay decisions. The wonders make a triumphant return in Civ V yielding tangible benefits for the expansion of your civilization.

The most notable change however is the change from squares to a hexagonal map. With this change comes a complete change in military strategy. In past Civilization games you were able to stack many units on a single tile and move them all at the same time. This allows for one extremely powerful single space military force. With the Hexagonal change comes the requirement that only one military unit can occupy one space at one time. Military plans must be made with this in mind, and once you make an attack you need to know that other units may take more than one turn to come to the rescue. Terrain bonuses come into play far more with this title as well since some units have strengths and weaknesses based on the ground space they are on or moving onto. The strength and ability of the unit also changes as the unit levels up, this can turn the tide of battle if you have a few very strong leveled units it can sometimes take on a much more powerful opponent and still emerge victorious. When a unit levels up you can choose one of several upgrade options, such as heal unit, attack bonus on flat terrain etc. as the unit levels up more these options keep expanding. This system layers risk reward options into the tactical choices of battle. When the research path allows for it you can also upgrade with gold to allow a unit to become the more powerful iteration and this can ensure no unit goes to waste on the map.

The most groundbreaking change in this reviewer’s opinion is the addition of the small single city civilization called a city-state. These cities can be very useful in a civ game. Much like any civilization you can just conquer them and take all they have, but if you learn to use them and exploit their resources  they can be a strong ally. They will attack enemies and will defend their boarders. Beyond this they can also act as a strong ally against an enemy. It is really all in how you play, you can leave them as neutral and ignore them, but, if you do want to take advantage of this aspect of the game, it can prove rewarding and an interesting change in gameplay. You can gain standing with these city-states in numerous ways, the easiest way is just spending money on them, accumulating interest in the process. The city-states will also offer quests that once done will help with your faction’s standing. These quests could range from collecting a rare resource to destroying a barbarian camp near a border. These states can also be a thorn in your side, if you try and take over too many of them, other city-states may try and band together to defeat you and can prove dangerous if enough of them are together attacking.

The visuals of Civilization V have been vastly improved. Every aspect of the game shows motion and movement. The units move as a group but can be zoomed in on to see all the beautiful individual details as you command them with your orders. Even the background and water contain exquisite animation. If you have the hardware, you will be amazed at just how great Civilization can look. With all this comes a price though, if you have an older computer Civilization will not run well and you will find it nearly unplayable. That being said if you have a desktop with a good graphics card built in the last five years you should be able to play this game no problem. Many high-end laptops will not have any problems with it either.

But if you are on a computer with an integrated graphics card please be aware you will not have an optimal experience with the game and you may want to look at one the of the previous Civilization titles.
Civilization V is an excellent title and if you are an experienced strategy game player or someone who wants to get into the style of game it is a must play. The series has always proven to be the top tier of the style of game and this one is no different. The changes made to the experience show just how solid the team is working on the game and there are few titles that will give you this many hours of play for the price of admission. Be prepared to have many enjoyable sleepless nights ahead, Civilization V is a must buy for anyone on the PC interested in gaming and you may even find you can bring some new gamers to the table with this title.

Civilization V is an excellent title and if you are an experienced strategy game player or someone who wants to get into the style of game it is a must play.
REVIEW SCORE
10
File Under: Civilization, Fantasy, Multiplayer, PC, RPG, Strategy