10-Year Game of Civilization Devastates One World, Inspires Another 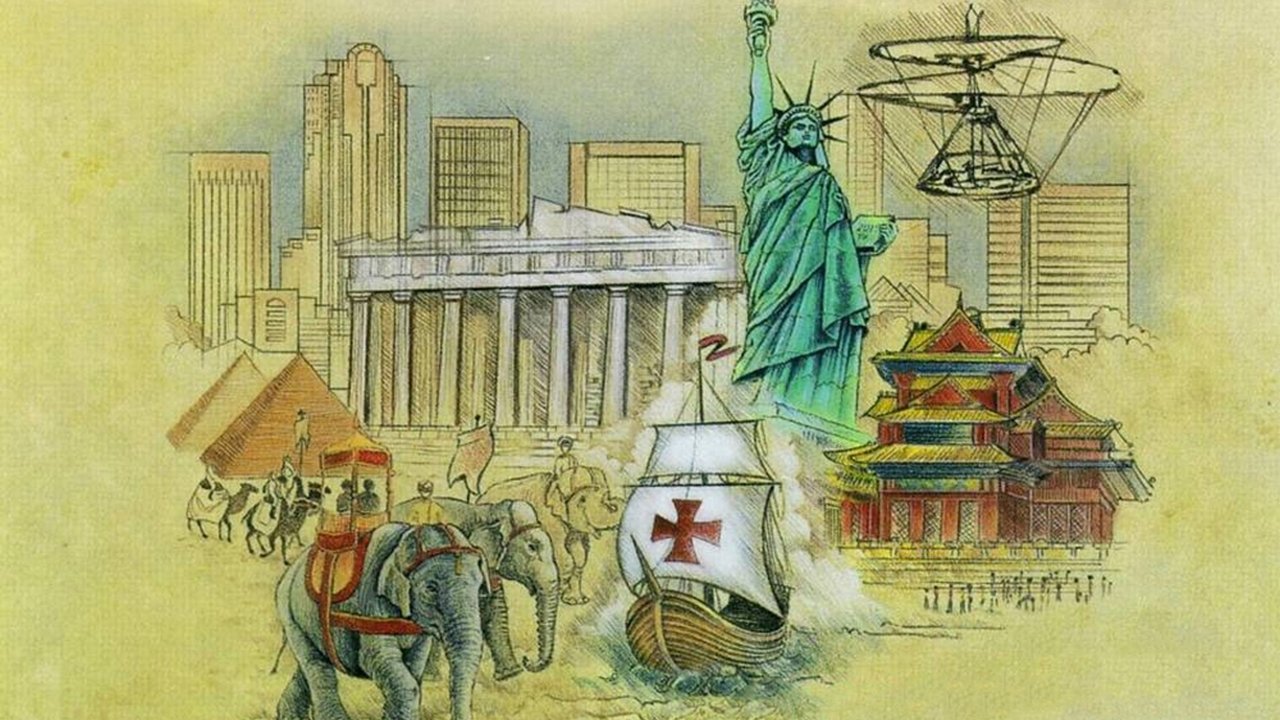 A trio of decade-long events: the American war in Afghanistan, the reign of Vladimir Putin, and now a single game of Civilization II. While the scope of the 1996 computer game is larger than most, following a nation from ancient history to interstellar travel, a match is normally won or lost in less than 10 hours. However, last week Reddit user Lycerius became an instant celebrity on the social news site by detailing his 10-year stalemate, which has drawn many comparisons to George Orwell’s Nineteen Eighty-Four:


“The world is a hellish nightmare of suffering and devastation. There are 3 remaining super nations [the Celts, Vikings and Americans] in the year 3991 A.D., each competing for the scant resources left on the planet after dozens of nuclear wars have rendered vast swaths of the world uninhabitable wastelands…The ice caps have melted over 20 times (somehow)… As a result, every inch of land in the world that isn’t a mountain is inundated swamp land, useless to farming. Most of which is irradiated anyway… Roughly 90% of the world’s population (at its peak 2000 years ago) has died…The Sioux barely cling to life with four cities on a remote island…though I don’t expect them to last long. The Americans have been pursuing them ruthlessly.”

The mad tale was predictably well-received on countless gaming sites and on Reddit itself—users even created a dedicated forum for it, r/theeternalwar, which accumulated around 14,000 subscribers in four days. Contributors have spent the last week creating flags, propaganda posters and even national anthems for the remaining empires. Lycerius, who the BBC identifies as James Moore, has since released the save file online to allow other commanders a shot of ending the deadlock. At least one has achieved that goal; another poster is attempting to lead the crippled Sioux to glory, while another asserts that the only moral choice is to surrender to an opposing empire, ending the war as fast as possible.

However, what is more remarkable is the way mainstream news outlets have embraced the story, rather than ignoring it or spinning Lycerius’s dedication as yet another pitiable case of game addiction. The tale of the Eternal War was quickly picked up by the Washington Post, NPR, Forbes, discussed on BBC Radio 4 and various TV stations, became a trending topic on Twitter and even reached Germany’s Der Spiegel and Italy’s la Repubblica. It wasn’t long before the game’s designer, Sid Meier, stepped in to address the grave prophecy. “It’s been more than 15 years since we released that game, and I don’t think any of us expected a decade-long game would come out of it,” he told The Associated Press. “It would be amazing if we could come back in 2025 and find out if someone’s had a 10-year game of ‘Civ V’ going.”

Novelty aside, what made the story so captivating that even multi-billionaire Mark Zuckerberg took notice? One factor is certainly the man’s unshakable determination. “Most gamers play a game, then put it aside when finished or when a newer version comes out,” CNN contributor Larry Frum told us in an email interview. “He chose to act differently.” Certainly people have played the same games for 10 years—2002 saw the release of Warcraft III, for example—but the same match?

Perhaps more importantly, everyone loves a good apocalypse theory. According to Frum, the match “shed some light into the ultimate question about our world and its possible future. His bleak, flooded map surely made people pause, even though they knew it was a video game.” And while the horrific world of the future has been foretold in every form of media for countless years, the Eternal War of Civilization II carries with it a sense of objectivity. This scenario is the conclusion of a machine, and by no means one it was designed to produce—Meier has stated as much. The only human factor, Lycerius, is actively fighting against this result, struggling to end the war quickly and clean up the pervasive flooding and fallout. Such a dystopia seems inevitable, or fated.

Luckily, the simulation is far from perfect: the world depicted in Civilization II stops evolving in 2020. So long as future generations keep working up the tech tree—investing heavily in diplomats, philosophy and environmentalism—we may yet stop the neo-Vikings from nuking Sioux Island into molten slag.