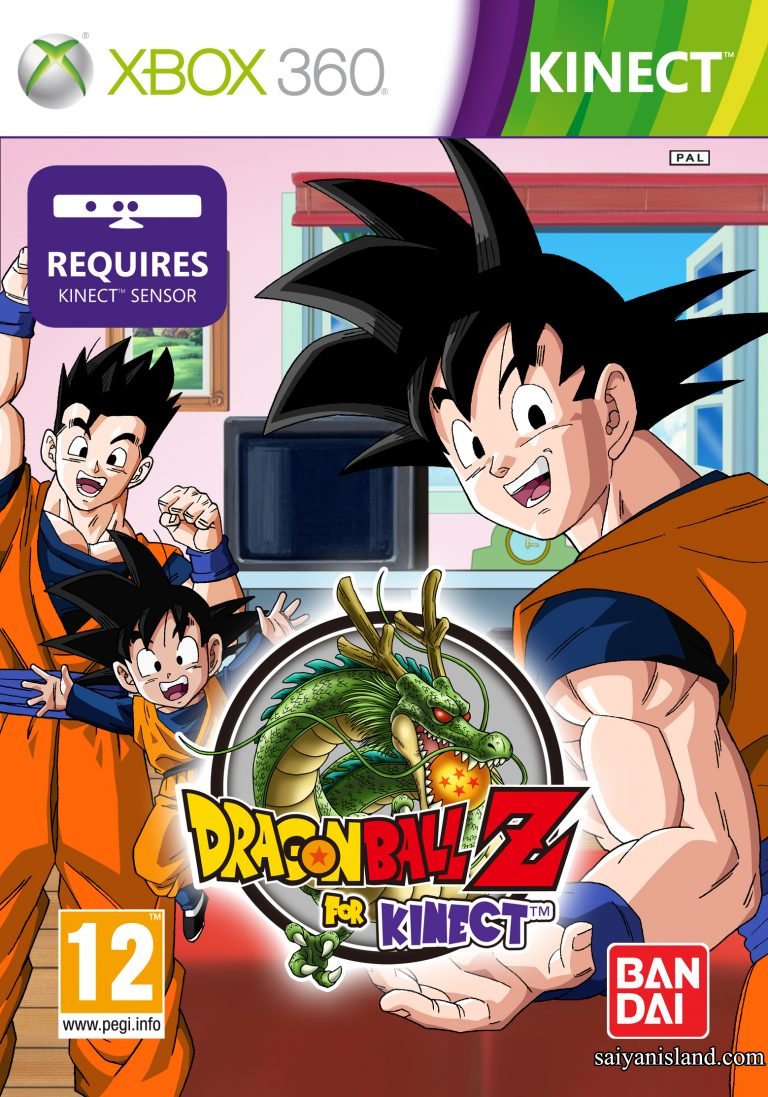 Ask any Dragon Ball Z fan and they’ll tell you stories of when they were a child, jumping around their living room shouting “Kamehameha” at friends and family, thrusting their arms up and down as they try to attain a Super Saiyan status. With the arrival of Dragon Ball Z for Kinect, the hope that this fighting game would allow you to do just that was brought back from the dead. The premise of the game sounded interesting and the potential to be a phenomenal fighting game had me bouncing in my seat. There was one major issue, though, the developers, Namco Bandai, overlooked when producing the game. They used the Kinect as their gaming medium, and the game turned out atrocious.

Like many other games on the Kinect, the motion controls players must use to defeat the array of enemies the game provides, were glitchy and nonsensical. If you moved your arm a little too much to the right, the game was interrupted as the Kinect tried to find where your arm had disappeared to. While I normally don’t mind when this happens, as with the Dance Central titles, when it comes to a fast paced fighting game, the smallest interruption seems like a complete disaster.

The moves are simple enough after the first couple of playthroughs, but at times it can seem monotonous and repetitive. To defeat the enemy which appears on screen, you must complete a certain number of moves, both singles and combos. These moves can be as simple as a kick or a punch or as difficult as a combo ending with Goku’s powerful Kamehameha. As you are attack your foe, a bar is filling with points. Once you hit a certain point, the bar becomes full, and you must perform a series of fast paced punches until your enemy is eventually defeated. While it’s not necessarily an, “over 9000” power, it certainly wears you down.

This was another problem I had with the game. I can understand using the Kinect as a way to get players to move around instead of lounging on the couch, but I found Dragon Ball Z was a whole new level of exhaustion. Perhaps I’m just bent out of shape, but after a couple of rounds, ending in this fast paced, consistent punching the game requires, I could barely raise my arms to choose the next battle. When I’ve played other Kinect games, I’ve been able to enjoy the physical exertion while playing for an hour or two. With Dragon Ball Z, one or two fights wore me out completely. I suppose, one could argue though, that this is pretty authentic to the series. In the actual anime, the battles would span over quite a few episodes, with each character wearing down each time. As far as the game goes, however, I couldn’t play it without my body aching.

One positive aspect to the game I did thoroughly enjoy was the art style used. For myself, playing was a completely nostalgic experience. The art direction stayed extremely close to the actual anime itself, and even boasted a couple of new scenes from the anime which I had never seen. One of the reasons why Dragon Ball Z was so popular among kids, and even teenagers, was the unique anime aesthetic the show carried over from Japan. This was, for many people, the introduction to Japanese animation and the encompassing fighting which came along with it captured the hearts of thousands, if not millions. I was glad to see Namco stay with the traditional Dragon Ball Z look, instead of trying to reinvent the series for a younger generation.

The cast of characters, while present, were used unexpectedly. Most of the major characters from the show are in the game, (Goku, Krillin, Frieza) but the way they are inserted is semi-childish. The game comes with a cardboard cut-out of Goku’s Super Saiyan hair with a multitude of QR codes on the inside. You can use the QR codes to unveil new characters in the game, and in subsequent play, unleash new battles. The entire experience feels like a gimmick, and the annoyance of having to enter these QR codes sets in pretty quickly. I would have preferred to see Namco go through a more traditional fighting game route, where after a certain amount of combos are completed or accomplishments have been met, players can unlock new characters to both play as, and play against.

One of the biggest disappointments I had with the game was the lack of multiplayer available. Not only are fighting games one of the most competitive gaming genres available today, they are also one of the biggest platforms for multiplayer competition. There is absolutely no multiplayer available for Dragon Ball Z on Kinnect, and even worse, there is no way to upload your scores to a leaderboard on Xbox LIVE. In this day and age, I found the entire scenario preposterous and had to double check various forums to make sure I wasn’t missing anything. Perhaps there will be a DLC released which will include the ability to take on other players, like the new recently released Avengers Kinect game, but until then you’ll have to take on the computer.

This game is certainly not worth buying just yet, readers. If you are looking for a fighting game with substance, an interesting story mode, and excellent controller mechanics, this is not the game for you. From the glitchy mechanics to the monotonous game play, the game gets boring and old pretty fast. The lack of multiplayer also means you can’t use the Kinect with friends, and isn’t that what the Kinect is really for? As a Dragon Ball Z fan, I was hugely disappointed with it. It is certainly not over 9000.

If you are looking for a fighting game with substance, an interesting story mode, and excellent controller mechanics, this is not the game for you.
REVIEW SCORE
4
File Under: Xbox