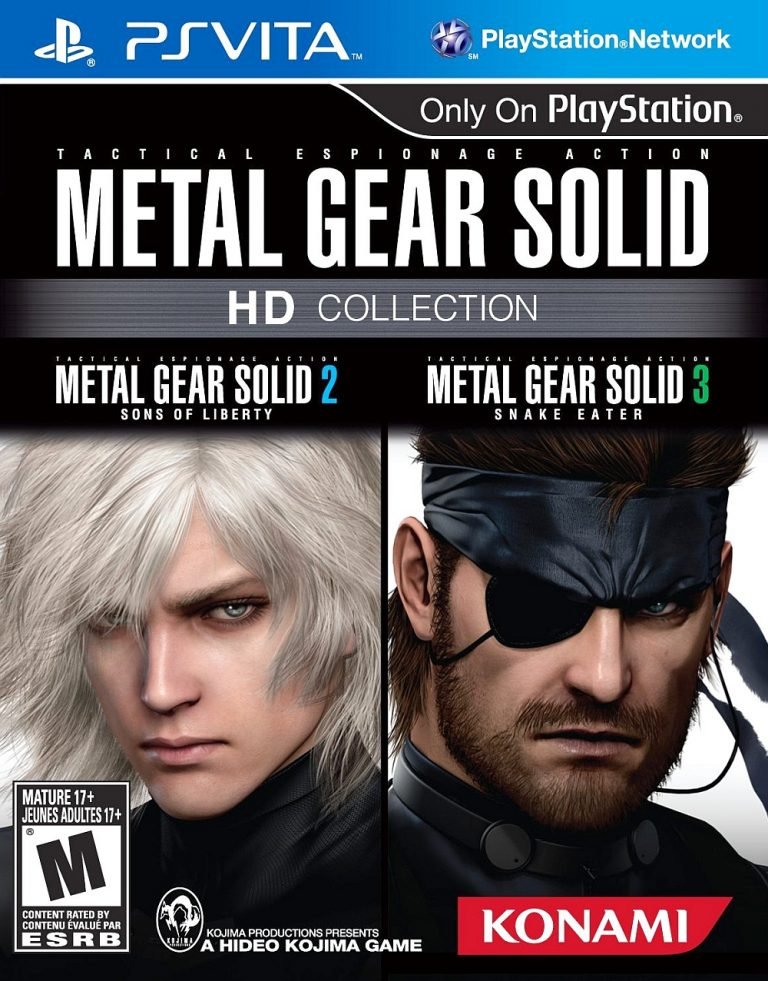 So here we are again with the Metal Gear Solid collection, the classic series that started on the PS2 (if you only go by available games on this particular collection) and has moved on to the PS3, Xbox 360 and, to some extent, the 3DS. Now it’s on the Vita, and while it’s not fair to say that it’s the “crippled” version of the collection, there’s certainly a significant omission that makes the newest port lose some of its appeal.

Not In 3D But Just As Good

The Metal Gear Solid: HD Collection had its run on consoles, and MGS3 has appeared on one other portable, the 3DS. The actual quality of these games is clearly not in question, these are Kojima classics, and most gamers over the years have at least heard of their legacy by now. So the only real question that remains is how does this latest Vita version stack up with the others?

On the technical side, it’s pretty damn close, but there are still some minor, notable differences. The original console versions still edge out the Vita collection slightly in the visuals department. Aliasing is more noticeable on the Vita version if you’re paying attention, as Bluepoint—the studio that ported the console collection—was much more aggressive with their anti-aliasing. There’s also some minor differences in lighting, with the Vita version sometimes sporting a more blown out look compared to the PS3 version that it was referred against. There’s no point in comparing the audio, the original recordings are intact, but of course the presence of the sound is dramatically different coming out of tinny Vita speakers or ear phones. It’s no contest when put up against a decent speaker system on a television, where even Snake’s crawling around in the jungle carries some weighty bass. It should come as no real surprise though; the total size of the file weighs in at just 3.7 GB so lossless audio is just not realistic at that file size.

As far as using the touch screen, Armature Studio has played it safe. The touch screen takes the place of the L2 and R2 shoulder buttons of the console version when it comes to inventory management. There’s also some minor use of the rear screen as well for melee/knife fighting, but nothing has been done to deliberately introduce new, intrusive touch elements to the games. But the big difference—possibly the one that’s a deal breaker for some—is the exclusion of Metal Gear Solid: Peace Walker. The price, at $40 for the retail cartridge and $35 for its digital incarnation, is now $20 per game. The original PS3 collection is now sitting at $40 retail for all three titles. Of course, the kicker is the original, non-HD, PSP version of Peace Walker is still available for sale on the PSN, so for a total of $70, you can have the same content on your Vita as you’d get for $40 on your PS3.

That mercenary omission aside, these are the same games as on the HD collection, so once again, you get the “Subsistence” versions of the MGS2 and MGS3, with little extras like the original Metal Gear and Metal Gear 2. Kojima’s infamous “Transfarring” mechanic has been implemented and it works as advertised, allowing you to access your save file from a Vita and PS3 that are linked, or via a cloud save that automatically updates as you save. I’ve tried it, it works, and for that niche group of people that actually want to play the game on their console, save it, then continue their game on their commute somewhere else, this is a fantastic—if hyper-specific—function that works well.

As to be expected, what will determine your decision is your love of MGS. If you just can’t get enough of the series, then you’ll probably want to go out and get this immediately, it’s a worthy port, even if the lack of Peace Walker hurts it. For everyone else… well, it being Metal Gear it doesn’t exactly suit itself to the short term gameplay of the portable scene, but it still looks and plays as fantastically as you remember. An impressive port, and another nice demo piece for the Vita, if a bit pricey.

The Metal Gear Solid: HD Collection had its run on consoles, and MGS3 has appeared on one other portable, the 3DS.
REVIEW SCORE
8
File Under: