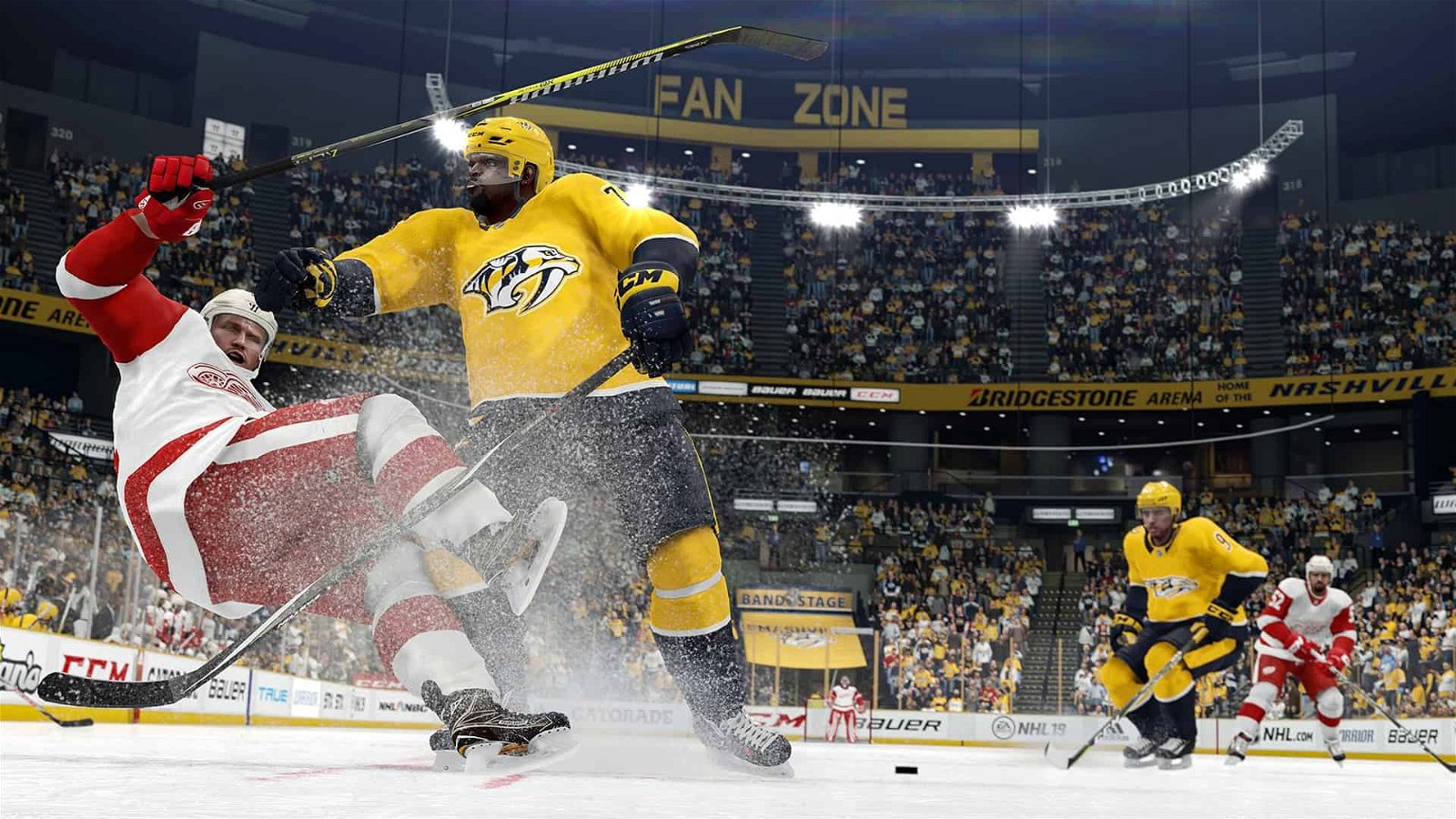 Every year when EA Sports releases their newest installment in the long-running NHL series, they never cease to amaze in how they work to make the release still feel fresh and exciting, as well as a great jumping-on point for new players.The game boasts tweaks and updates to the gameplay, the graphics, the mechanics, and yet the game remains a stellar product.

Although I’ve been playing the NHL series consistently for the past eight years, having played each year’s release, I really appreciate the way in which the game is relatively easy to pick up as a new player.  This year’s focus on newer players or lapsed players felt even more encouraging, as the game utilizes its partnership with Hockey Canada to not just teach new players how to manipulate the controls, but also to actually understand how hockey is actually played, by utilizing a training camp mode which also boasts real-life videos showing how the various hockey mechanics are used.  This felt like a much more active approach to guiding new players into the game compared to previous years, not to mention other sports games.  As the game becomes an older franchise, there are more alternatives to control styles, etc., and the level of customization was and is impressive, depending on the kind of playstyle you want to use.  This feels more standard in sports games, but it’s appreciated that it allows the playstyle and controls to be much more customizable, and thereby better suited for each type and style of gamer and comfort level.

In terms of game modes, NHL 19 moves forward with two new modes which add completely new dimensions to the traditional game of hockey.  The biggest new addition is “World of CHEL”, which incorporates a variety of different online modes.  Of the four modes, the traditional EA Sports Hockey League (EASHL) is one of them, as well as NHL Threes, returning from last year, which is a three-on-three arcade mode.  The new offerings within “World of CHEL” are NHL Ones, as well as NHL Pro-Am.  Regardless of which game mode you play within World of CHEL, you’ll earn experience points, which help you rank up and then earn a reward known as a “Hockey Bag”, a veritable grab bag of rewards including personalization items for your created character, which includes various types of clothes, other accessories, unique goal celebrations and more.  The items are cosmetic, but add a fun level of personalization.  I enjoyed playing in Pro-Am, against the computer, and it still allowed for levelling up.  An element I was thankful for in World of CHEL was that the only way to earn more hockey bags was to play more of the various game modes, as microtransactions are not part of the system here.  It does mean that you’re at the mercy of the game in terms of what team-themed items you earn, but it keeps microtransactions away from the gaming experience, which I’m thankful for.

Not only is World of CHEL a new beast, but so is the venue in which the games unfold, which is in an outdoor setting. The games are played at a random ski resort, with different rinks depending on the level of play.  It adds a new dimension, compared to the typical in-door arena locales.  It makes the games feel different, despite it essentially just being a change in back-drop.

If you enjoyed last year’s inclusion of NHL Threes, you’re in for something manic and special in NHL Ones, as you now are in the middle of 1v1v1 online game, as you fight against two opponents to outscore them.  It’s a fun and challenging way of playing and personally made it much more enjoyable than a typical online game.  Going up against two other players is a cool idea, and also makes the game feel much more arcade game-like, and not just like your typical sports simulation game.  It’s impressive that they’ve found a way to incorporate two game modes which feel more like classic arcade games, without sacrificing your traditional sports game hockey modes.

The Pro-am mode allows you to play against non-online opponents, as a way to further develop and hone your skills on the outdoor rink.  It boasts its own campaign mode of three-on-three challenges, including NHL stars and legends.  It provides additional depth, and for those who may not enjoy playing online that much for fear of getting crushed by better players, it’s a fun and enjoyable alternative.

With more and more game modes being added, it’s impressive just how many different styles of game you can enjoy playing in NHL 19. If you like the typical Be a Pro Mode, it’s as enjoyable as ever, as is playing as your favourite team in Franchise mode, or just playing your typical one-off game against a friend.  If you want to re-enact the Stanley Cup playoffs from last year, there’s a mode for that as well.  The game feels like it’s brimming with content, many different ways to enjoy the game, and satisfy as many different gamer preferences as possible.

The graphics remain impressive and immersive, as do the gameplay mechanics underneath it all.  The physics in a hockey sports game are crucial, and they are more than up to the task.  Not only that, the sounds remain effective in really evoking the feeling of watching the game up-close.  The skating has been overhauled, and as a result, the differences between fast and slow skaters felt much more realistic and differentiated.

The menu is more customizable than ever before, which again makes for a smoother gameplay experience.  The bulkier, more confusing menus of the past have been replaced by an interface which you can adjust so that the game modes you use most often are the ones that are immediately accessible.

With every passing year, I’m consistently impressed at how EA figures out new ways to provide more in the NHL series, instead of just releasing a glorified roster-update.  The additional game modes, the partnership with Hockey Canada, the emphasis on new and lapsed players, the use of outdoor hockey to provide a different feel to the game, it all works to make a compelling case for owners of NHL 18 to go out and purchase NHL 19.  Highly recommended, this game once again is a winning effort.

With every passing year, I’m consistently impressed how EA are able to improve on an already winning formula, making each new release of NHL a must own title, rather than a glorified roster update. 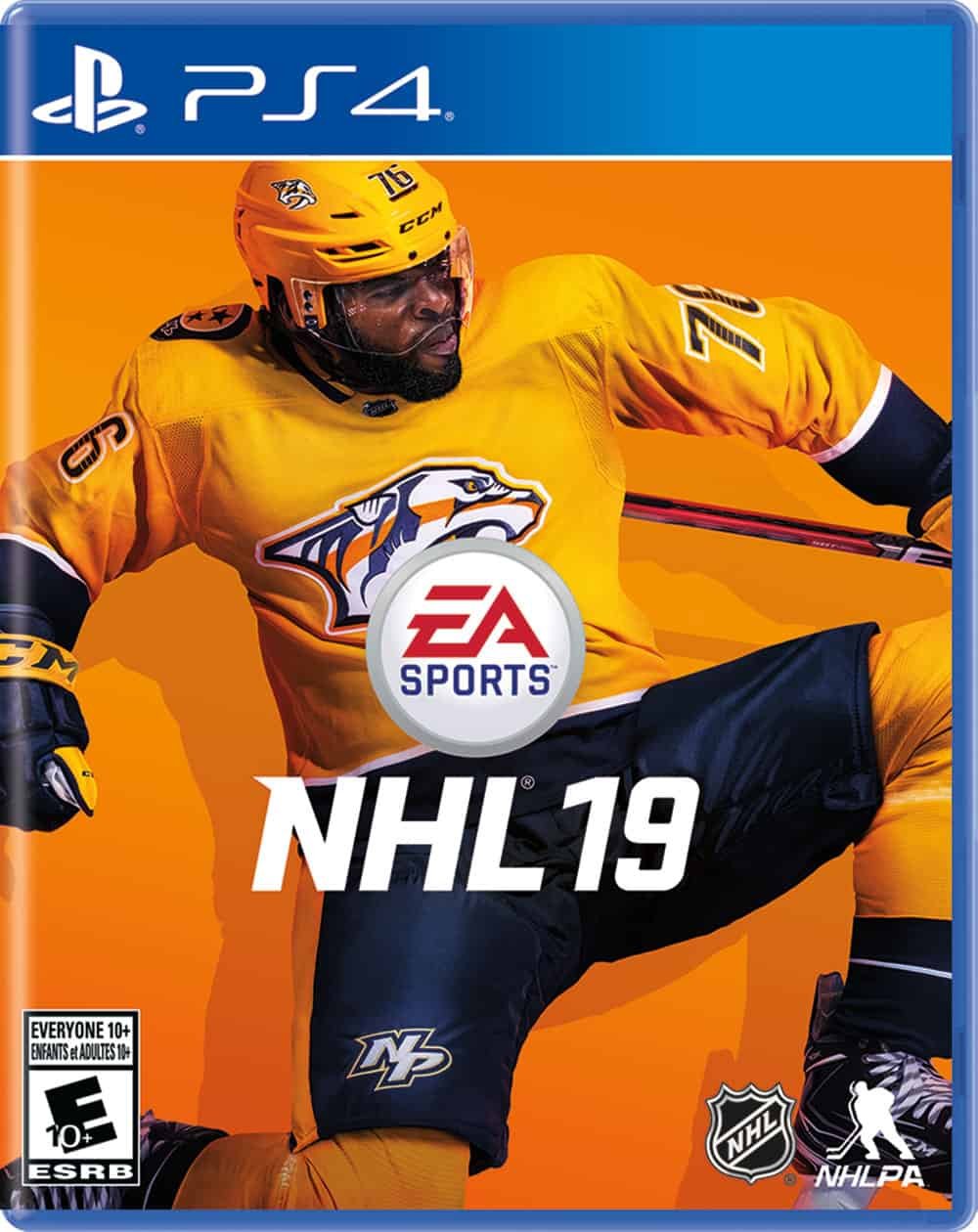