The release of a new Pokemon game shouldn’t surprise anyone. As one of Nintendo’s top selling games, the company has begun to shovel them out to the general public on a near annual basis. While the abundance of Pokemon games is great for newcomers to the series, old fans purchase the new games with hopes of added content or new features we haven’t seen before. With Pokemon Black and White, I was disappointed. Not only were the new pokemon moronic, but there was little change to the game besides the story line. Hence, why going into this game I did not have high expectations, but thought it was a Pokemon game and deserved a play through.

Boy, was I ever wrong.

One of the biggest changes you can expect to see is the list of available pokemon in the game. The standard 151 pokemon has been upgraded to a total of 302 pokemon which can be caught in the game. It’s not just new pokemon creations this time around. Instead, the team over at Game Freak have decided to include all original 151 pokemon from the original Blue, Red, and Yellow games. For someone who has been playing the series for 15 years, this is a big deal. While the new pokemon are still as atrocious as they were in the previous Black and White games, there seems to be a comical approach to them in this game. Trainers and random avatars in the game make awful jokes regarding some of the worse pokemon, like Trubbish, which I have yet to come across in the wild. 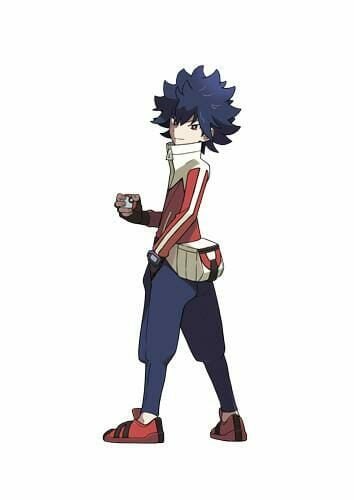 The jump to including 302 pokemon in the game also plays really well into the story line. Like every other pokemon game, when you choose your starter pokemon, you’re also given a pokedex to help Professor Juniper with her research. Her persisting assistant, Bianca, pops up at random times throughout the game (in an incredibly annoying fashion) to check on your research and point you in the right direction. With the 302 pokemon, the use of the PC (which used to be called Bill’s PC for all of you newer players), also plays a major role. As before, you can only carry up to six pokemon, so the other 296 are automatically transported to the PC unit. In order to optimize maximum potential, frequent visits to the PC are a must so withdraws and deposits can be made.

Are those gym leaders still there? Are they still boring?

The gym leaders have not changed at all since the previous versions were released, but playing through them has become much more enjoyable. One of the reasons why they have become so much more enjoyable is the new soundtrack to the gyms the game is boasting. At the second gym for example, the scene feels like something out of Scott Pilgrim. You enter the gym to battle and there’s a band practice going on which sounds utterly horrible. You play through each band member before taking on Roxie, the gym leader.

They’ve also updated the gameplay mechanics slightly. The fluidity of the game seems to work better, and the slight visual changes to the battle sequence on the main DS screen also help captivate while battling. One of the positives of  both the older version of the game and this version, is the innovation they’ve used on the gyms. One of the problems with Pokemon is the game can become monotonous pretty fast. Go town to town and defeat gym leaders until you can’t do this anymore. Fight the elite four and watch the credits scroll down your screen. With this game, however, the gyms are an event in itself. The fourth gym, for example, takes place on a catwalk, while people from all over the Uneva region watch you compete.

This game has implemented so many new features, I don’t even know where to begin. For one, the Pokemon movie studio has been included to make you feel like a movie star. While this falls flat on its face, it’s nice to see Game Freak going out of their way to incorporate some new aspects to the game. The game overall also has a Hollywood-esque vibe to the game. Every town you enter has a movie studio, or an amusement park, or a modelling centre. While some of these have been carried over from Pokemon Black and White, the ambiance of the game doesn’t feel like a sequel, it feels like a whole new game. This is a mighty impressive achievement considering the story line is a literal continuation of the previous version.

You’ll also see some new towns on the map which weren’t in the previous game. While I won’t include what happens in the final scenes of the game, the added towns play excellently into the general story line continuation. Once again, you’re fighting off Team Plasma as they try to steal pokemon from whomever they can in their attempts to rejuvenate the way pokemon are raised. The team seems to be falling apart in this game though, as inner turmoil and some rebellion occurs within the team. This works to your advantage at various points in the game.

Is there anything really impressive?

It sounds like such a trivial aspect to the game, but the soundtrack has impressed me beyond words. In the gyms you enter, the soundtrack matches the plot line currently occurring as well as the pokemon type of the region. I cannot explain enough how much more of an enjoyable experience I had while playing through the game because of the soundtrack.

I was also blown away by how much bigger they seem to have made the Unova region in comparison to the previous game. Certain cities have their own specific ways of moving around and it takes full advantage of the DS hardware. The third gym in particular had a fantastic presence, both within itself and the city it was situated in.

If you’re a Pokemon fan, you’re probably going to buy this game anyways. If you’re thinking of joining the series, pick up this game. I didn’t think I would have as much fun as I did with it. While some parts were repetitive and monotonous, the extra content proved to be an innovative way to increase the hours of gameplay for fans. It’s a fun little RPG which has grown over the years, and this game is a sign that Game Freak isn’t out of fresh ideas yet.

Final Thoughts
If you're a Pokemon fan, you're probably going to buy Pokemon White Version 2 anyways. If you're thinking of joining the series, pick up this game.
File Under: DS, Game Freak, Nintendo, Pikachu, Pokémon
×