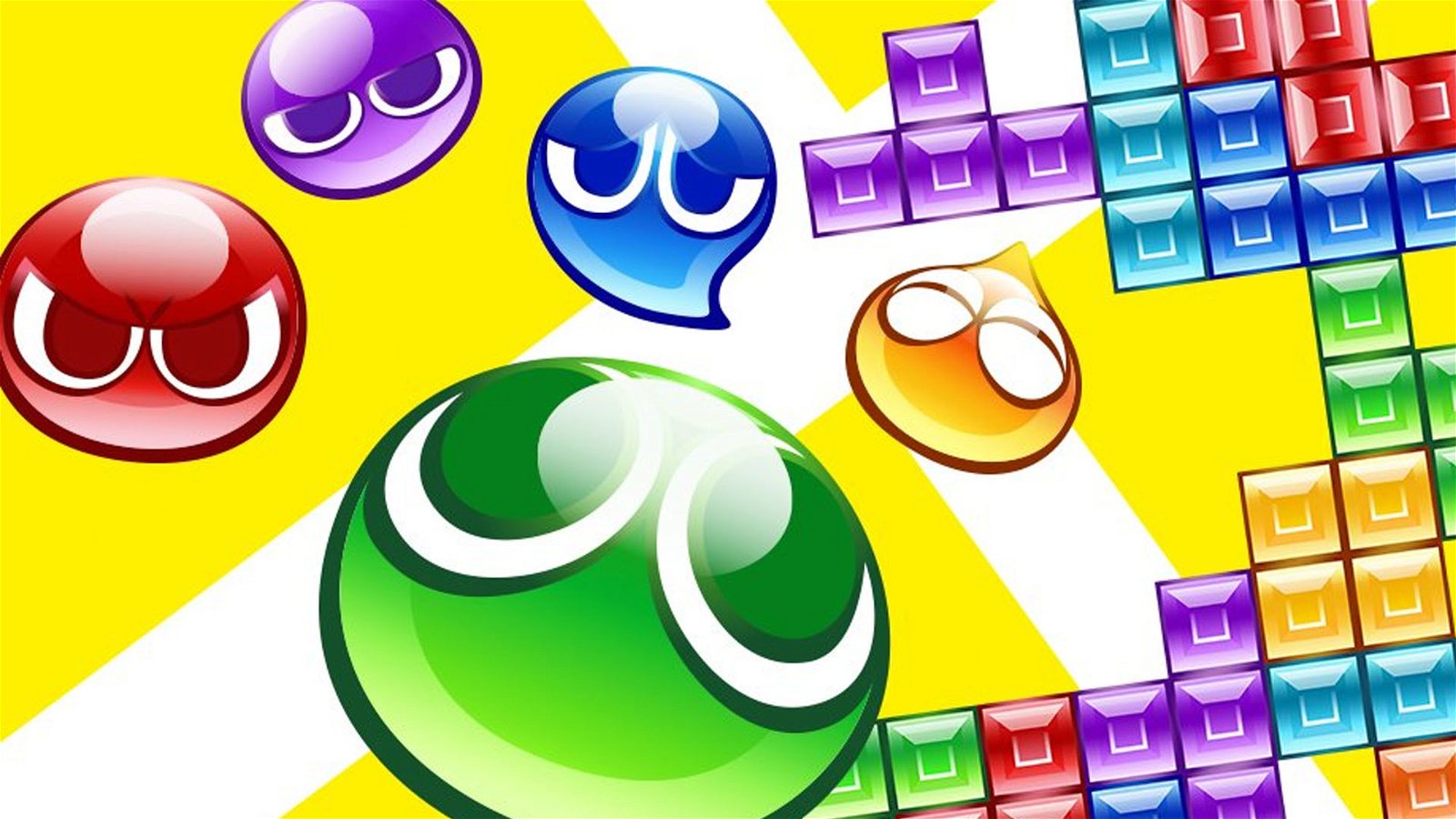 When talking about puzzle games these days, it’s hard to ignore the elephant in the room. That elephant is mobile gaming, and all of the harm it’s done to the genre as a whole. Oh, sure, it’s easier than ever to download a Tetris or a Candy Crush and go to town. But that widespread ease of access has led to an oversaturation of same-y freemium knock-offs from publishers both big and small. To paraphrase ill-fated presidential candidate Jimmy McMillan, the amount of reskins, cash-grabs and knock-offs out there is too damn high. It’s gotten to a point where I can barely remember a better time, a time of Tetris DS and Magical Drop, of Chu Chu Rocket and Puyo Pop Fever. But if Puyo Puyo Tetris is any indication, Sega remembers. Because with one game, they’ve sent me flashing back to all the hours spent cussing out AI opponents, hating myself for not noticing an easy line clear, or hating a friend because they noticed said easy line clear line before I did.

Puyo Puyo Tetris is way more than just a puzzle game. It is, as the title suggests, two puzzle games slammed into one sizeable package. On the surface, players have access to classic Puyo and Tetris, distilled into what are arguably their definitive forms. But digging a little deeper reveals that there’s a lot more here than just those two tried-and-true gems. There’s Fusion, which slams both games into a single insane and insanely difficult new title, one that merges bricks and blobs on one board. There’s Swap, which requires players to manage two simultaneous games of Puyo and Tetris without choking. There’s Big Bang, which takes a cue from the infamous Grand Master franchise by forcing players to set off as many ready-made combos as possible within a time limit. Every mode can be played with either Puyo, Tetris, or Fusion rulesets, and up to four simultaneous players can jump in at once via split screen or local play.

Whether you’re gathering a group of friends or flying solo, though, Puyo Puyo Tetris has you covered. There’s a rich and deep campaign in its “Adventure Mode“, which features some truly hilarious writing, memorable characters, and fierce challenges. That’s on top of a robust online component, which features ranked and unranked play in addition to custom rooms. It’s rare for a game these days to be accessible for virtually every demographic of player, but Sonic Team’s gone above and beyond the call of duty to deliver for people who like playing alone, with friends, or with strangers.

Most vitally, this budget-priced package gives players all this with no strings attached – no skeevy microtransactions or cooldowns here, folks. It houses a wealth of unlockable content free of charge. Extra characters to play as, alternate voice packs to equip, different greetings for online play, new skins for each puzzle board, and a whole bunch more. For the price of admission, players get access to a glutton’s feast of content unlocked the old-fashioned way – through patience and skill. That kind of mentality feels largely absent from a lot of games these days, and is all but nonexistent within the puzzle genre. Puyo Puyo Tetris doesn’t want your money after you pick it up, only your time and hard work.

With the Switch version, too, it’s remarkably easy to give that time. Play a few rounds on the bus or sink several hours into Adventure mode on the couch; go head-to-head online in the airport or bust out the kickstand with some JoyCons at a party. That versatility advertised by Nintendo during its initial Switch reveal is capitalized on in spades by Sonic Team, making for a game that easily surpasses Snipperclips, 1-2 Switch and Super Bomberman R to make for the best multiplayer we’ve seen on the platform so far. If we’re getting experiences this pliable and robust this early on in the platform’s lifecycle, the prospects for the Switch as a go-to jack-of-all-trades are looking pretty darn great.

All this content is tied together by a charming visual and auditory package. Puyo Puyo Tetris is one of the most infectiously cute games out there, with charming character designs rendered by a vibrant, candy-coated colour palette. The music is a pitch-perfect blend of peppy techno and infectious pop, complete with remixes of classic Tetris and Puyo music. It’s all a joy to look and listen to, complete with English voice actors who do a fantastic job going all-in with high-spirited performances.

This game had the potential to be a cheap-looking, barebones cash grab along the lines of Magical Drop V and pretty much any Tetris game EA’s put out. Instead, it turned out to be a treasure trove of content in every possible area, with arguably the most polished mechanics we’ve seen out of either franchise. It turned out to have some of the most arresting visual designs on the market. It turned out to be one of the very best reasons to own a Nintendo Switch, like it was practically made for the system. It turned out, thanks to a clear focus on delivering a quality product instead of a milkable cashcow, to be what is the very best puzzle game I’ve played since Catherine hit the scene almost six years ago.

By bucking genre trends and doubling down on delivering a charming, content-rich package, Puyo Puyo Tetris has succeeded at being one of the best puzzle games ever created and one of 2017’s best.

Puyo Puyo Tetris is a beautiful, wonderful, joyful game with loads of content that any Switch owner should pick up immediately. One of the very best puzzle games ever made. 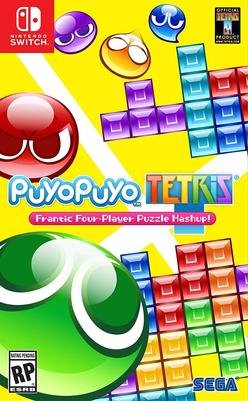