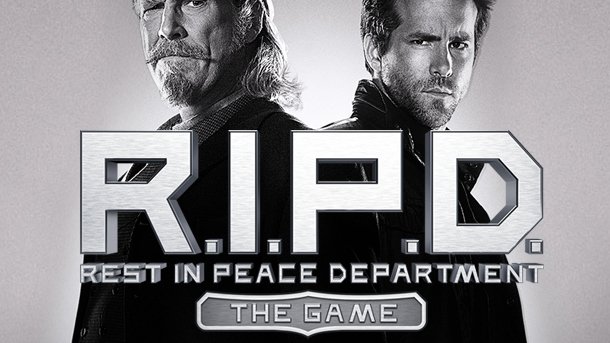 Staying inside next to an air conditioner is a sensible survival strategy this week.

Fortunately there’s no shortage of gaming entertainment available to pass the time until it’s safe to use the sidewalk without melting into it, although some titles up for grabs currently are certainly more desirable than others.

R.I.P.D. The Game , priced at $10, is a third-person shooter developed by Old School Games (erstwhile makers of God Mode) as a movie tie-in. Although suffering immediately from membership in this universally maligned category, R.I.P.D. doesn’t take itself too seriously, preferring to present action in favour of plot wherever possible. Probably because the plot – something to do with resurrected cops fighting supernatural criminals – is silly.

The game itself is about as simple as it gets. Co-operatively with a friend or random Internet comrade, players enter a level and fight it out in best Horde-mode style against waves of incoming supernatural entities creatively called “Deados”.

Combat is fast paced and often claustrophobic, whilst boss fights work hard to mix up the pace of each of the six urban-styled levels. The two main protagonists have a veritable arsenal at their disposal, with fairly standard pistols, shotguns, assault rifles and submachine guns available for a customizable load-out. There’s some heavy artillery too, as well as combat-based rewards for successive kills such as the ability to place a gun turret as a defensive measure.

There’s really no major strategy to invoke, other than staying clear of the larger criminals until sufficient firepower becomes available to deal with them. As there’s no cover system and only a basic dodge function the enemy AI is about as predatory as a flock of asthmatic sparrows, although there’s always the chance that given sufficient numbers, even small birds suffering from respiratory disease can be lethal, and the same maxim applies to the otherwise forgettable foes of R.I.P.D.

There are other issues to be aware of too. Some close encounters with named criminals can result in a stun-lock that takes an age to dissipate, jamming helpless players against scenery whilst the repetitive soundtrack encourages a quick jab at the reset button.

The graphics and associated artwork aren’t sub-par in any respect when viewed in isolation. But when compared with God Mode the similarity is glaring. It’s almost as if the team behind the movie decided to produce a game to increase exposure (being the only reason movie tie-in games are ever made) and someone, somewhere suggested asking Old School to re-skin God Mode because that was the cheapest and fastest way to get the game to market.

Ultimately though, it’s ten bucks. And while ten bucks might be more practically employed purchasing ice at a convenience store, filling up a bathtub, gently easing yourself into it then flipping the bird in the general direction of the Sun, it’s not a terrible waste of money for a quick Horde-match-wannabe shooter with stupid AI.

Ultimately though, it's ten bucks. And while ten bucks might be more practically employed purchasing ice at a convenience store, filling up a bathtub, gently easing yourself into it then flipping the bird in the general direction of the Sun, it's not a terrible waste of money for a quick Horde-match-wannabe shooter with stupid AI.
REVIEW SCORE
5
File Under: