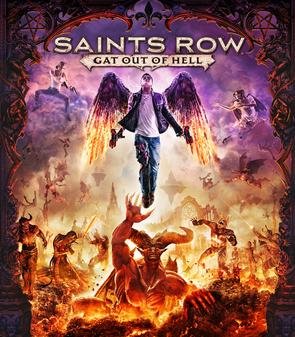 Volition continues to strike out with the Saints Row franchise, taking it about as far away from a GTA clone as they can without actually removing the shooting and driving altogether. Now they’ve got a new expansion to the series, that puts a cap on the events of Saints Row IV and lets players take on the role of Johnny Gat, possibly the most interesting Asian character in the gaming world right now, and Kinzie Kensington as they try to get The Boss out of a Wedding In Hell. Literally. 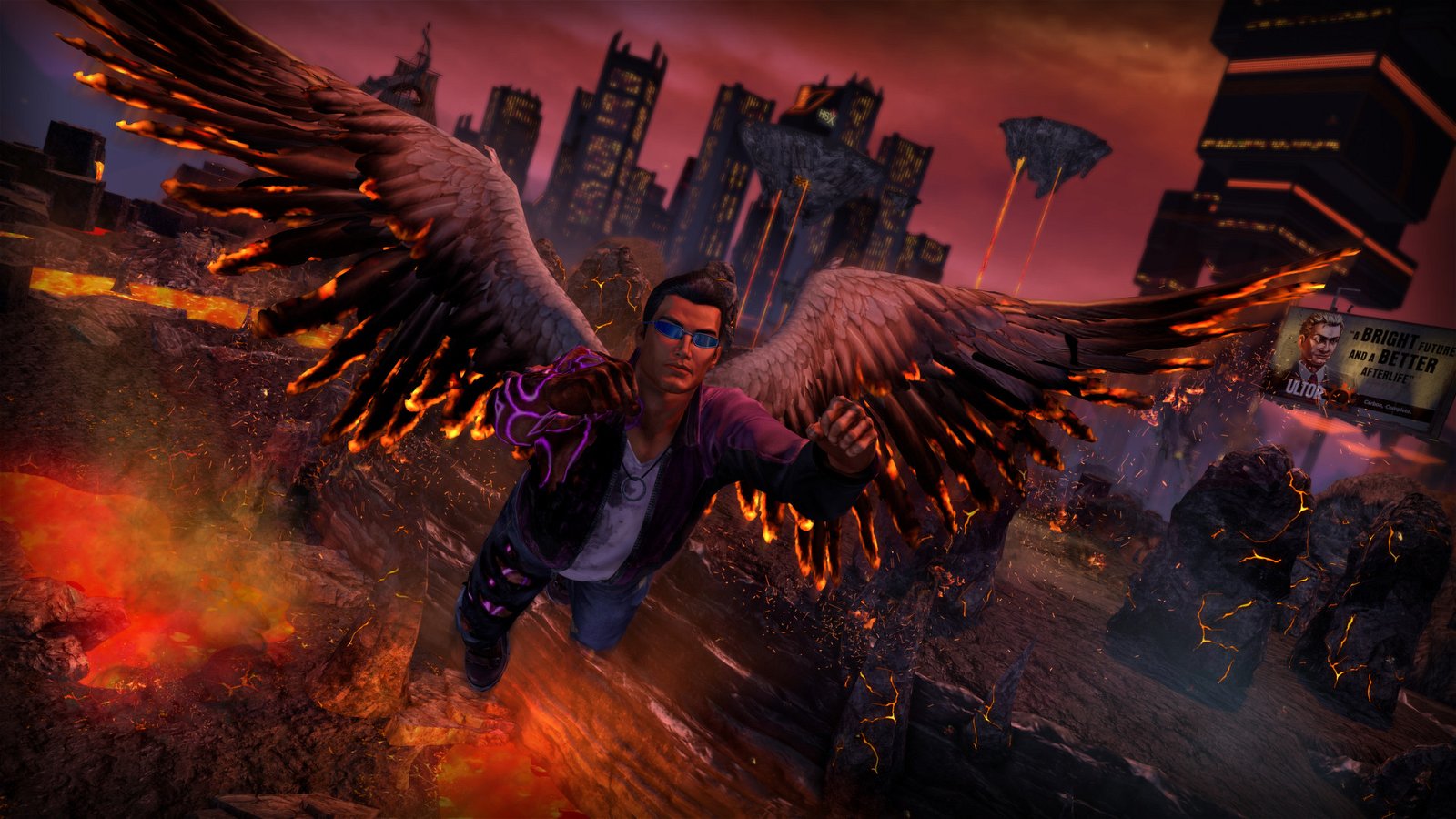 The Boss, normally the character players control in Saints Row, has been kidnapped by Satan himself and is going to be forced to marry his daughter Jezebel. It’s up to homicidal BFF Johnny Gat and sociopathic hacker Kinzie Kensington to come to the rescue by raising hell in hell itself. Yes, that is the plot. It’s Saints Row, a franchise that countered Grand Theft Auto’s satirical genius with meta-referential absurdity, that’s just how this series rolls. Players will encounter everything from a DJ Shakespeare to a Lazy-Boy recliner fitted with gatling guns for the ultimate lazy kill. There is no concept too ridiculous for Volition to exploit and for people with a love of the deranged and silly, Saints Row is one of the funniest games on the market.

On the technical side of things, this expansion is identical to its HD Remastered parent. Sharper textures and lighting and are joined by an unlocked framerate that bounces anywhere from 30 fps to 60 depending on the complexity of the environment. Like Saints Row IV, Gat Out Of Hell uses identical polygonal and environmental models, and since SRIV was never exactly a looker, even by last generations standards, this game isn’t a stunner either. It has solid performance, but that’s about it as far as technical proficiency goes. For the audio inclined, the sub-woofer gets a serious workout with a LOT of explosions, though it lacks the aural variety and richness of Grand Theft Auto. There’s also both a LAN and online option for co-op play, but, sadly, no local split-screen.

Where the game shines, as with its parent, is in the gameplay. This is an expansion in the traditional, PC sense of the word, much like Dragon Age Origins: Awakenings was in the last console generation. Same engine, same gameplay, but with a new story that will take several hours to complete. The Boss’s super leaps and glides have been replaced with demonic wings, and all the alien busting activity in VR Steelport has been replaced devil/demon chaos, but the design concept is still identical. You follow the story—or not—participating in a wealth of side-activities and collectathons in an open world environment ripe for shooting, driving and super-powered mayhem. Fans of the series already know what they’re getting into with this expansion, but for anyone that is still new to the franchise, it comes down to a matter of taste.

If you prefer your open world games more grounded and realistic, like Grand Theft Auto, Sleeping Dogs or Infamous, then Gat Out Of Hell is not for you. On the other hand, if you prefer your games to go silly and beyond, such as with Just Cause, or even the South Park RPG of last year, then the absurdity of Gat Out Of Hell was made just for you. SR fans will obviously get more out of this game, thanks to the numerous references and cameos to the game’s past history, but for every Saints Row related joke, there’s something fresh for a new audience, like taking out Satanic frat boys, or a Disney musical number. Yes, that’s not a typo, scattered in the midst of f-bombs, Satan jokes and recliner-based gatling gun mass destruction, there’s a Disney Princess style musical number. That, right there, should tell you whether or not this is the game for you. Gat Out Of Hell is a safe buy for fans, but for anyone that wants to see what the shouting is about, at only $20 for what amounts to good sized open world game, it’s a decent price of admission to a world of violent ludicrousness.

There is no concept too ridiculous for Volition to exploit and for people with a love of the deranged and silly, Saints Row is one of the funniest games on the market.
REVIEW SCORE
8
File Under: Action, Deep Silver, Open World, PlayStation, Saints Row, Volition