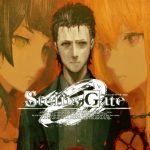 The original Steins;Gate is one of the most highly-regarded visual novels of all time. Its twisting story of time travel and causality is intricate and wildly unpredictable, garnering the game a considerable following in the years after its release. It later received an anime adaptation that stands among the medium’s brightest offerings— a rare instance in which the movie surpasses the book, in a manner of speaking. Now, six years later, Steins;Gate 0 arrives on the PlayStation 4 and Vita as a fully-realized sequel to that story, and somehow manages to recapture the magic all over again without excessively retreading worn ground.

While time travel is once again the focus in Steins;Gate 0, it weaves in new themes, posing questions related to neuroscience and artificial intelligence. Taking place in the “beta world line” following protagonist Rintaro Okabe’s inability to rescue scientist Kurisu Makise from her tragic death, the game tells a “what-if” story of a darker future for the cast of the original game. Okabe is a broken man, a shadow of his formerly arrogant self who is tortured by nightmarish flashbacks to the moment he lost everything. He has little drive to continue living in a world without Kurisu, yet he pushes himself forward until the day he meets one of her former friends, AI researcher Maho Hiyajo. Suddenly, he finds himself faced with a virtual recreation of the woman whose death shattered his entire world, once again placing him at the center of a dark conspiracy with the potential to incite another World War.

The story of Steins;Gate 0 should be lauded for its willingness to confront the player with weighty themes. It takes matters of life and death seriously, painting a convincing picture of a deeply troubled protagonist whose life becomes a living hell. Okabe battles depression and extreme post-traumatic stress disorder, neither of which are ever downplayed for laughs. He has panic attacks, goes to therapy, and struggles to accept help from the people around him. The game’s realistic and thoughtful depiction of mental illness is almost jarring in its sincerity, particularly when viewed alongside stories that revel in violence without bothering to consider its aftereffects. War is a subject the game handles with gravitas too, its inherent tragedy scrawled in bloody strokes that raise the story’s stakes to new highs for the series.

While Steins;Gate 0 is darker than its predecessor, though not every moment is grim. Like the first game, it frontloads a lot of goofy material that feels incongruous with the rest of the story. One moment, characters are debating the potential for machine sapience, and the next they’re talking about sexy Santa cosplay for a Christmas party. These segments feel intended to give the tale some spots of levity, and they make for an interesting contrast with its heavier themes, though they tend to be the least interesting parts of the game. In a way, this contributes to its pervasive sense of mystery, but I found myself becoming impatient whenever one of these silly bits popped up because they delayed me from getting to the good stuff.

From a presentation standpoint, Steins;Gate 0 is near the top of its class. Its art style is vivid and wholly unique, conveying characters’ emotions through expressive portraits and event illustrations. The soundtrack is evocative and well-suited to the game’s atmosphere. There’s an in-game “TIPS” database that defines any and all major terms that arise in the story, as well as genre-standard text skip options to move quickly through previously-read sections. This is important because Steins;Gate 0 has six endings to discover, all of which contribute to an overall picture that stands shoulder-to-shoulder with its predecessor’s unforgettable tale. 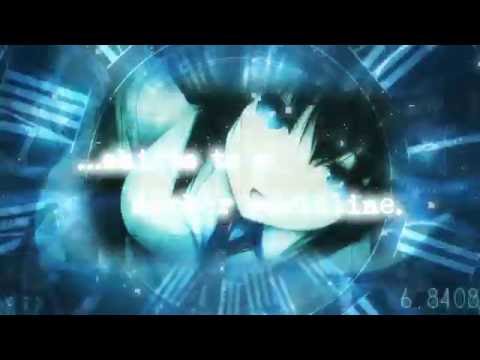 It’s hard to find fault in Steins;Gate 0 beyond the genre’s usual pitfalls. This is a visual novel through and through, and while it alludes to player choice, all this really boils down to is a handful of branches in its winding plot. Its humor can descend into anime schlock, but it’s worth sticking out for the rich and emotional story at the game’s center.

Steins;Gate 0 is one of the best stories the visual novel genre has to offer, and stands as a worthy sequel to its critically-acclaimed predecessor.
REVIEW SCORE
8.5
File Under: Comics, PQube