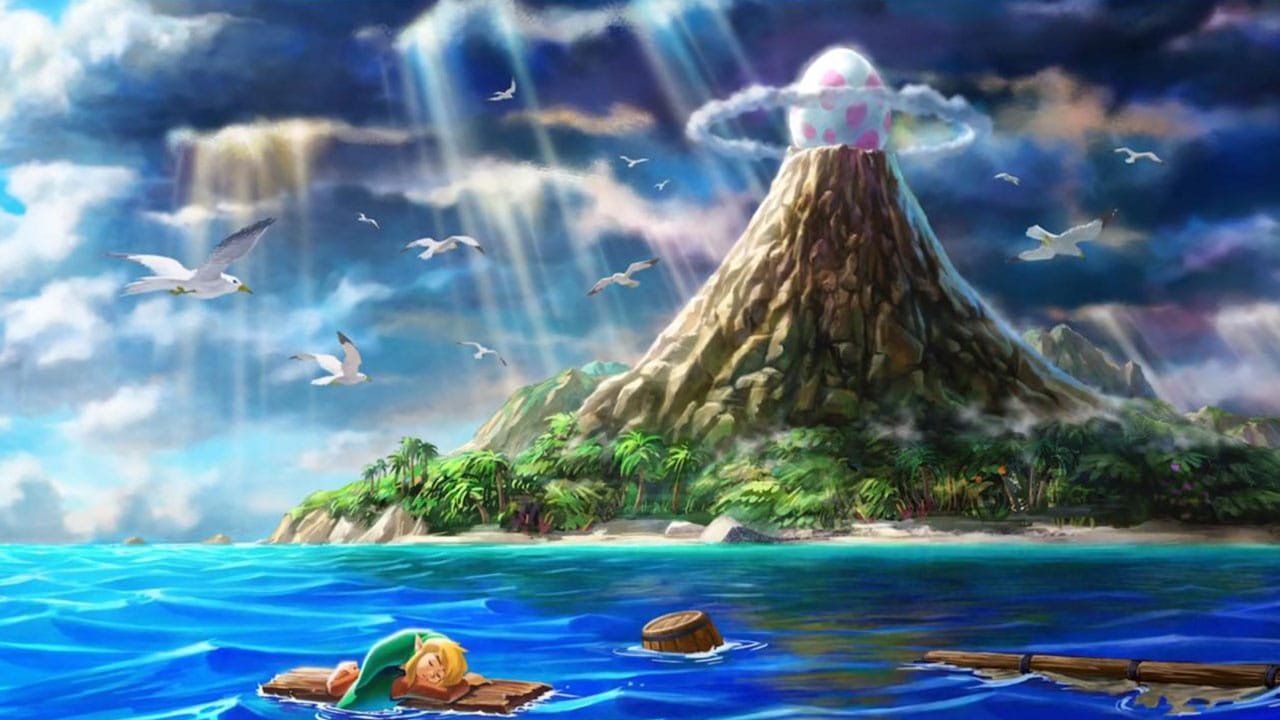 I never would’ve expected The Legend of Zelda: Link’s Awakening to get a remake.

While Nintendo’s released a good number of handheld Zelda adventures, rarely do these titles receive anything more than an obscure callback or reference. Link’s Awakening has always been among my personal favourite titles, but my fear of the title ageing poorly has always kept me from really diving back into the now over twenty-year-old title. Thankfully, The Legend of Zelda: Link’s Awakening on the Nintendo Switch irons out nearly any complaints I would’ve found with original, even if it does bring forth a couple of nagging issues of its own.

The Legend of Zelda: Link’s Awakening originally released in 1993 for the Gameboy. It was re-released in 1998 for the Gameboy Colour with additional content. As the Zelda franchise’s first portable title, the game’s plot is kept simple. After surviving a shipwreck during a thunderstorm, Link finds himself on the shore of Koholint Island. There, he’s told that the only way to get off the island will be to wake the mythical Wind Fish, located on the island’s peak. Not much more can be said of Link’s Awakening’s story without dipping into spoiler territory, but the plot doesn’t get too much deeper than that. This simple premise might sound like a slight against the game, but it really isn’t. From the very beginning and throughout the entire adventure, Koholint Island maintains an aura of mystery. Unfamiliar players will quickly come to learn that there’s no predicting many of the outlandish sights throughout the land and the surprises will keep coming until the game’s end.

Link’s Awakening’s remade visual style originally left many fans torn. Personal tastes aside, however, The Legend of Zelda: Link’s Awakening is a beautiful looking Switch game. Everything seen in the original has been faithfully recreated with the perfect amount of detail, even with small additions like books and furniture in resident’s houses to make each look properly lived in. The new cute appearance gives the entire game a toy-like feel and is really brought to life by its vibrant colours and lighting effects. The redone score also feels slightly more subdued than the original, making the game’s slower moments feel even more calming. It’s unfortunate that Link’s Awakening’s biggest issue pits itself directly against its near-perfect visuals. The framerate of Link’s Awakening sees a short but sharp drop whenever players are transitioning into a new area, specifically ones containing new assets. Where the Gameboy originals chopped the entire map of Koholint into bite-sized sections, panning over whenever players reached an edge, the remake attempts to seamlessly load the entire island, resulting in an extremely inconsistent 60 frames per second. These dips were never so bad that they impacted gameplay directly, but they were jarring and managed to break my immersion often, even if only for a second or two at most.

The main complaints made towards the original Link’s Awakening title generally goes towards its controls. Having only two action buttons on the Gameboy meant that Link could only ever have two items out of his vast arsenal equipped at any given moment. This would often force players to choose between having something like magic powder over Link’s always-necessary sword. Fortunately, this version of Link’s Awakening features a new control scheme that brings down item management to an all-time low. Link’s sword and shield are now designated to the B and right shoulder buttons respectively, freeing up the time spent switching to them. Similar treatment is given to the Pegasus boots and power bracelet, saving on even more time than was originally wasted. On top of these changes, Link’s Awakening item management and menu scrolling has been sped up, clearing up what was potentially the game’s greatest flaws in 1993.

Link’s Awakening returns Zelda closer to its classic roots, presenting a series of dungeons for players to seek out, each filled with room-based puzzles that often require items found throughout said dungeons to be solved. Link’s Awakening often brings out the best of this formula, making good use of every item found and even encouraging players to combine the abilities of multiple items to solve certain puzzles. There can however be issues with difficulty scaling. One puzzle may really test a player’s ability to think outside the box in order to receive a key only to have the room right after force players to take down an almost completely harmless enemy for the same reward. Fans looking for more of a challenge are in luck though as Link’s Awakening features the more difficult Hero Mode as a selectable difficulty right from the beginning this time around. It won’t solve the issue with easier puzzles, but the lack of healing options should at least keep players on their toes.

The only feature removed from the original Link’s Awakening is the game’s photo shop, a feature that worked with the Gameboy printer. In its place is the highly advertised Chamber Dungeon Maker. Like many, I saw this as a potential Zelda spin on the Mario Maker formula, albeit on a much smaller scale. As it turned out, however, this feature was designed on an even smaller scale than I’d expected and feels more like a mini puzzle game rather than a level creator. After completing a dungeon, speaking with Dampé will allow him to create panels of each of that dungeon’s rooms. He’ll then ask you to create a dungeon and set a few rules or restrictions that need to be followed. After creating the dungeon, players are tasked with running through it and are given a reward upon completion alongside any rupees found inside the dungeon. While it was a fun distraction for a few minutes, this new feature honestly adds nothing to Link’s Awakening. I could’ve seen this potentially being a fun speed running game among fans, but dungeons can only be shared with other players through amiibo, limiting the function to local play only. I can still see this mode being fleshed out and made into its own game one day similarly to Captain Toad: Treasure Tracker but for now, it just feels like wasted potential.

With the availability of The Legend of Zelda: Link’s Awakening on Switch, I can’t see myself ever picking up the original again if not for wanting nostalgia in its purest form. Returning players will get to experience this game the way it deserves to be played and newcomers will get to embark on a Zelda adventure unlike any other. Even with its annoying performance issues, this remake trumps the original in literally every way when it comes to visuals and quality of life improvements. While I do wish the touted Dungeon Chamber Mode lived to all the hype, it does nothing to take away what is otherwise a fantastic recreation of an underappreciated Zelda title.

The Legend of Zelda: Link’s Awakening fits right at home on the Switch, feeling like a fresh title despite being over twenty years old 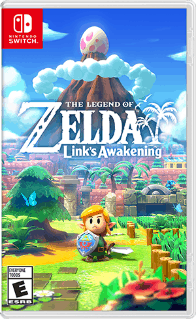