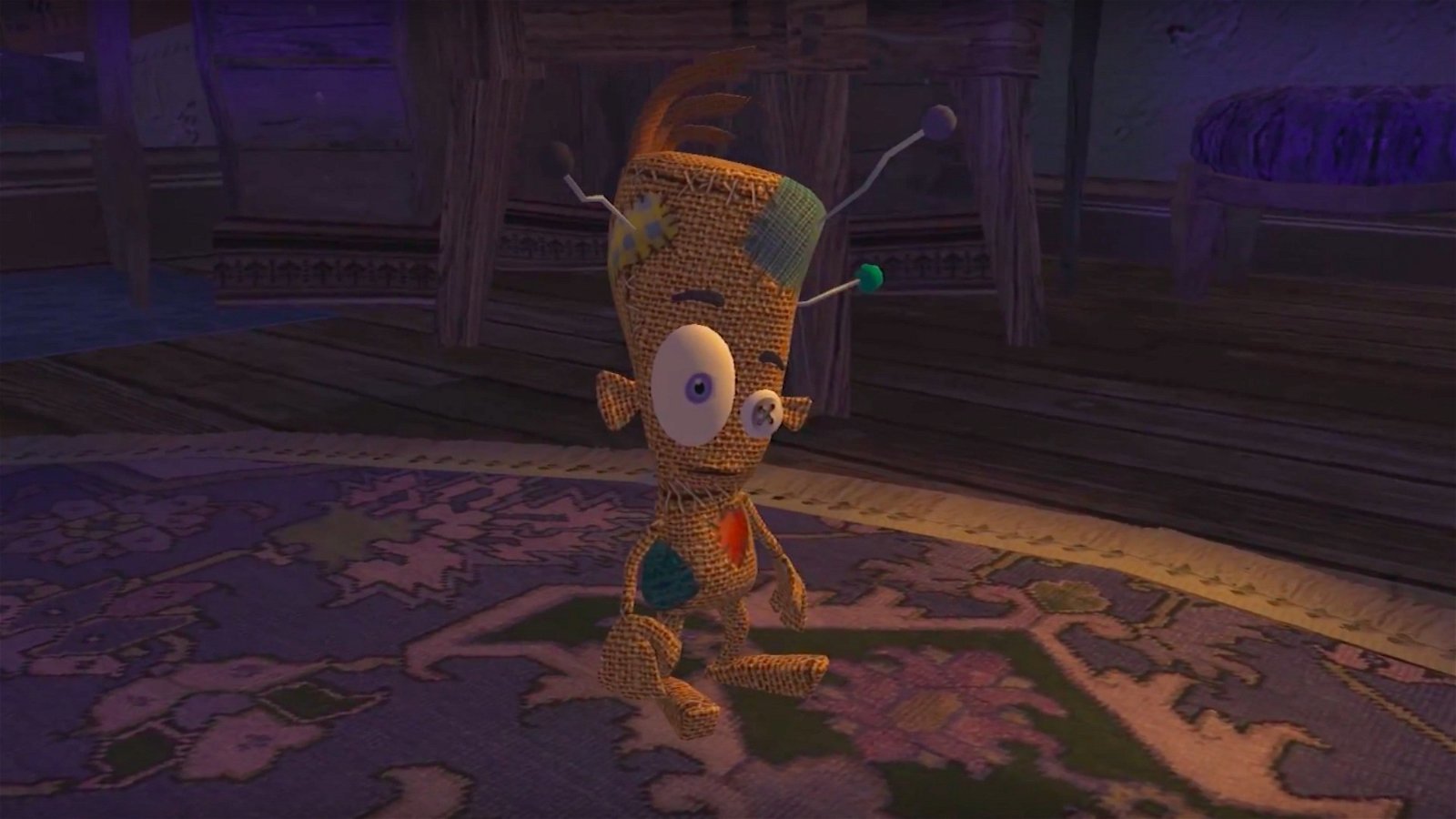 Although platformers starring a cute (or “attitude-laden”) creature were par for the course at the start of the 3D revolution, the space quickly became crowded. I’m sure a few of you remember Croc: Legend of the Gobbos, but how many of you out there have played Jersey Devil? Even if one was a genre enthusiast, there were bound to be some games that slipped through the cracks, and for many (myself included), that includes Voodoo Vince.

Released for the Xbox back in 2003, the plain box art that showcased a doll stabbing his butt cheeks didn’t do it any favours. Neither did the strange case of “custom code” that prevented it from being backward compatible with the Xbox 360, as one of the few games that didn’t make the cut. Voodoo Vince was an odd duck on arrival, and nearly 14 years later not much has changed.

To be clear, Voodoo Vince Remastered is not a drastic overhaul of the original. Whether it was due to behind-the-scenes budget constraints or some other red tape reason, the developers decided to stick to their guns and provide a near 1:1 re-creation. That’s not to say that it doesn’t look better, because it definitely does, and the framerate is incredibly smooth from start to finish. It’s still dated, but it’ll fit your current TV screen and will play like a modern action game in theory.

Vince is also kind of cute, and doesn’t fall into the dreaded try-hard category that once blanketed the golden platformer era. He’s a mostly forgotten mascot, a categorization that fits his character in-game to a tee, as he’s immediately introduced as his master’s “third best” relic. The setup involving a bumbling villain and his gang is also somewhat charming, as are the performances, which range from colourfully over-the-top to deadpan. Although I’m annoyed that the team didn’t add any options to skip cutscenes or dialogue, they were worth watching once. Much like the vocal side, its soundtrack is a little hit or miss, but when it hits, it evokes feelings similar to a Pixar film.

Voodoo Vince also does some very interesting things with its puzzles. Tied to a small to medium-sized sandbox format, most of its concepts are contained, and thus, don’t overstay their welcome by spanning multiple areas. The idea that Vince also needs to harm himself to defeat some foes or forge a new path is also a good way to incorporate its mold-breaking theme and drive the point home that he’s literally self-deprecating without being too on the nose. Tangible rewards like potions that increase your health bar or skulls that boost your magic meter help cement that busywork is not just a pointless effort in collect-a-thon participation. Bosses that play out like the Dragon God in Demon’s Souls in the sense that they’re more puzzles than brute force encounters still hold up, and there’s a lot of clever designs packed away in its off-kilter environments.

Unfortunately, Voodoo Vince also lacks a degree of polish that many of its competitors had even at the time of its release. If you quit in the middle of a level (apart from some puzzles), you have to do the whole thing over. It’s not soul-crushing but it’s annoying, and perhaps something that could have been altered without sacrificing the integrity of the game. Nintendo does this masterfully with most of their HD re-releases they keep the vast majority of the original experience intact, but make small alterations here and there to improve upon some of the more dated aspects.

To accompany some of this unpleasantness I also had no less than four crashes on Xbox One, which, as you may have guessed, resulted in lost progress for those particular stages. It’s not so bad when it’s an early environment that only takes 10 minutes to clear, but on later levels it’s maddening. Voodoo Vince doesn’t stop there, as it also sports a few small pet peeves of mine, chiefly the fact that falling off a cliff is an instant death rather than a hit to your life bar. While I do love most of the puzzles on offer the levels themselves often don’t accommodate them, with some barren areas and pointless pits that feel out of place. It’s a bunch of little things that add up, and a lot of its glamour melts away the more you play it, without a sense of accomplishment to go along with some of its more challenging sections.

If it wasn’t for the technical issues I encountered I would have been a little sweeter on Voodoo Vince. When you look at its entire body of work, even in 2003, it was only a slightly above average platformer. This isn’t one that you need to necessarily rush out and pick up, but it’ll be the perfect rainy day game when it’s inevitably free on Games with Gold.

An original Xbox platformer that coasts by in some respects, but is mostly stuck in the past. 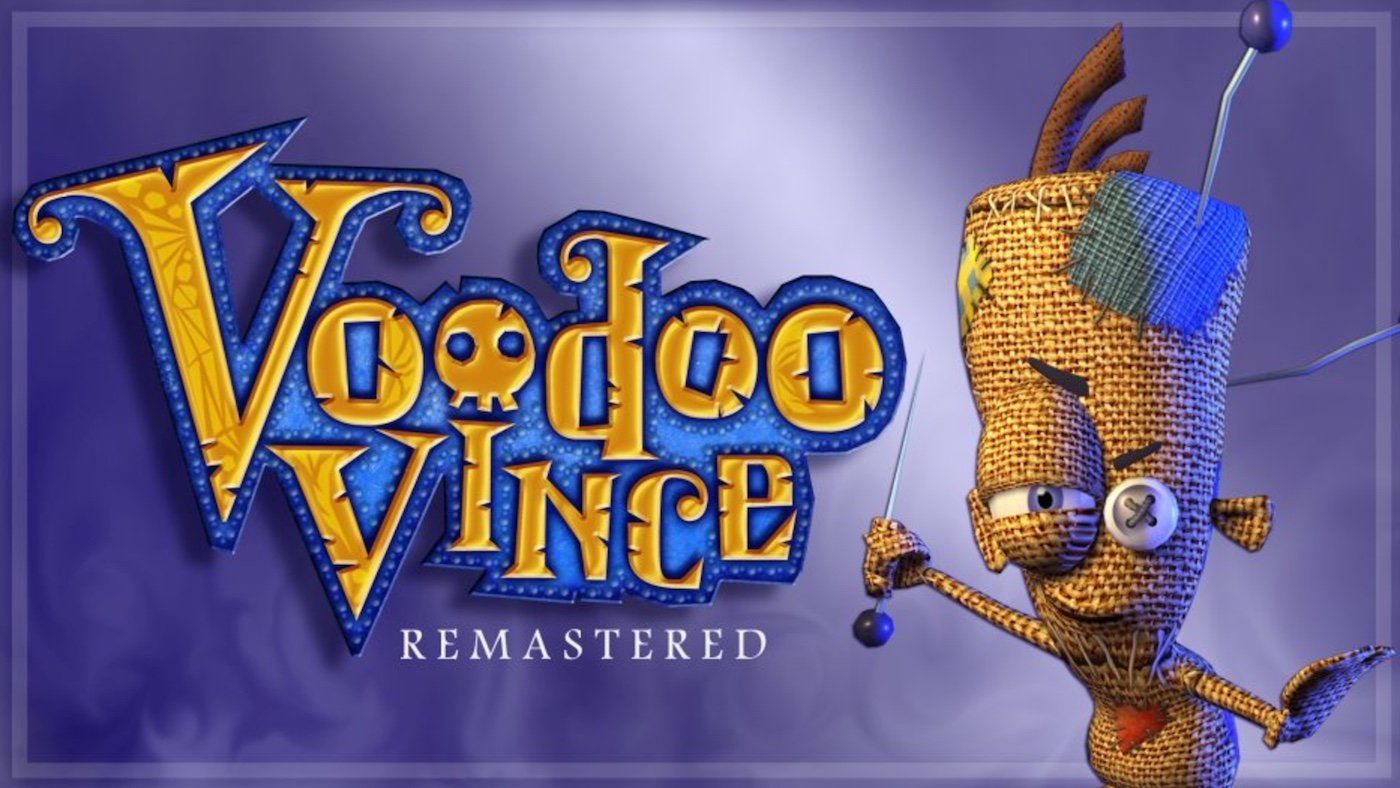