Prey Demo Announced for PS4 and Xbox One on April 27

Way back at E3 in 2016, Prey was officially revealed. Now, several months later, fans that had been left with their mouths watering at the time are in for a special treat. On the official Bethesda page for their game Prey, it has been announced that a short demo will be released for the re-imagining of the original IP.

On April 27, 2017, players will be able to partake in the first hour of Prey; which is a first-person action-adventure video game. In which, they will take the role of the main protagonist Morgan Yu. Almost immediately, the first day on the job becomes a chaotic thrill ride where an invasion of aliens commences. The goal is simple – thwart the alien invasion and save all of humanity. This one hour will give players a great glimpse on what the game will entail; which, for whoever saw the initial game’s announcement, will have no tie-in to the original. For a sneak preview before then, a trailer was released showing off the first hour of the game. 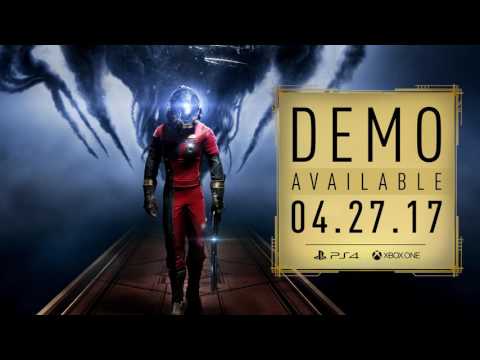 For players who fall in love with the demo, the inspiring news is that the game will be launched globally a few days after, on May 5 (on PlayStation 4, Xbox One and PC). However, the description of the demo only included the PlayStation 4 and Xbox One versions.

Outside of the demo, there is an incentive for anyone looking to pre-order this game before the May 5, 2017 launch date. If pre-ordered, players will unlock the exclusive Cosmonaut Shotgun Pack. Included in this pack are two med kits, three Neuromods to spend on new abilities, a starter kit for constructing weapons and tools, the Yu family’s heirloom Hargrove shotgun, an upgrade to preserve resources, a plan to create Shotgun ammo, and tools to assist when fighting threats aboard the Talos I.

Playing the demo could do wonders for anyone skeptical about the game because if they end up liking it, they can proceed to pre-order it to get the bonuses listed above.