The Walking Dead: A New Frontier – Episodes One and Two (PC) Review 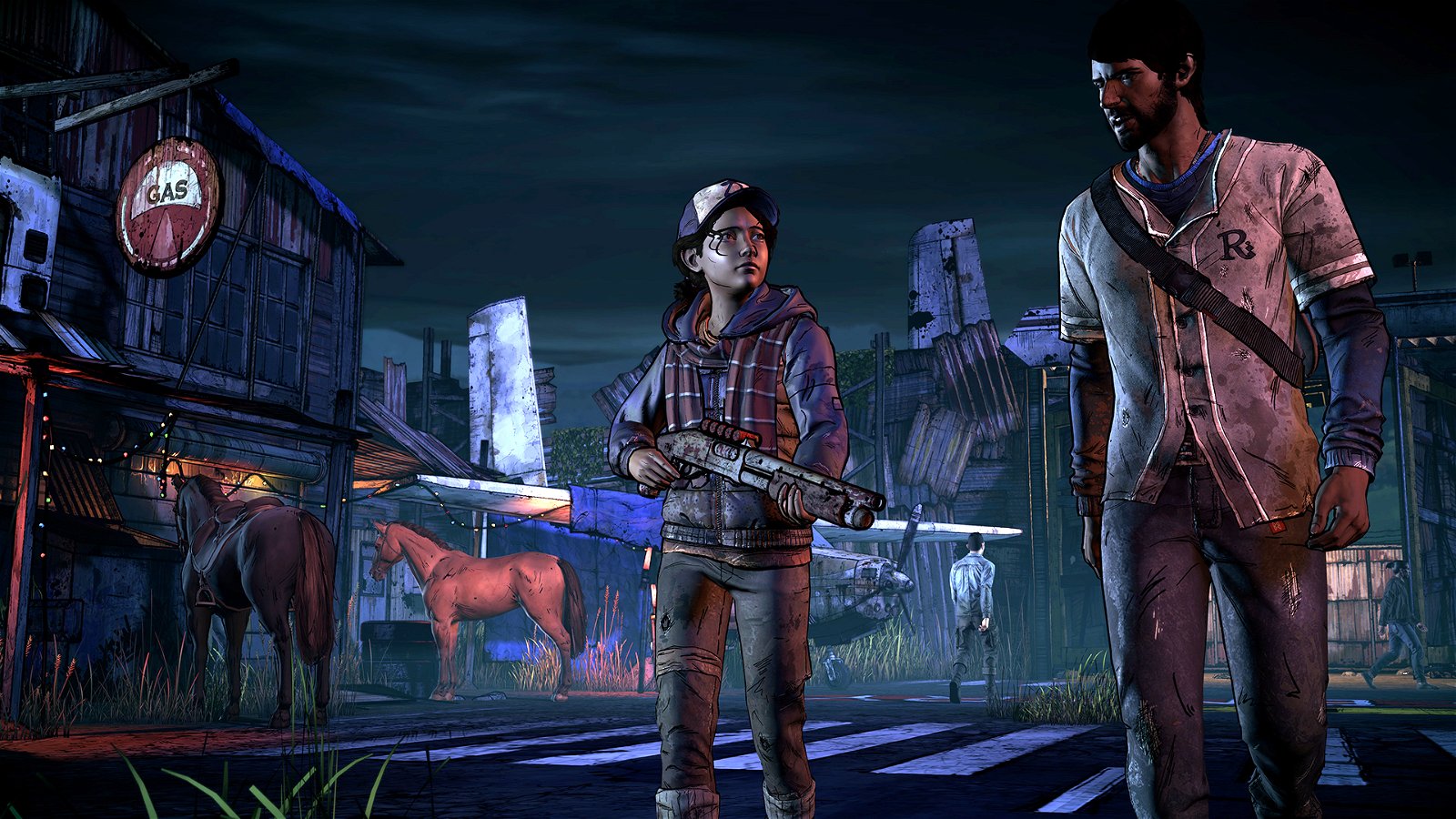 Telltale certainly had a lot on their plate going into The Walking Dead Season 3: A New Frontier. Not only was the studio tasked with somehow accommodating the half a dozen different endings that could be achieved in Season Two, but The Walking Dead Season 3: A New Frontier also needed to represent something that could appeal to both new players and those who might have thrown out their old save files with their last-gen console.

Though not all of these check boxes were evenly ticked (some of the seemingly big decisions you might have made in Season Two, for instance, are referred to with nothing more than a throwaway line), Telltale has just about managed to pull off a story that works as a respectful continuation of the franchise, while also holding its own as an isolated piece of interactive fiction.

If you’re new to the series or simply can’t find your saved decisions from previous seasons of The Walking Dead, don’t worry; A New Frontier begins with an optional Mass Effect-style prelude which allows you to make a couple of key decisions from the first and second seasons. Alternatively, if you’d rather go in blind with a completely randomized backstory, the game provides the option for that too. It still isn’t quite clear how all of these previous decisions are meaningfully acknowledged in The Walking Dead Season 3: A New Frontier by Episode Two, but some can result in players experiencing completely different scenes, as is also the case for several of the choices made during the new episodes themselves. This is the first time Telltale created a third season for one of their franchises, but these premiering episodes suggests that the studio is more than capable of juggling with the diverging consequences of player’s choices made up till now.

In perhaps another decision guided by the need to welcome the uninitiated, players are now thrown into the shoes of new character Javier Garcia; who finds himself looking after what’s left of his family, before running into a certain frizzy haired teenager. As the latest protagonist to follow in the footsteps of Lee and Clementine, Javier has yet to prove himself to be quite as memorable or endearing as either of those two, but his youthful affability works nicely as a foil to the more world-weary Clementine, who completed her transition from innocent youngster into a full-fledged bad-ass. Props must be given to Melissa Hutchison who perfectly captures Clementine’s evolution into maturity with a performance that retains the character’s signature voice, while simultaneously embellishing it with a palpable sense of grit and stoicism.

The surrounding cast of characters are also portrayed with impressive depth, as almost every survivor you meet manages to subvert your initial expectations of them as events progress throughout the episodes. The one exception to this is with regards to Javier’s hot headed teenage nephew, who manages to storm off in a mood on no less than three different occasions within three hours. Additionally, while the writing remains solid for the most part, The Walking Dead Season 3: A New Frontier sometimes falls into the same trap as Fallout 4 when it come to the presentation of its dialogue trees. There were a couple of frustrating instances where the words that came out of Javier’s mouth were completely different to what had been suggested by the on-screen text.

As with previous seasons, A New Frontier touches on themes of family, sacrifice, and what it means to care for the vulnerable in the apocalypse. As such, these first two episodes are packed with sobering moments of tragedy, agonizingly difficult choices, and a few well executed twists that I genuinely did not see coming. I can’t name many Telltale cliffhangers that have left me truly jaw-dropped, but, once Episode Two of A New Frontier faded to black, I was already counting down the days until I could find out what happens next. It’s a great close to a story that sets itself up for some really interesting conflicts going forward, and here’s hoping that Telltale can sustain this tension for the rest of the season.

Perhaps the greatest improvement to A New Frontier compared to Telltale’s previous work is with regards to the production quality. Character models are given a new lease of life through enhanced visual artistry, and the studio’s first foray into using motion capture has gone a long way in making character animations appear much less puppet-like than previous titles. Even the camera work, which takes on a life of its own during the more intense sequences, contributes to endowing the entire production with the stylistic hue of a big budget TV show, and it works wonders in absorbing you further into the drama.

Unfortunately, while the production quality has been raised, it appears as though the same can’t be said for quality assurance. Though the build I played through was around a week before launch, I would be lying if I didn’t report that my experience was marred with frequent bouts of stuttering, audio synchronization problems, and a number of moments where the game completely paused itself for several seconds. When everything else looks and sounds so great, these immersion breaking technical hiccups tend to stick out like a sore thumb. It’s probable that these bugs will be addressed in a patch, hopefully within a few days of launch, but it’s something to bear in mind for the time being.

Bugs and shortcomings aside, the last time I found myself this absorbed and invested in a Telltale game was with Tales from the Borderlands. If A New Frontier continues to build upon its characters and story arc with the same momentum of these first two episodes, this season could well turn out to be some of Telltale’s best work yet.

Two episodes in, and A New Frontier has already established itself as an important new story that expands and enriches Telltale’s interpretation of The Walking Dead universe.