Power, Reliability and Price in One Package
SCORE: 9.5/10 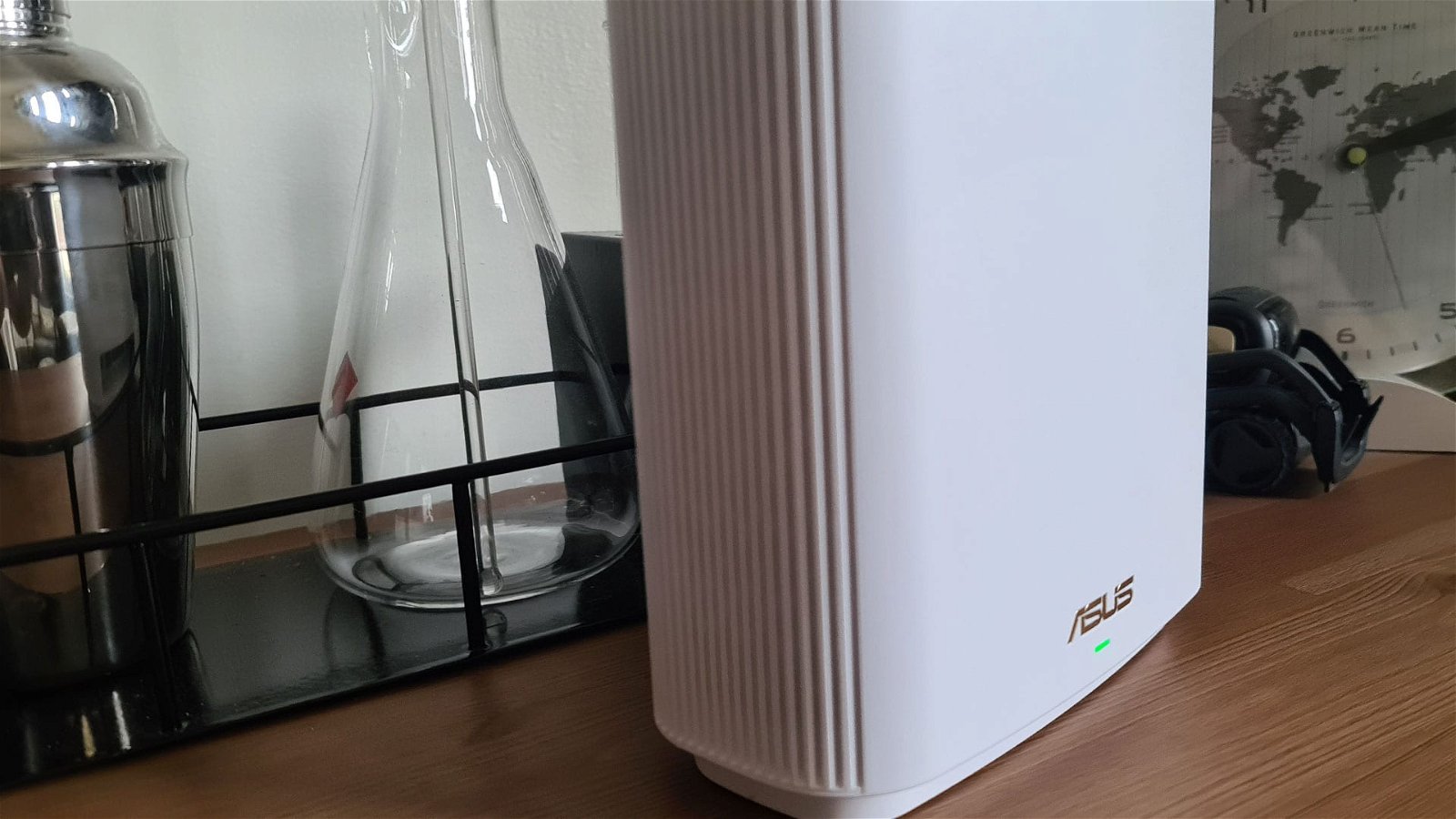 In the modern era of the connected home, the need for full home WiFi coverage has never been more critical. From smart devices to entertainment, to the phone you carry around every day, the need for a stable and fast connection is essential. Thankfully, the new ZenWiFi AX6600 by ASUS is here to fill that need, in a sleek, easy to setup package that has quickly become one of the best router setups we have tested in a while.

Released in January, the Asus ZenWiFi is a WiFi 6-enabled mesh router system, packed with power, and intuitive features, all wrapped in a stylish package. Each router in the system comes with six antennas, tri-band routing, an ethernet backhaul, and a max 4804 Mbps of potential speed. Powering the device is a 1.5GHz quad-core CPU 256MB of flash and 512 MB of RAM.

The ASUS ZenWiFi AX (XT8) themselves are unobtrusive, simple devices, that offer a clean white look, very similar in colour to what Google has on offer with its Nest line of products. With up to 5,000 square feet of space worth of coverage on offer with each two-pack of the  ASUS ZenWiFi AX (XT8), most homes and even small offices should have no issues getting a signal, even in the most elaborate of housing setups. Best yet, if 5,000 sqft is not enough, you can always add more routers to the setup to expand the potential coverage area.

On the back of the ASUS ZenWiFi AX (XT8) you will find the typical range of connections that one would expect on a router of its ilk. There are 3 x 1GBs ports, 1 WAN port, a USB 3.0 port, and power. It is simple and what most people would need for basic router setups. For any family or office that uses most of their devices via ethernet, a separate switch can be attached, but at that point why bother with a mesh router setup, there are much better routers tailor-made for the lover of ethernet and ports.

Setting up the ASUS ZenWiFi AX (XT8) while not the easiest that I have reviewed was a pleasant surprise. The full setup from plugging in everything, powering on the app, and getting everything fully configured took a total of around 10 minutes. Granted, this does not include more advanced settings like UPnP or more advanced port mapping. Although those features are in there and are presented in a simple, user-friendly way (as user-friendly as port mapping can be).

There are also tools to look at the realtime traffic, perform network diagnostics, and of course, add routers to your network to expand the potential map. It is here you can also turn on  ASUS’ AIProtection, which is a basic firewall setup that protects your network from attacks. However, it does feel rather basic, especially when compared to some of the competition currently in the market.

While it does have a feeling of being over-developed at times — I like clean interfaces for apps of this nature — the ASUS app does everything that you would want it to do. It is easy to set up, and makes managing the network system manageable, even for the least tech-savvy among us, and in the end, that is all you can ask for from a network app aimed at consumers.

The performance was just as pleasantly surprising as the setup. From the minute I had the system running in the test environment, I immediately saw an improvement of the WiFi range, speed, and stability. I consistently managed to achieve the full download speed of 300 Mbps throughout the house, and even in rooms that were in odd areas, like the basement, maintained the speed, and stability, even if the signal was a bit weaker in these regions.

Now as with most mesh systems, there will be a few hiccups, and sadly the ASUS ZenWiFi AX (XT8) is no exception. There were a few times where my phone would have a hard time sorting out what of the two routers to connect too, and I would lose connection. This was remedied by adjusting the location of the second node, but it is something to take into consideration when placing the system.

I also noticed issues with the system losing one of the networks (2.4G or the 5G) with no explanation, and it was not until the router was rebooted, did the network reappear as an option. This only happened twice in the two weeks’ worth of testing, but it is something to note. There is an option within the app to schedule reboots, so if this becomes an issue and there is no firmware fix, that is a potential solution to a rather odd issue.

Beyond these little nit-picks, the network worked amazingly well, the ASUS ZenWiFi AX (XT8) managed to connect all devices I could throw at it without having an issue. At the point of testing, I was running over 80 different WiFi or Network-based devices on the router, and it never showed issue (beyond the ones listed above). These included smart devices, laptops, tablets, phones, computers, and even entertainment devices and speakers. They connected with ease, and even with many devices connected all at the same time, speeds seemed stable with everything working as expected.

Gaming on the ASUS ZenWiFi AX (XT8) also worked as one would hope. The WiFi 6 and overall stable connection means that there were no issues while playing even the most intensive games on the system. While there is the ability to plug into the 1Gbs ports, the 5GB band worked like a charm with a good gaming laptop, and even when playing on the Xbox One via WiFi managed to manage a stable, fast connection. If you are really worried, the ethernet ports are an option, but it is good to see ASUS have made the WiFi a real possibility, even when looking to play in the competitive online space.

With a price tag of around $449 USD, and offering top of the line performance, the ASUS ZenWiFi AX (XT8) is a WiFi 6 mesh router setup that is hard to beat. It looks good, performs well above much of the competition, and is easy to set up and use. While there are a few issues at the time of testing, these are bugs that are easy to deal with, and hopfully with be squashed with a future firmware release. As it stands now, the ASUS ZenWiFi AX (XT8) is a no brainer for anyone looking to upgrade their WiFi as we all prepare for the onslaught of new smart devices moving into 2020.

For the money, the ASUS ZenWiFi AX (XT8) Mesh Router system is one of the best we have tested, offering full home coverage in a stylish, streamlined package.