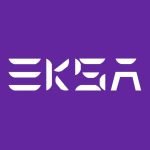 As a gamer I might’ve gone a little overboard on a spending spree after the release of many fantastic games this year. I needed an affordable headset to complete my gaming setup and the Eksa GT1 Cobra happened to catch my attention. The Eksa GT1 Cobra came in clutch with its high quality audio and its minimal 36MS latency that allows it to have better visual and audible sync. The best part is that it comes at a cheap price of about $100 CAD and does more than what it’s worth.

Eksa has released many gaming headsets to the market and their hot take on true wireless earbuds certainly lives up to their expectations as a gaming product company. I definitely enjoyed the balanced audio the GT1 Cobra has to offer. Its 10 mm drivers boast strong bass and the excellent treble isn’t distorted, so it makes for an amazing listening experience.

Upon sliding the box out of the cover and opening the magnetic lid, the GT1 Cobra is revealed to be packaged well without a lot of waste. The case was big enough to be taken out without much resistance. Like most other earbuds, it starts you off with a brief user-manual, a rather short USB-C charger, and two additional ear tip sizes for those with bigger or smaller ears. In the pictures, the user-manual pretty much explained how to pair them and the touch control.

“From listening to horror stories late at night to music while out on a light jog, the GT1 Cobra had no trouble sending out the most natural audio of any earbuds of a similar price range…”

Moving on, the GT1 Cobra earbuds deliver 6 hours of continuous use and have a fashionable “gamer” aesthetics with glowing blue lights mimicking cobra eyes that flash occasionally—if they were to fall off in the dark, you’d easily find these lying around on your carpet just like a cobra would with its prey. Although rather bulky, the case is also designed to resemble the appearance of a cobra head with blue eyes that glow to indicate the battery life. That also adds 30 more hours of usage. It’s a great ease of life feature to help you keep track of how much time you have left before another recharge.

The best part about them is that pairing them is simplistic. Just take the earbuds right out of the case and connect to your device through Bluetooth. They’ll pair automatically afterwards to save you the hassle of going through your settings before listening to your favourite songs. Although there is no included app to customize your experience a bit more with an equalizer to boost your bass to the max, my experience wasn’t ruined.

From listening to horror stories late at night to music while out on a light jog, the GT1 Cobra had no trouble sending out the most natural audio of any earbuds of a similar price range, with just a 10% harmonic distortion. I tend to listen to a limited range of music genres, but these earbuds didn’t stop me from enjoying opening up to another genre that I’m used to. Song artists such as Shawn Mendes or The Onepublic were things I wouldn’t have listened to before trying out these earbuds, and I was absolutely missing out on many of their great songs. The earbuds definitely helped in bringing out their emotions from their vocals and the separation of the vocals from the instrumentals.

My only complaints were how limited the touch controls felt, being unable to skip through my playlist or raising the audio without the help of my phone was a big turn-off for me. I can’t remember how many times I had to go through the hassle of grabbing my phone to skip a song I wasn’t in the mood for. Although I don’t blame Eksa, since they specialized in gaming headphones and designed the GT1 Cobra in their image as another addition to their gaming products. Which isn’t a bad idea, but remember these are earbuds, and they’re mostly used for music on the go. So, naturally, it would be a good idea to create more ways you can control your playlist.

Speaking of gaming, it’s about time I elaborated on my gaming experience, the one thing they’re made for. A unique feature of the GT1 Cobra is its two separate modes for music and gaming that can be easily accessed with a couple of taps on the earbuds. In its “gaming” mode, the latency is reduced to 36MS and captures even the smallest ambient sounds mid-game to immerse you into the experience. There’s also a built-in mic for communication between your allies.

I tried this feature out while playing Valorant and I have to say, these earbuds were impressive at picking up small sounds such as footsteps, but sadly, I was gunned down after missing a shot at them. Obviously, being able to hear the enemy doesn’t make you a pro at the game. Despite being terrible at the game, I still loved the entertaining dialogue between the characters and the sound effects of their abilities which were clearly heard. Needless to say, these earbuds are great for gaming and I would actually consider these earbuds as a replacement for the usual gaming headset.

The Eksa GT1 Cobra is incredibly lightweight, and the ear tips are moulded to fit comfortably in your ears, compared to a traditional headset that is usually quite hefty in weight and all the cables get tangled up at some point. They may last longer than headsets due to how small they are. It’s easy to fit into your pockets or bag without being crushed by the weight of anything going on top of them. Another reason is the fact that they don’t take water damage as easily. I even sometimes forgot these were in my ears before I took a shower because of how comfortable they are. Luckily, the earbuds are built to be splash resistant for occasions like this.

While I do enjoy using the GT1 Cobra, there’s a limited amount of control over your playlist. But remember, these aren’t as expensive as other brands, like AirPods. They are meant to be affordable, and sure do a lot for what they cost, especially for gaming or listening to music. So, if you’re up for a game of Valorant or League of Legends with your friends, these are some great alternatives to a headset.

For those who need to be cheap with their money, Eksa’s GT1 Cobra has a lot to offer for its price as a gaming product.
REVIEW SCORE
8
File Under: EKSA, Headphones