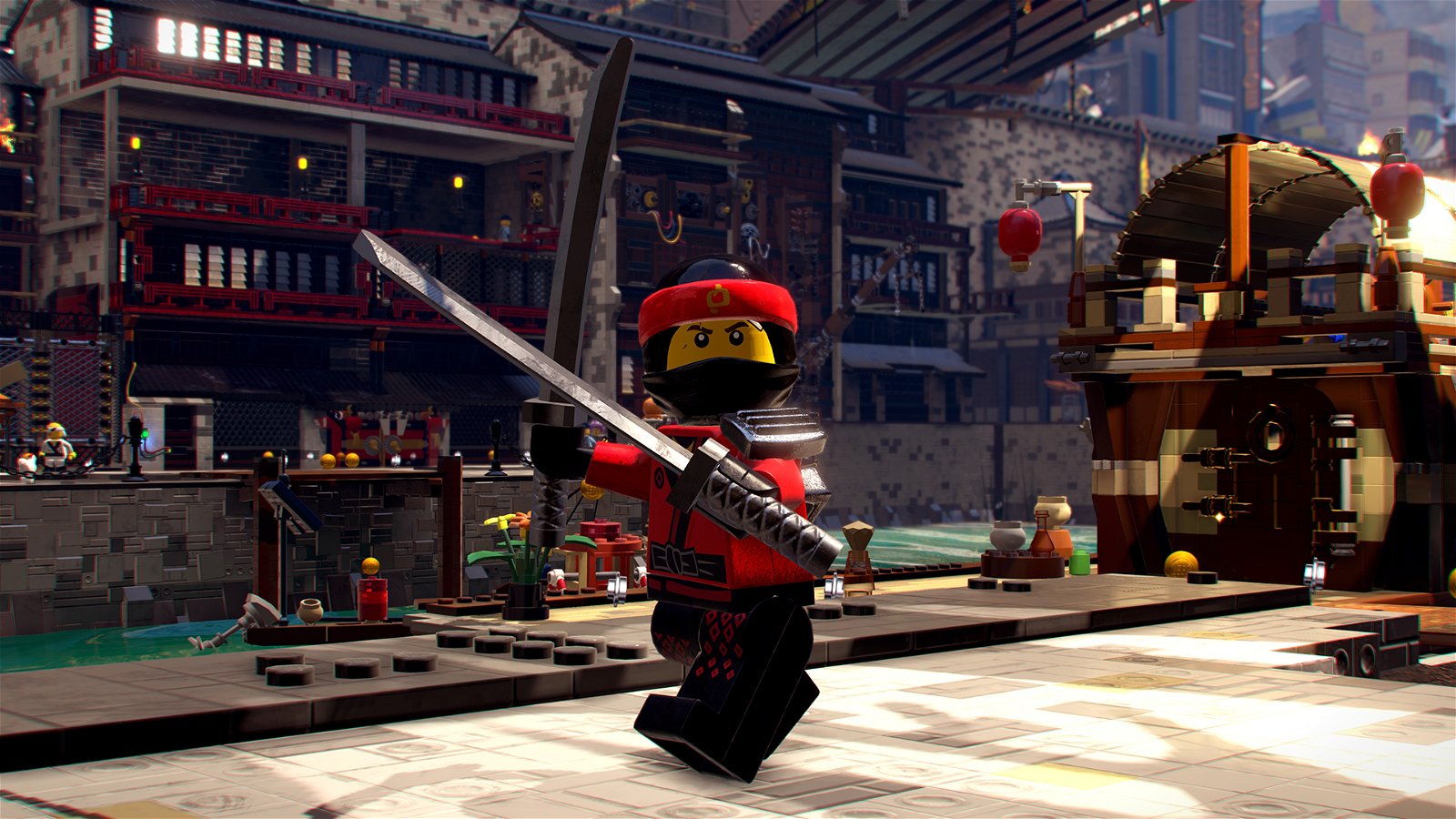 From a young age, I learned to be suspicious of any game adaptions of movies. The Lego games, however, have a pretty good track record, so I didn’t want to immediately write off The Lego Ninjago Movie Video Game. After playing it I can say that while it isn’t the worst game out there, it’s definitely one of the less polished games in the Lego franchise and shouldn’t serve as a representation of the series in any way.

If it isn’t obvious, The Lego Ninjago Movie Video Game is based on the recent Lego Ninjago movie currently in theatres. The game follows a slightly abridged version of the movie’s plot, going as far as using a number of clips straight from the film as cutscenes with in-game cinematics to help tie the scenes together. Admittedly, I didn’t know much about the Lego Ninjago series going into this game. Since the game assumes you’re already in the know by dropping you right into the story with nothing more than a name following the first appearance of a character, I can only assume that the Ninjago is like Lego Ninja Power Rangers, right down to each of them having a giant robot to pilot.

There are some serious issues when it comes to the game’s performance. When you first start The Lego Ninjago Movie Video Game, the initial loading screen can last for up to two minutes. Even worse than that, there’s a possible chance that the game might not load at all and instead just freeze. Another issue I had was the audio randomly cutting out. These issues could only be solved by closing the game and restarting, something I did about four or five times.

The Lego Ninjago Movie Video Game plays nearly identically to Lego games released before it. You advance through levels with two story-related characters, smashing Lego constructs, solving puzzles and beating hordes of enemy goons. In comparison to previous games, there’s a larger emphasis on combat this time around, something I thought I would enjoy—and for the first ten minutes, I did.

You’re encouraged to switch up your attacks so that enemies can’t guard against you but it quickly becomes apparent that this is just the game’s way of checking to see that you’re still paying attention. Mashing two buttons repeatedly for hours against enemies that don’t stand a chance isn’t much more interesting than mashing one. To the game’s credit, it was entertaining the way certain combos were presented, slightly shifting the camera as you’re knocking your enemy up into the sky and hitting them 50 times but it gets old. There are still the occasional puzzles involved to break things up but these come up less often and are usually solved by pressing circle in the green spot. The game features an overworld full of collectables to find and events for you to take part in and as with any Lego game, there are around 60 characters so if you’ve ever wanted to play as “Sushi Chef”, he’s there.

The Lego Ninjago Movie Video Game continues the trend of bad games based on movies. The core concept of the Lego games saves it from being a bad game—but it isn’t a good one either. Ultimately, kids who watched the movie or TV show will be the ones playing this so they likely won’t know any better but this is easily one of the lazier Lego games made.

Want to see more videos? Subscribe to our YouTube channel and check out the First 15 - Marvel vs. Capcom: Infinite and Cuphead!

Final Thoughts
The Lego Ninjago Movie Video Game is based on the recent Lego Ninjago movie currently in theaters, playing similar to Lego games of the past.
More From CGMagazine