There are a number of ways to title an action movie. Generally, these titles involve a promise of excitement and explosions. They don’t even necessarily need to make sense (like Die Hard), they should just look tantalizing on a marquee or streaming cue, so that you know what you’re getting yourself into. If someone were to put together a list of the worst possible action movie titles, The Accountant would certainly feature prominently. After all, when you think about the guy who helps you figure our your taxes so that you don’t have to do math, you don’t picture edge of your seat entertainment. However, we now—somehow—have an action movie called . It stars the competently charismatic Ben Affleck as well. So, I suppose that title and star are at least appropriate pairing.

As you may have guessed, Affleck does indeed star as the accountant of the title. He’s an autistic math whiz who has incredible trouble with personal interaction but slays it when it comes to crunching numbers for the taxman. His latest gig is to look into the books of a robotics company run by John Lithgow because one of their young accountants (Anna Kendrick) spotted something fishy. At the same time, JK Simmons is leading a task force to find a contract killer who might be hiding as an accountant and Jon Bernthal is running around murdering people connected with Lithgow’s company like it’s his job (probably because it is). Plus there are long flashbacks to Affleck’s past that involve childhood fight training and a prison stint with Jeffrey Tambor.

Yep, The Accountant is a weird one. The good news is that for healthy chunks of the running time, it’s actually kind of fun. After all, this premise is downright goofy and director Gavin O’Connor (Warrior) finds a certain balance between humour and sincerity. The movie never takes place in reality, but in action movie land where everyone is amazing at their job and speaks almost exclusively in snarky banter. Affleck is actually pretty good in the lead role, finding the right level of shielded blankness to suit both his limitations as an actor and the socially awkward aspects of autism (plus he blows stuff up real good). Anna Kendrick is stuck in an underwritten love interest role, but invests enough of her patented adorable neuroses to find genuine chemistry with Affleck. Simmons obviously knows how to be a tough guy with his tongue-in-his-cheek, Bernthal is quickly becoming one of the most dependable character actors of his generation, and Tambor can’t help but be amusing. The players always outclass the script and that’s never a bad thing in a B-movie. 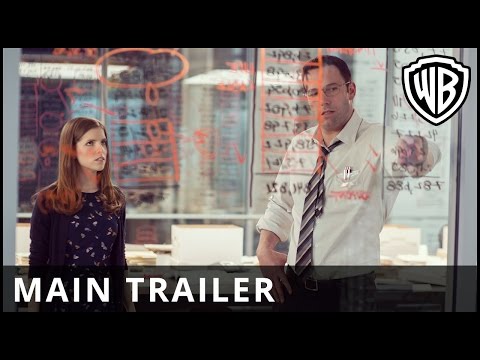 As long as The Accountant is in playful shoot em’ up mode, it kind of works in a dumb action movie way. Unfortunately, this isn’t exclusively B-movie fluff. The flick wants to go for the heart and gets serious in the back half and that’s when O’Connor loses control of his big ol’ playset. When all the mysteries are revealed, the result is tediously convoluted melodrama. Some of the monologues the actors are required to deliver in po-faced sincerity are impossible to pull off. The gentle laughs that help sell the stupidity in the first half soon give way to the wrong kind of laughter in the second half. The good will drains away and by the time the filmmakers attempt to turn this into a pilot episode of a new action franchise, it’s hard not to roll your eyes. This could have been fun fluff were it not for all the gratingly commercial and failed dramatic ambitions.

Still, The Accountant isn’t a disaster. There have been worse action movies released this year and there are likely worse ones to come. The cast is overqualified for this schlock and O’Connor nails the mix of action and humour well enough for about an hour that the movie is hard to outright hate. It’s an entirely passable bit of star-driven Hollywood action entertainment. Given the dreary prospects for the project suggested by the title, this thing really should have been much worse. That might be a backhanded compliment, but the fact that there’s any sort of compliment to pay to The Accountant is a pleasant surprise. If you’re looking to waste some time in a theatre with low expectations, this one is fine.

Final Thoughts
If you’re looking to waste some time in a theatre with low expectations, this one is fine.
REVIEW SCORE
6
File Under: Ben Affleck