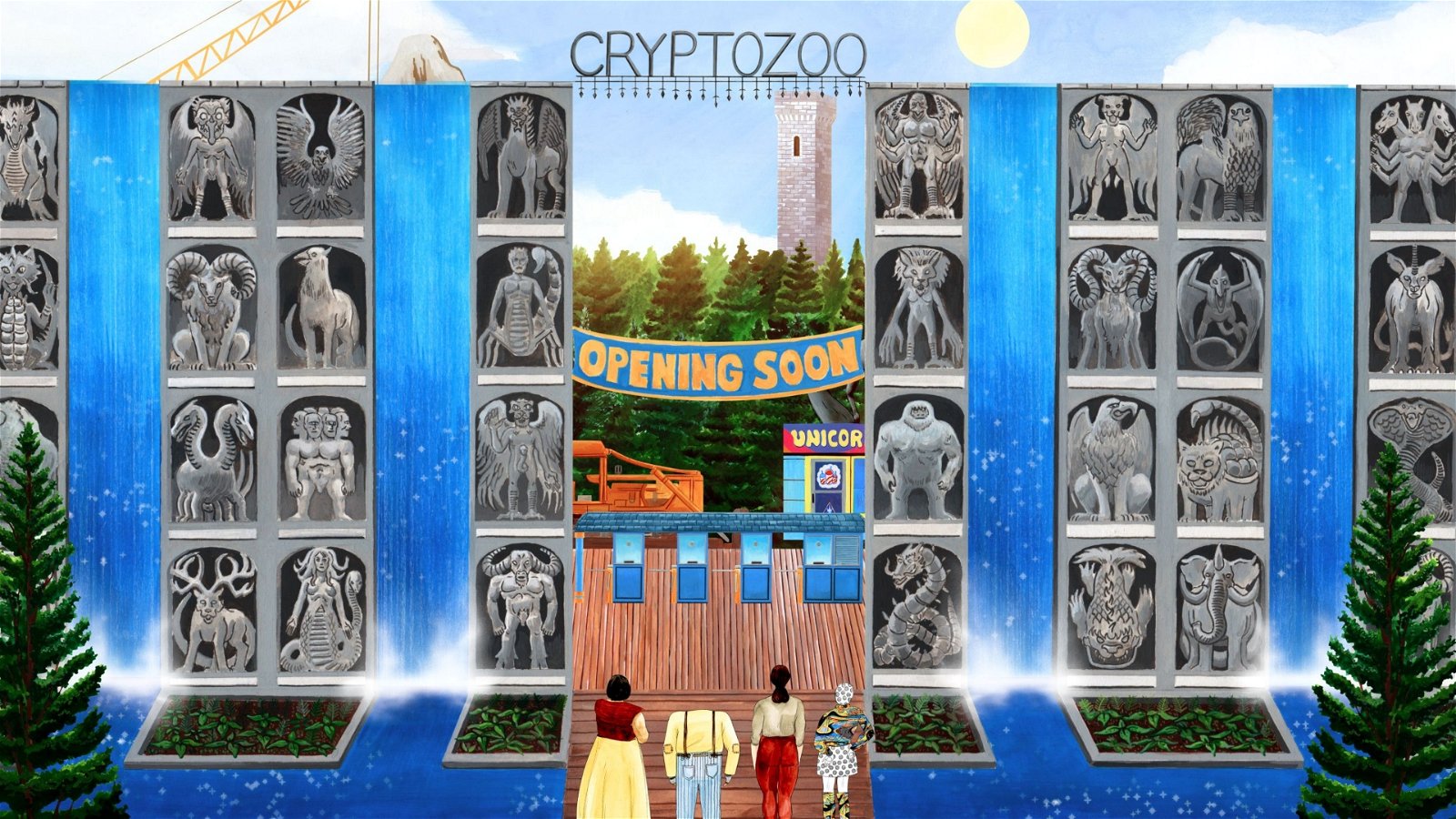 Cryptozoo is one of the strangest films I’ve seen all year, which is both a boon and a burden. The messages it conveys are universal, despite its mythological far-out presentation. But it also tends to coast on that striking style a bit too often, while muddling its approach.

Cryptozoo hinges on a central location: a literal zoo for holding cryptic creatures. It’s here that a lot of the meat of this morality tale lies. Do you hold these animals of legend in a pen forever, or show them off to the world? And what are the implications of doing so? Cryptozoo balances that question with several human angle stories, including a spy-like [well-meaning] cryptid-catcher and an unsuspecting couple that stumbles upon the zoo. All of this is backed by an art style that would be extremely comfortable in Ralph Bakshi’s prime, with a haunting score to add to the unsettling nature of the material and the visuals.

As you can imagine, there’s a lot going on, and I was constantly torn as to whether I was actually getting anything out of Cryptozoo on a practical or emotional level. It wasn’t that it was hard to follow at all; it’s that it tries to juggle so much that it wears itself thin at times. The “spy” angle is riddled with clichés like “you know I work best alone” and “people always fear what they don’t understand.” But moments after that line, we meet a Gorgon who “tranquilizes her snakes and wears contacts to fit in.” Rad! It’s like riding a wild uneven roller coaster.

“Cryptozoo is one of the strangest films I’ve seen all year, which is both a boon and a burden.”

Thankfully, Cryptozoo’s animation style is uninhibited. It’s not afraid to stylize its morals or provide us with cool shots like a cross-sectioned plane ride. It also has taken on the gargantuan task of illustrating countless creatures of legend, while putting its own spin on them. At a base level, it’s fun to watch and see if something familiar shows up or learn about a creature from another region you may not have even heard of before.

Halfway in, it morphs into what is ostensibly a more nuanced take on Jurassic Park, if dinosaurs could talk and go on a tour to decide if they wanted to live there or not. At times, it loses sight of what it’s trying to do and becomes unfocused: when coupled with stilted dialogue and several wooden deliveries, it completely loses its impact.

It needed a little more polish and a better script, flat out. The clichés betray its overarching message, which is often better conveyed on screen when there’s no dialogue at all. Maybe that’s the compromise that needed to be made so that the film could see the light of day, but I’d love to see director/writer Dash Shaw continue to take more chances. Over time, Cryptozoo becomes more about the journey than the narrative or its characters. If you can roll with it, it’s easy to get sucked in for an hour and a half, but it will probably leave your mind soon after. While it could have been executed better, it gets plenty of points for originality.

Cryptozoo is a half-idea, done in a very interesting way that’s bound to be polarizing. 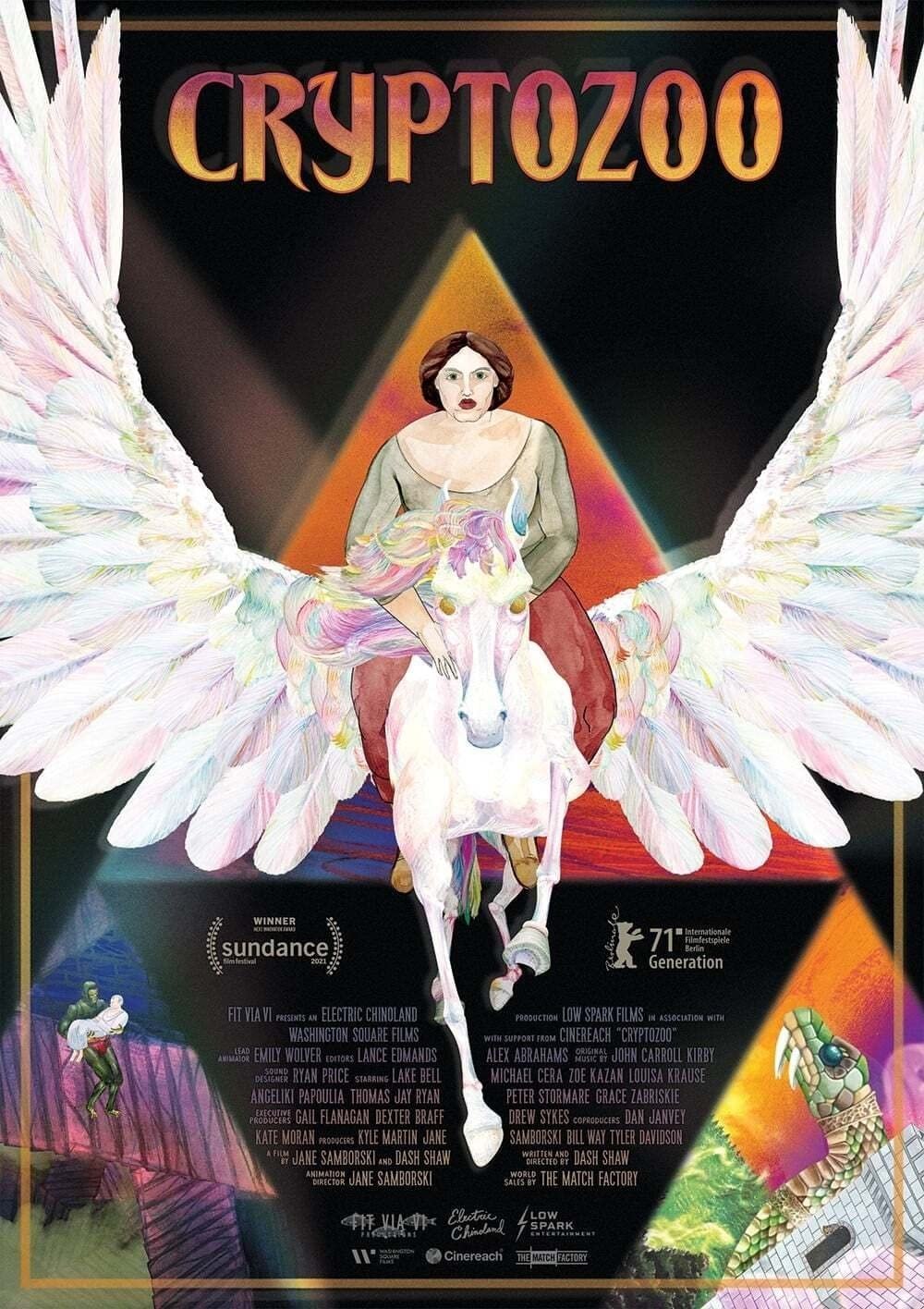