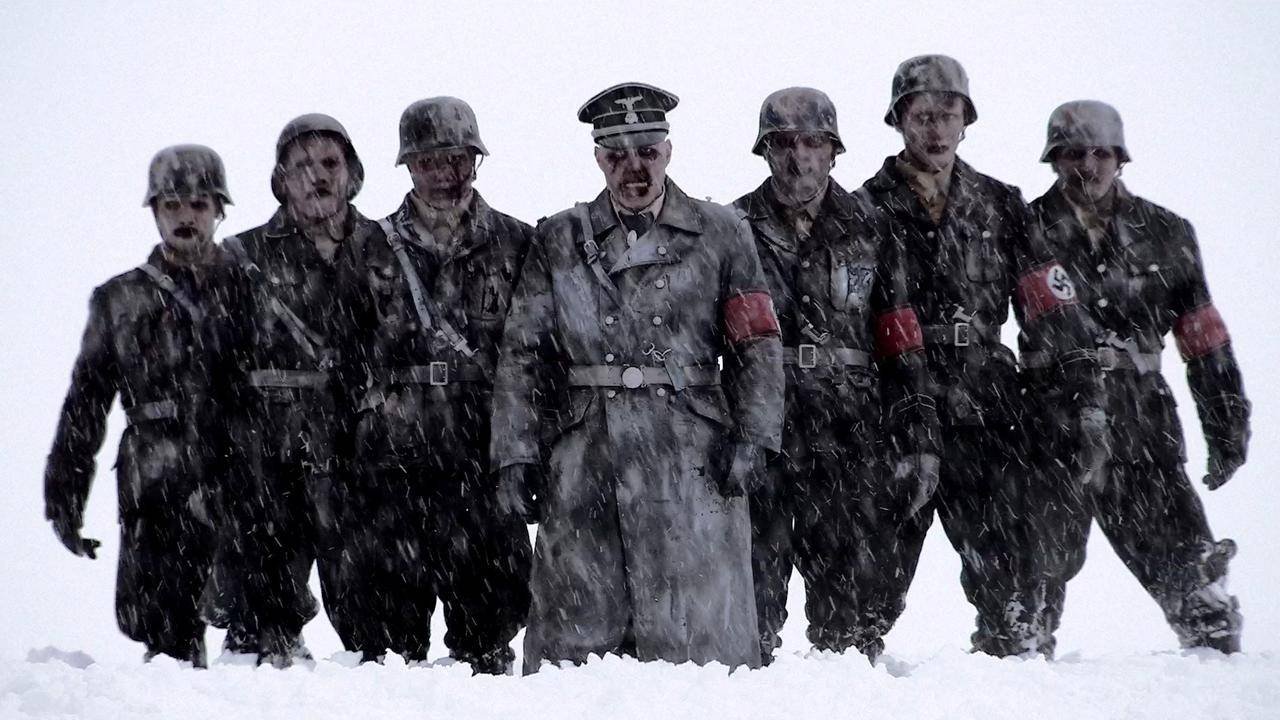 Dead Snow kind of reminded me of that Simpsons episode where they’re watching the latest McBain movie in which the titular hero is pursued by Commie Nazis in jet fighters as he tries to deliver UNICEF pennies to starving Africans. It was the amalgamation of the two greatest geo-political villains of the 20th century; the combination of the Swastika and the hammer and sickle. Dead Snow similarly mashes up two great generic movie villains: Nazis and zombies. Now, one of the most hyped about movies from this year’s Sundance, Fantasia and Toronto After Dark festivals comes to a theatre near you, and though it’s far from perfect, it’s also far from missable.

The beginning of the film is so clichéd even the movie’s characters can’t help but comment on it. Seven med school students head out into the middle of nowhere Norway, for some fun in the snow over Easter break. It’s their friend Sara’s cabin, and while these seven drive to the cabin in relative ease, Sara’s decided to ski there being more “sporty” than the rest. Their first night at the cabin, an odd old man arrives at their door asking for a cup of coffee and a bit of warmth. Apparently he’s some kind of vagabond, but that’s not exactly explained thoroughly though. Anyway, the old man has a story. It’s a story about evil Nazis that pillaged the land during the war only to be forced to retreat in a civilian revolt, only they never really left.

But they never really died either and these zombie Nazis aren’t really zombies in the strictest sense of the term or in the Danny Boyle sense of the term either. No my friends, these zombies are smart, they have tactics and they take orders from a Herr Colonel Nazi Zombie. They also have goals. No they aren’t attacking cottagers at random, because that would be silly. Like a leprechaun hording a pot of gold, these Nazis are protecting their stash of ill-gotten booty. As to why they killed the wise old man/vagabond that camps in a flimsy tent in the middle of Scandinavian winter, I’m not sure, but it was probably because he talked. Anyway, the lesson is clear: if you find Nazi gold, leave it be.

By any success, the Nazi zombies have at all is not to the credit of their intelligence, but the stupidity of the college kids they’re attacking. For example, the leader of the pack, while exploring a nearby cave, discovers a cache of Nazi firearms, and despite already finding the chewed up remains of the crazy old man and hearing gurgles of life in the cave, he puts up his dukes rather than reaching for a Howitzer. Later, the survivors rally for one last assault after one of them inadvertently burns down the cottage with a misaimed Molotov cocktail. They run to a nearby shed and once inside they notice all the implements necessary for fending off a zombie attack: axes, sledgehammers, even a chainsaw. Did these people not read the Zombie Survival Guide? They seemed so self-aware in the beginning, they never thought to check the tool shed?.

But the dimness of the humans and other lapses in logic (like why didn’t the Nazi zombies just go into the cabin to get their loot since they knew it was there in the first place) don’t take away from the fact that Dead Snow is pure enjoyment. I think somewhere in the mind of the filmmakers they were making the Scream of the zombie genre, a post-modern sleight and celebration of all the conventions and such. There’s the film buff who naturally dies first, the med school student that can’t stand the sight of blood, and the one person that comes along with timely exposition just as the movie’s gotten underway. It’s easy to see why this would appeal to genre fans and the After Dark crowd, because if you can’t enjoy the Nazi zombie massacre in English subtitles for all its blood and gore glory, then I feel sorry for you.

It’s easy to see why Død snø would appeal to genre fans and the After Dark crowd, because if you can’t enjoy the Nazi zombie massacre in English subtitles for all its blood and gore glory, then I feel sorry for you. 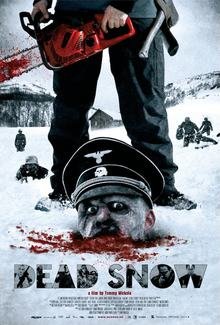