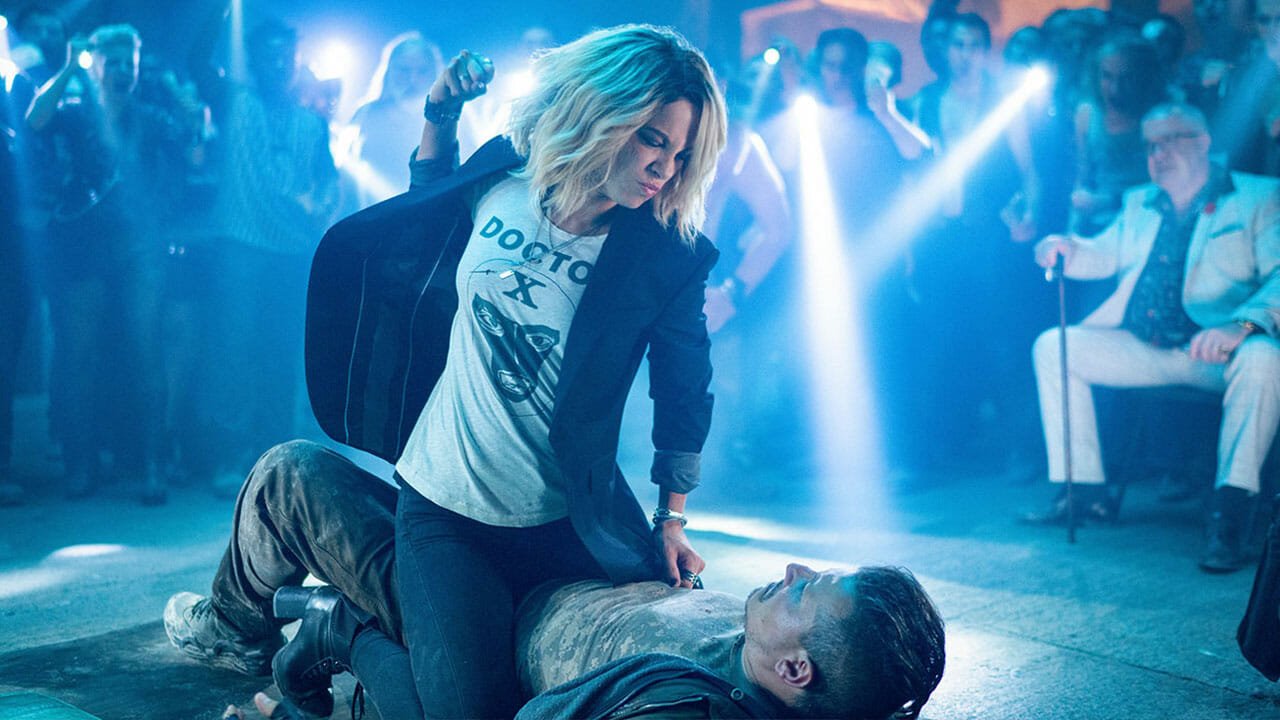 The idea of a woman who gets angry at even the smallest slight is an interesting concept. Kind of like how Larry David gets annoyed by the smallest slight. Under the guise an action film, Jolt features Kate Beckinsale getting really mad at people for about an hour and a half, doing some collateral damage along the way, then the film ends. That really is the best way to sum up the rather dull Jolt, which doesn’t push its premise nearly far enough.

Kate Beckinsale is a respectable action star in the eyes of many; and having her literally jolt herself with electricity to stop her rage every time she witnesses a transgression while out and about is intriguing. Like a friendly neighborhood Spider-Woman type that protects the innocent from getting yelled at while on the job. And in the film’s opening moments, it does make use of that premise to aplomb.

“In another world I can see Jolt becoming an eccentric smash.”

Beckinsale is funny (as much as the script allows, at least) and entertaining, but not enough to lift this uneven action romp out of the muck. What could have been a fairly grounded, yet absurdist slice of life action comedy devolves into insanity very quickly. We get to see her live her everyday life in pain with her condition. We witness her meet the likable Jai Courtney, and tangle with Stanley Tucci, her doctor/therapist of sorts.

Again, it’s all promising stuff early on, as the film gives off “Wanted” vibes from a capable action actor, with a hint of dark humour. But not all of that humour lands, as we see the same “what if she actually beat up and/or killed this person, but didn’t, because she shocked herself” montages again and again.

One of the biggest hurdles is the constant tug of war between the main mystery of the film and the conflict between the main antagonistic forces and the detectives that are trying to get to the bottom of it. Much like Beckinsale, Bobby Cannavale and Laverne Cox as the aforementioned cops are lovely, but they aren’t given much to do. It all unravels quickly, far before the midway mark.

It’s like writer Scott Wascha pitched the entire idea, the powers that be bought it, and they had no idea how they were actually going to follow through with it. In another world I can see Jolt becoming an eccentric smash. As-is, you’ll need to make the decision whether to even watch it for free.

Jolt is an exceedingly average action film that doesn’t execute on its promised premise while underutilizing its cast. 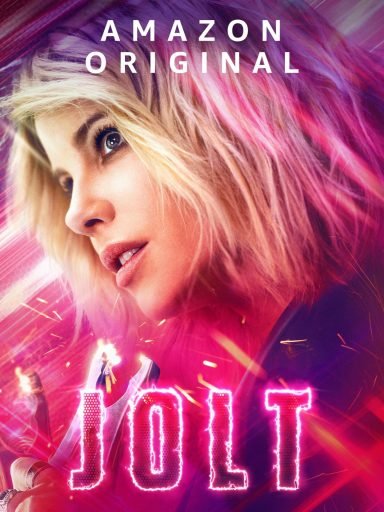