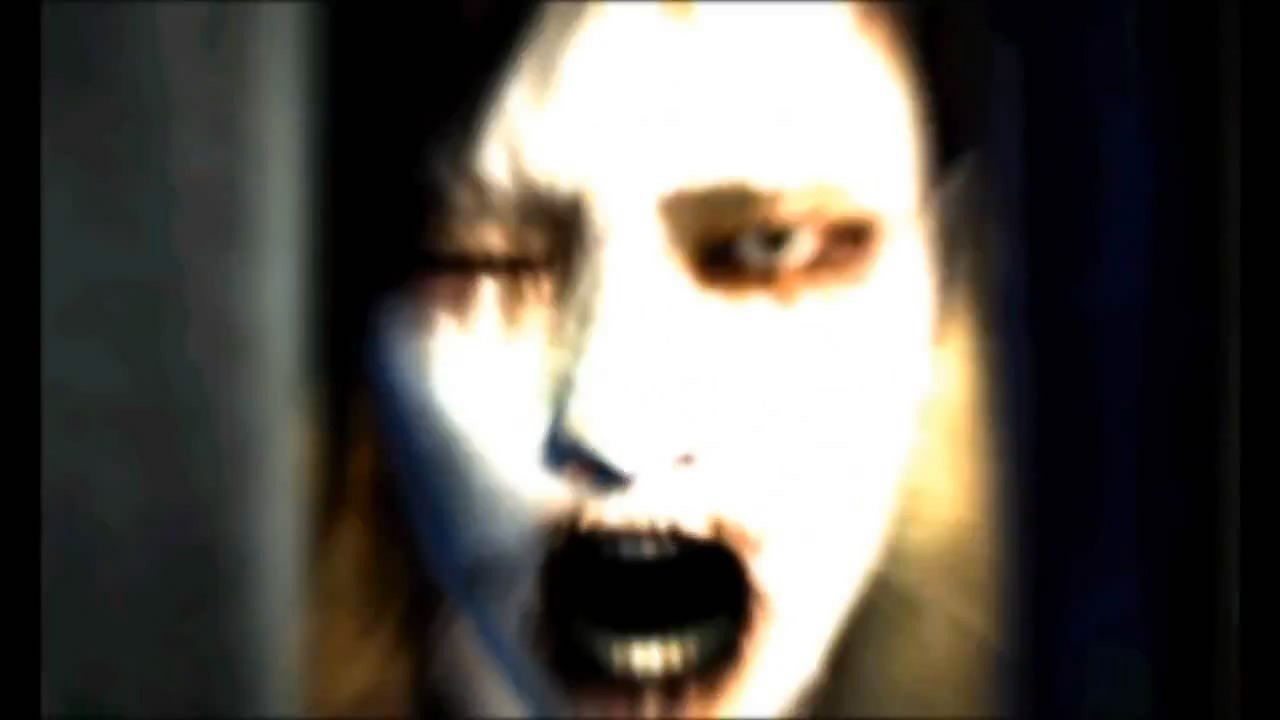 When the 3DS launched, the most impressive games came with the system. Of course, I’m talking about those fancy “Augmented Reality” games that filled your room with floating faces and made dragons pop out of desks. It was a pretty incredible showcase for Nintendo’s new technology and despite the fact that those games were all anyone talked about when the 3DS was released, there have practically been no applications for the technology produced since. Well, until now that is (cue dramatic music). Dipping back into an almost forgotten, but beloved J-horror franchise Fatal Frame from the PS2 era, the good folks at Tecmo have embraced AR tech for a technically groundbreaking horror game.

Have you ever wanted to have those creepy dead-eyed, long-haired school girl ghosts from Ringu or The Grudge appear in your bedroom? No, ok let me rephrase the question. Have you ever wanted to have one of those ghosts appear in your bedroom in a video game where you needed worry about being frightened to death? Good, then get excited for Spirit Camera: The Cursed Memoir because that’s what you’ll get. It’s an incredible mix of in-game design and real world elements that feels completely original. Unfortunately like any piece of tech-demo software, it’s buggy and brief. The next game to embrace this technology, must learn from these mistakes, and that future, expanded the experience could be a masterpiece. Spirit Camera is probably a tech curiosity at best, but one so unlike any game on the 3DS or any other system that it’s worth checking out at least once.

The story is pure J-horror, too convoluted to completely understand, but simple enough to follow. It revolves around a mysterious book called “The Diary of Faces’ that’s included with the game. The book is haunted by the spirit of a young girl named Maya who was trapped in its pages by the mysterious Woman in Black (no relation to that Harry Potter guy’s movie). Maya has lost her memory and needs your help. That means you’ll be walking through a mysterious haunted house via your trusty 3DS (referred to in the game as the titular Spirit Camera) or having ghosts pop out of the book and into your living room through the 3DS’ fancy-pants AR technology. The game uses the same camera obscura mechanics of past titles,  with ghosts exorcised by taking their picture, so get ready to shoot some snaps.

Even though the game is made for a portable system, you’ll never be able to play it on the go. Gameplay involves spinning the 3DS around 360 degrees in physical space whether you’re playing levels in the virtual world or in your room with the book. In order for the AR cameras to work, the room also has to be bright. This makes it a bit of a pain because a) bright lights and jump scares don’t go well together and b) the haunted house levels are shadowy and dark, which are difficult to see with bright room lights reflecting off the game screen. You’ll find yourself spinning around your room snapping at ghosts and pointing the system at the booklet to unlock new ghosts and levels. I definitely looked like an idiot while doing this, but it was undeniably fun. Certain sequences such as a door magically appearing in the booklet that you have to touch on with your hand only to have a ghost hand emerge from the page and slap you away, are undeniably creepy and effective. However cumbersome the game may be to play at times (particularly during the point n’ shoot ghost battles that always seem to go on just a little too long), the experience itself is certainly unique. It’s an ingenious application of both AR technology and J-horror ghost chills.

There is a catch though. The main campaign clocks in at about 2 hours. There are a handful of AR mini-games included, but nothing that will occupy too much of your time (unless you love snapping 3D photos with frozen ghosts awkwardly included). If Spirit Camera was a downloadable title, I would dub it a must-buy application without hesitation. However, if you want to sample the strange and original charms of Spirit Camera, you’re going to have to plunk down $40 for a copy. That’s just too much cash for so little gameplay. It reminded me of the Wii’s spin-off of The Grudge film franchise that incorporated all the series’ ghosts for a virtual haunted house and allowed a second player to join in with a series of jump-scare commands to freak out his or her buddy. Both Spirit Camera and The Grudge were very clever and creative applications of the horror game genre, but both also offered far too limited of a gameplay experience to justify the full retail price tag.

That said, Spirit Camera attempts such original things that I can’t be too negative about it. As brief and occasionally frustrating as the game was, I can’t pretend that my jaw didn’t hit the floor several times while playing. Very soon someone is going to create a full-length game that uses AR elements this well and it will be astounding (who knows maybe there will even be an improved Spirit Camera 2. I’d get behind it). This title isn’t it, but it is a damn impressive little experience worth a gentle recommendation. Don’t run out and buy Spirit Camera, but if a friend has a copy or you find one on sale, give it a shot. If nothing else, you will have never played any game quite like this one before. No if you’ll excuse me, I need to go pretend that there aren’t suffering ghosts hidden throughout the corners of my apartment. Anyone have a sleeping pill they could lend me?

Spirit Camera is probably a tech curiosity at best, but one so unlike any game on the 3DS or any other system that it’s worth checking out at least once. 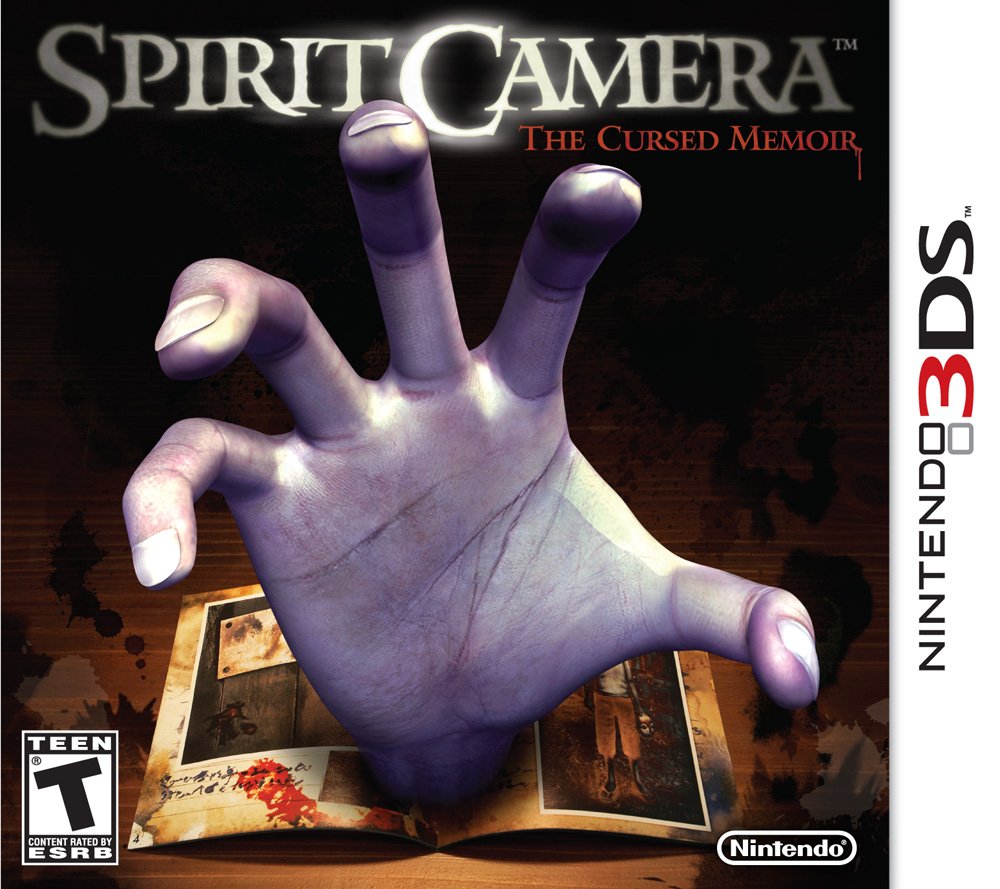