From Controllers to Headphones, these are the best Series X 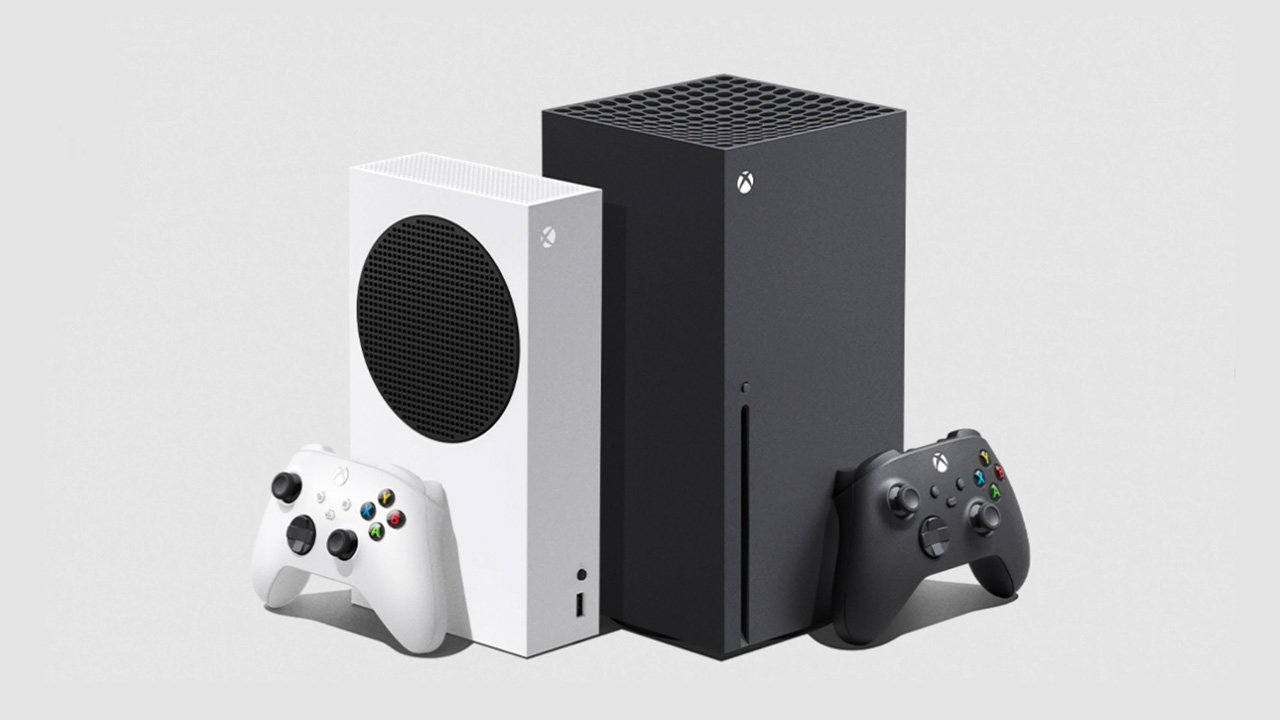 With the Xbox Series X/S now here, more people are slowly diving into the games, and experiencing what this new console can do. While many of your old accessories will work with Microsoft’s new console offering, there are some games that need the latest and greatest to take advantage of all the features on offer in the Series X/S.

But with the launch of any new console, there are shelves filled with options, and it can be hard to know the best places to spend the money, or if the new accessories will do much beyond what you already own and it is hard to know what the Best Xbox Series X/S Accessories actually are. This is a list of the best Xbox Series X/S accessories, with many of them doubling up and working on PC, getting double the utility for all the money spent.

So you have your new Xbox Series X/S and want to play some local multiplayer and want to know what the first accessory you should buy, it goes without saying you need a Xbox Wireless Controller (2020)—as this has been true since the dawn of multiplayer gaming. The Xbox Wireless Controller is a trusty controller that is built well, and offers all the features available on the new platform; and thanks to Bluetooth will work on mobile and PC with ease. There is something to say for how comfortable and versatile Microsoft have made this new controller offering. While it does still lack charging, and does not have the fancy features of the Elite, it is a great addition to any gaming setup, especially if you don’t already have an arsenal of controllers from your Xbox One.

It pains me to see that the new Xbox Wireless Controller (2020) still lacks a built-in battery. But thankfully Microsoft has made this an easy thing to fix with their Rechargeable Battery + USB-C Charging Cable. While there is something easy about just loading in new AA batteries in a pinch, the Rechargeable Battery offers 30 hours on a single charge and is a breeze to set up. Just plug it in where you would load batteries, and the days of running to the store due to a dead controller are over. Built to last and a great alternative for people not wanting to cause excessive landfill waste, if you currently have the base Xbox Wireless Controller, do yourself a service and invest in the Xbox Rechargeable Battery.

With the Xbox Series X/S console working with past headsets, you may already have everything you need—but for anyone looking, the Razer Kaira Pro is a fantastic and easy-to-use offering. With the ability to pair at the press of a button, and matching the sleek black and green aesthetic of the Xbox Series X/S; the Razer Kaira Pro is that new headset you did not know you needed. The Razer Kaira Pro sounds fantastic: providing rich, clear sound in all types of makes and media. The headset will last for 20 hours on a single charge, is comfortable to wear, even during long gaming sessions; and is Bluetooth-ready allowing for use with your PC or mobile phone with the flick of a switch. And for anyone only interested in audio, the microphone can be removed anytime it is not in use. For people who don’t need all the bells and whistles, the Razer also offers the Kaira that lacks the removable microphone and Bluetooth if you can live without these features, or want to save some money.

Astro is a name loved by gamers worldwide, so it is great to see there is a A20 headset designed for the Xbox Series X/S. The A20 Wireless Gen 2 is built to give players freedom while playing games, offering a solid 2.4 GHz signal that can be used even while away from the console. The flip down microphone is easy to use, and ideal to know when the headset is live to the world or not. Best of all, the A20 is a joy to wear during long gaming sessions, and has a battery that will last as long as you do—bringing with it hours of life on a single 3-hour charge.  The audio quality is what you would expect from Astro: with a rich audio landscape that works for all games tested. The pre-set audio settings give enough impact while still allowing for nuance in the sound, and while they would not be my go-to option for complex musical audio, they are fantastic for games, movies and most audio experiences.

If you happen to be one of the rare few with both and Xbox Series X/S and a Playstation 5, the Astro A20 also allows for additional USB adapters, so you can use your headphones on both consoles, although this is a separate purchase sadly.

While the new Xbox Wireless Controller for the Xbox Series X/S feels much improved over past iterations, there is something to be said with playing games on the best controller possible, and that still is the Elite Series 2 Controller. Despite the cost, the Xbox Elite Controller Series 2 is one of the best controllers I have ever used. The improvements Microsoft has made address any concerns I had about past iterations, and the overall fit and finish make the controller a joy to hold and use. If you can look past the price tag, and demand only the best from your gaming accessories, give the Xbox Elite Controller Series 2 a look—you won’t be disappointed.

While standard USB hard drives will work on your new Xbox Series X/S, for any new games, and to see the true potential of what the new system can do, you will need to take advantage of the Seagate Storage Expansion Card. This little accessory is one of the most expensive offerings on the list, but it is also potentially the most useful. While loaded with a 1TB SSD, that new Xbox Series X will fill up quickly; and if you have the Series S, you are probably already needing to delete some old games. This is where the Seagate Storage Expansion Card comes into the picture. The little card plugs in the back, and gives you an extra 1TB of space at the speeds you expect from your new system. While costing over $200, this is an expensive offering; however, if you want the most out of your new system, and want to load more than 20 games at a time, this is a must-have for anyone who recently got themselves a new Xbox Series console.

The Wolverine was one of my favourite controllers for the Xbox One, and now with the Xbox Series X/S here, Razer has the Wolverine V2. While keeping what worked with the first iteration, this new controller brings notable improvements that make it a must own for serious players who demand only the best. Offering Mecha-Tactile Action Buttons and Mecha-Tactile D-Pad, and overall improved ergonomics, the Wolverine V2 delivers a fantastically comfortable and configurable controller to the Xbox landscape.

The buttons on the Wolverine V2 are the biggest selling point, offering a much more precise and tactile feeling input when compared to standard membrane buttons. Everything feels responsive, and notably faster, especially in split second input games such as Mortal Kombat Ultimate. With this being Razer, they did not stop there, offering up two programmable multi-function buttons, that can be remapped based on players needs. To round things off, the Wolverine V2 features a, “hair trigger” mode that triggers stop sliders for faster response while. While the standard Xbox Controller is a great offering, Razer has made one of the best controllers for people that demand the most accurate, comfortable and responsive offerings while gaming, especially on their new Xbox Series X/S.

In the past, inclusivity in games have been limited to some, especially modern console games that generally don’t allow the use of third-party adapters, something that has unfortunately made it hard or in some instances, impossible for those with a disability or impairment to partake in. Microsoft’s adaptive controller has now potentially opened the door to this dilemma, giving players the flexibility of the PC, minus the need for specialized drivers or additional software. The Xbox Adaptive control is Microsoft’s answer to an uncompromised experience to those who require it the most.

The Steelseries Arctis 7X headsets have a lot to offer in terms of quality and comfort, especially on your new Xbox Series X/S. They certainly aren’t the end all be all of headsets, and fussy audiophiles will probably find some frustration when it comes to musical fidelity, but for the price these are well worth the investment. The Arctis 7X is going to be your best bet if you are looking for compatibility across all the devices you may potentially own, but barring Microsoft’s consoles, either would be a fantastic addition to your gaming setup.

If you want to play the latest and greatest racing games on your new Xbox Series X you will need a racing wheel, and few offer better value and performance than the Logitech G923. While not at the top end of accessories, and lacking a few extra features many of the hardcore players may expect (Shifter or Handbrake in box) it is hard to judge who the G923 is for. Logitech has built a fantastic driving game companion, and provided they continue expanding the TRUEFORCE support moving forward it could be an groundbreaking offering. As it stands now, it is a great accessory, and one of the best mid-range wheels currently on the market; and the fact it will work with next-generation systems makes it all the more interesting. If you are looking for a racing wheel, but some of the options from Hori and ThrustMaster are a bit too daunting, give the G923 a try—it hits that sweet spot few accessories manage.