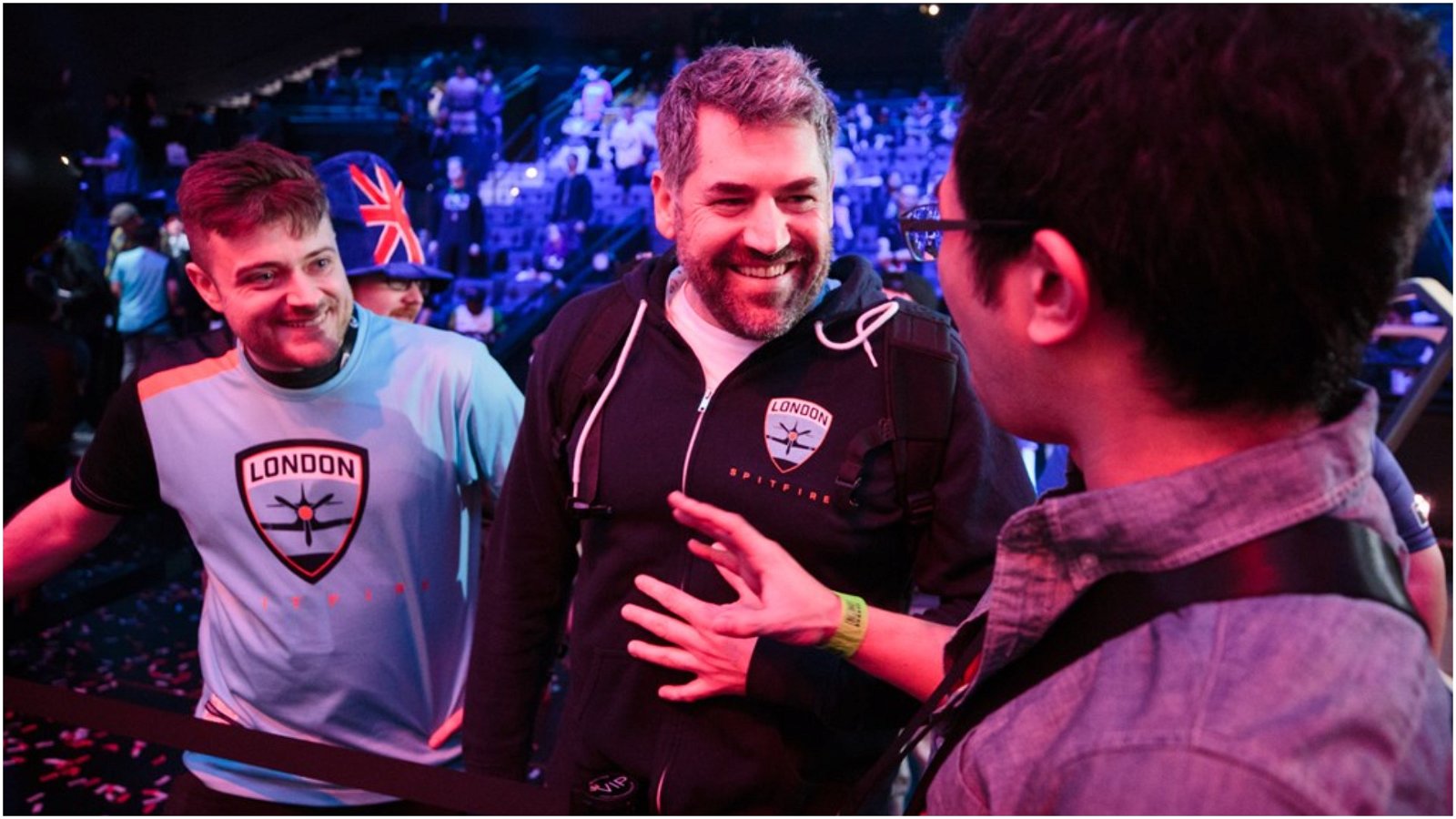 “We’ve had a lot of conversations with different clubs across the continent. Football clubs in Europe, many of them are among the most forward thinking and innovative in all of sports. Obviously, esports is a way they can reach new audiences.”

Those were the words of Overwatch League Commissioner Nate Nanzer in regards to a potential European expansion for the Overwatch League. In an interview with British website, Daily Mail, Nanzer said that the League has kicked off the expansion sale process and are looking especially to expand in Europe. Currently, the London Spitfire is the only European based team in the Overwatch League and Nanzer says that the league wants to make a play for teams based in France, Germany, Spain, Benelux, and Italy, among other locales. Expansion of the Overwatch League would no doubt bring more opportunities to grow the sport’s fanbase and overall reach, but the league need to be careful not to overextend themselves.

Season 1 has so far been a success, but it has achieved that success with every game taking place in one location: the Blizzard Arena in L.A. With the League’s expansion plans, there are also plans to move matches away from Blizzard Arena and into stadiums across the globe, located in the team’s home cities. Not only would this mean that teams have to build and fill stadiums in their home cities, which is not an inexpensive venture, but they also have to take into account travel costs and housing markets.

As it stands now, the Overwatch League has 12 teams and a number of different time zones between them which would make travelling for games hard. Imagine the Florida Mayhem playing a game against Seoul in Korea and then having a game a couple days later back home. That would be sheer lunacy. But, at the same time, Blizzard has shown, so far, that they know what they’re doing and there’s no reason to suggest that they aren’t prepared for all of the potential issues. The fact is that if successful the move could very much vault the Overwatch League into a whole new tier of popularity, which is no doubt good for everyone involved.

I’ve come to accept that there will never be a week when the Dallas Fuel aren’t at the forefront of the Overwatch League conversation. This week, it’s because their best player Hyeon ‘Effect’ Hwang has taken a leave of absence from the team and is currently recuperating back in Korea. The star DPS player tweeted a couple of days ago, saying, “I’m going to have to rest a little while. I feel like being chased by monsters. I should go to the hospital.” Later that day, he sent out another tweet in which he explained that he is taking a break from the team in order to help his mental state and that when he returns he will be refreshed and ready to play.

It’s been a trying season for Effect and the Fuel as the team has 6 wins and 20 losses and only 1 win so far in Stage 3. Effect has been the team’s best player and one of the only bright spots on the team this season. He is easily one of the best Tracer players in the world and has consistently won fights for the Fuel throughout the season. Without him, the team is going to be in a tough spot going forward and needs to show that they can field a competitive squad without Effect leading the way for them. While waiting for his recovery, check out his hero play against the San Francisco Shock last week.

One of the biggest surprises of Stage 3 has been the success of the San Francisco Shock. The team currently hold a stage playoff spot and a big reason is the play of their off-tank player Nevix. He has been extremely hard to de-mech and even harder to kill, and his consistent support protection has helped the Shock to play loose and incorporate their new players with ease.

Against the Dallas Fuel, Nevix managed to set the tone for the Shock, only dying once and placing second behind DPS player Danteh in kills. From there, he continued his streak, but it was on Junkertown where he really stood out as he managed to trap four Dallas Fuel players in a narrow hallway with time running out in the round.

The Shock went on to sweep the Fuel 4 to 0 and managed to also upset the highly touted Philadelphia Fusion 3 to 1. If Nevix continues playing at the level that he showed in week 3 then the Shock could very well be a team to watch come Stage playoff time.

a) Monkeys can fly.

Last week in the Battle of L.A., Gladiator main tank Fissure showed his utter disdain for gravity and the Valiant supports.

b) Grade A Cosplay.

What if Bastion wasn’t an Omnic but two guys in suits? It would probably look exactly like this.

There’s nothing quite as satisfying as booping an enemy character of a ledge. That being said, Harryhook has to be feeling pretty good after this play.

d) Pine to the face.

Facing elimination against the L.A. Gladiators, NYXL player, Pine, showed spectators why he is one of the most exciting players to watch in the Overwatch League.

The best team in the Overwatch League found themselves in a familiar position in their week 3 match against the L.A. Gladiators, down 2 to 0 at halftime. I do say a familiar position because the NYXL found themselves in the exact same situation in their match against the Philidelphia Fusion earlier in the week. And yet somehow, the team managed to win both of those games in reverse sweep fashion. The reason for their half-time turnaround? The team is tinkering.

In a post-game interview after their win against the Fusion, support player, Ark, said that the team is “trying new styles right now,” and that when their new strategy fell short in the first two maps they simply went back to their tried and true bait style. To sum it up, the team has been so dominant at their play style that they can afford to try out new styles in their first two maps and then if things go bad, they can revert back to their confident strategies. Also, by playing a different, more flank oriented style in their first two maps, NYXL’s opponents assume that to be the team’s strategy for the remainder of the series. When they pull off the halftime switch, that leaves their opposition reeling, and you can’t afford to be reeling against this team.

The NYXL have arguably the best Tracer, Mercy and Zenyatta players in the game and the fact that they are experimenting and working on diversifying their strategies is a terrifying notion for the rest of the league.

Both the Dallas Fuel and Florida Mayhem have struggled throughout the Overwatch League Season. Thankfully though, when these teams face each other they come alive, and this Wednesday’s matchup should be no exception. Florida has improved drastically recently and it will be interesting to see how the Fuel play without Effect in the lineup.

The Shock find themselves in an unfamiliar position as they currently hold the fourth and final Stage playoff spot. The team has shown marked improvement and will face a tough test against the NYXL. The game also pits two of the most exciting Tracer players in the League, Saebyeolbe and Sinatraa,  against each other and the winner of that battle could very much decide the game.

Fissure vs. Muma. Jake vs. Surefour. Hydration vs. Linkzr. Friday’s matchup between the Houston Outlaws and L.A. Gladiators features a number of great head to heads and is an important match for both teams. They both currently sit at 3 wins and 3 losses and this match has some serious playoff implications going forward.

The Dynasty need some positivity after a mediocre start to Stage 3 and the NYXL are one of the most exciting teams to watch. It’s hard to imagine Seoul winning this matchup given the team’s current play, but the return of Ryujehong would go a long way to making that happen.

Liked this article and want to read more like it? Check out Alex Handziuk’s interview with Overwatch Voice Actress Lucy Pohl and a look at the Overwatch League’s Recent Parity.