Greetings download hounds and welcome to Patch Notes, C&G Magazine’s bi-weekly column covering all the extra content to kill your bandwidth with. In this edition we are upgrading to version 1.0 which in gamespeak means we’re out of beta ready to go gold but as far as Patch Notes is concerned it’s simply our tenth edition, clever right?

Unless you’ve been living under a rock or in some sort of Avatar-esq sensory deprivation tank you might have heard that there’s this little gaming expo going on in LA. I think it’s called Efree or something like that. The truth is all sorts of game publishers have been showing trailers for actual games which normally I would find exciting except that I write a column about DLC. Fear not, I have combed through the coverage and found some fine pieces of DLC that have been announced or detailed at Expo ’68 (that’s it right?). So come along with me as we travel through the inter-tubes to see what will be coming down the pipe for some of your favorite games.

First up we have some new DLC coming for Portal 2. Well, it’s only new if you own the PS3 version of the game or haven’t picked up the Razor Hydra controller bundle for PC. The big deal about this DLC for Portal 2 on PS3 is that it’s compatible with the PlayStation Move motion controller. Which is surprising since PS Move support was rumored and then subsequently denied by Valve earlier this year.  But now reports from E3’s show floor are saying that Portal 2 on the PS3 with Move support is there and playable. The upcoming DLC pack doesn’t have a release date yet but considering Valve’s past treatment of DLC, I would bet that this new content might be offered to PS3 owners free of charge. It has also been reported that the levels contained within the DLC are the same levels that were offered as part of an exclusive bundle to those who purchased the Razor Hydra controller. I haven’t played any of them myself but apparently some of the puzzles involve scaling objects up and down in size to complete the puzzles. For those of you who own Portal 2 on the PC and didn’t shell out $140 for the Razor Hydra you have little to complain about since Portal 2’s Perpetual Testing Initiative is in full swing with tonnes of new mind-bending portal puzzles being uploaded daily so don’t waste time whining and get testing.

Battlefield 3 is still growing strong these days and it doesn’t appear that EA will be slowing down with the DLC either. So far, EA has announced that there will be a total of five expansions released for the multiplayer shooter. We’ve already seen Back to Karkand and the latest DLC Close Quarters should be released sometime this month but EA has also offered some details on the next expansion titled Armored Kill. Back to Karkand focused on the existing Battlefield legacy and Close Quarters will bring the fight indoors for some frantic in-your-face action. Armored Kill on the other hand will be offering just the opposite of Close Quarters with new vehicles including the deadly AC-130 gunship and expansive maps that are being touted as some of the biggest in Battlefield history. The last  two expansions are titled Aftermath and Endgame. Very little is known about these two expansions except that they will keep Battlefield 3 going strong into 2013. There are rumors that Aftermath will take place in… well the aftermath of the Tehran earthquake that players will remember from the single player campaign. Endgame, which will most likely be the final expansion to the title is speculated to take place in a jungle like setting and the Battlefield wiki says that it will involve a “Character in the jungle, Apocalypse Now-style.” It may have been slow to get going but this entire season of Battlefield 3 content sounds like a literal blast. For those thrifty gamers out there EA has also begun to roll out details of Battlefield Premium a pay one price service that will grant access to all five expansions as well as some other features for hardcore Battlefield 3 players. Battlefield Premium will cost about $50 saving you around $25 if you were to purchase the expansions separately. 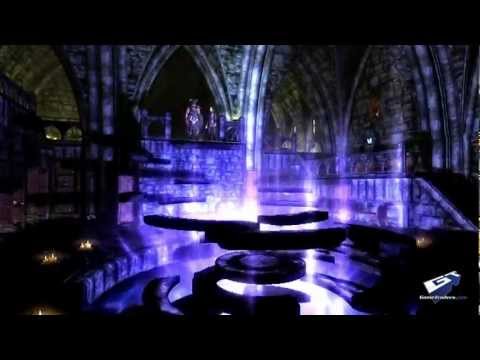 One last anticipated piece of DLC that got a new trailer recently is Skyrim: Dawnguard. This piece of DLC will feature the Dawnguard an organization dedicated to the eradication of those parasites of the night, Vampires. There will be two new factions which players can align themselves with, the titular Dawngaurd or the Vampires each will have their own pros and cons and from what I’ve seen may offer two very different experiences. Aligning with the Dawnguard will put you against the creatures of the night while introducing some new weapons like the crossbow, a new shout called “The Soul Tear” and Dragonbone weapons. The more compelling choice, at least for me is to align yourself with the vampires who are in the midst of a plot to attain one of the elder scrolls so that they can block out the sun. Being a pasty nerd I’ve always found the sun to be rather overrated so I may opt to become a Vampire Lord and damn those pesky humans and plants to perpetual death and darkness. I’ve been ignoring Skyrim for most of the year but with this new expansion on the horizon and the recent addition of mounted combat I may finally start to come around be compelled to finally give Skyrim a shot.