Hello everyone and welcome one again to Patch Notes. Tim Ashdown here back from Cuba and ready to take on the world of DLC and patches once again.

I’ve never been one to discriminate against different platforms on which games are played, personally, I own a Wii, Xbox 360, PS3, iPad and an old yet still functional gaming PC. There is one platform that seems to feature more than its fair share of free DLC and that’s the PC. This month saw the release of two beefy chunks of DLC for two amazing games. On May 8th Valve software released The Perpetual Testing Initiative DLC for their smash hit Portal 2 while Hi-Rez Studios released the Tartarus Update for their multiplayer shooter Tribes: Ascend 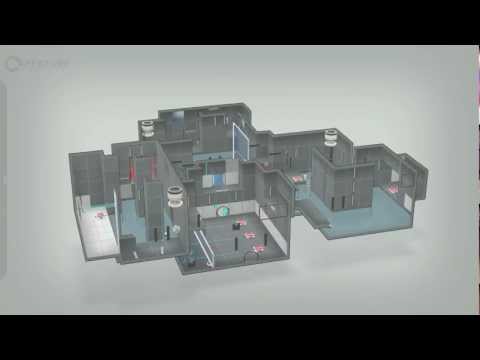 The Perpetual Testing Initiative DLC adds an in-game workshop to Portal 2 where aspiring Aperture Labs employees can make their very own test chambers to share with the Portal 2 community. If creating things isn’t your forte but you do really love to test, there’s already several community made map packs available from the Portal 2 workshop.

Portal 2 has been out for over a year and yet Valve, being the awesome publisher they are, still continues to produce new content for the game which now allows fans to enjoy Portal 2 until the end of time. The Perpetual Testing Initiative isn’t the first piece of free DLC for Portal 2 either. Last fall the publisher released the Peer Review DLC which added some more co-operative play maps to an already decent sized mode. Of course, free DLC isn’t a new concept to Valve, they’ve supported their multiplayer shooter Team Fortress 2 for over four years with update after update of free content. In my opinion Valve is doing things right. Games are sometimes short and often very expensive. I would happily pay full retail price for a game if I knew it was going to be supported with free content in the long run. Unfortunately, what we normally get is the same game year after year with minor tweaks,  very little innovation and of course that troublesome price tag.

Another company which is a little newer to the concept of free DLC is Hi-Rez studios, makers of the fastest shooter in the world, Tribes: Ascend. If you read my review of Tribes then I’m pretty sure you may have picked up on the fact that it’s totally free to play, I pretty sure I mentioned it once or twice.
Hi-Rez released some of their own free DLC for Tribes: Ascend this month in the form of a sizable update to the shooter. The Tartarus Update brings two new maps to the game along with a myriad of other balance tweaks and changes but, most significantly, it adds the ability to save and quick switch between your favorite class configurations. Before the update if you wanted to change you class’s loadout you had to go through the menu and manually select which weapons you wanted to use. This can be a time consuming affair if done mid match.

You could also change your loadouts during the break between matches but you only had 30 seconds and there’s nothing worse than being kicked back into the match before you got your custom class just right. Now, after the Tartarus Update, you can create several custom loadouts for the same class and save them. Once saved you can quick switch to a different loadout during a match and you will change to that loadout once you respawn. It pretty handy and allows players to change their play style in response to the constantly changing situations they experience during the frantic play of a match of Tribes: Ascend. The two maps found in this DLC are  Hinterland and Tartarus, they’re a bit of a departure from some of the maps already found in Tribes: Ascend with a much more nature like feel to them. When it comes to multiplayer maps I always feel that “the more the merrier”.

With companies like Valve and Hi-Rez supporting their products in this manner it’s never been a better time to be a PC gamer.