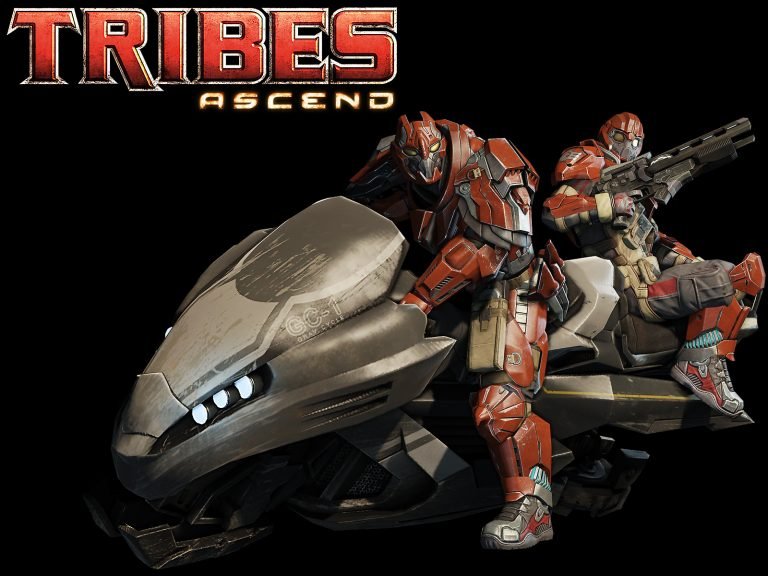 The Tribes series has been around for many years, the first iteration dating back to 1998. Now, 14 years later the developer may have changed (along with the business model), but I’m happy to say that Tribes is back! This latest iteration, titled Tribes: Ascend, is developed by Hi-Rez Studios, is completely free to play and is poised to breathe new life into a series that fans thought might be lost forever in development hell.

Fly Like an Eagle
Tribes: Ascend is a futuristic Sci-Fi first-person shooter, but what’s sets this game apart from other multiplayer shooters is the lightning quick pace of matches and the sheer variety of gameplay that can be found from match to match. Like most other multiplayer shooters, Tribes: Ascend features  persistent character progression, various game types, and several classes to choose from. Unlike other shooters, Tribes: Ascend also features lightning fast gameplay, expansive maps, and jet packs. Yes there are other shooters out there with jet packs, Halo: Reach comes to mind, but they certainly aren’t used the way they are in Tribes: Ascend. The jet packs are the core mechanic around which the entire game is based. Not only do players take to the sky, but they’ll also be skiing around the map. Skiing is another core mechanic that really makes this a unique game. By pressing the spacebar, players can enter a zero-g like mode which allows them to glide across the landscape. Factor in gravity, physics, and the hill ridden nature of the map design and you’ve got a recipe for high flying fun. It’s like shredding a half-pipe while firing rockets at your friends.

Money Can’t Buy Victory
As I mentioned before, Tribes: Ascend is completely free to download and play. However, if you’d like to spend some money, you can do so at the in-game store. At the store, you can purchase gold which can then in turn be used to upgrade your weapons, unlock new classes, or boost your ability to earn XP. The game stays balanced by offering a dual-payment system. If you don’t want to spend some of your hard earned cash, you can buy all of the upgrades, classes, and weapons with XP earned by completing matches. Those who are willing to spend the money may unlock things quicker than those who aren’t, but nothing is ever out of reach. If you’re willing to put in the time and earn your weapons you’ll do just fine and probably become a better player while you at it.

Easy to Learn Difficult to Master
Being a uniquely designed shooter I really expected Tribes: Ascend to have a much steeper learning curve. It might be my long sharpened shooter skills but I found Tribes: Ascend quite easy to figure out. I may have picked up the gameplay very quickly but I can tell that there is some real nuance to this game that will take even seasoned veterans weeks to figure out. There is also some pretty good variety among the different classes and even some customization options that allow players to customize their loadout to their individual play style. I found it much better to have a well-rounded loadout rather than a specific one, due to the fact that when in a match, situations can change frequently, drastically and rapidly. Be ready for anything is the best advice I can give.

The Four Fs
Overall, I found Tribes: Ascend to be fast, frantic and tonnes of fun, and did I mention that it’s also free? I’m pretty sure I did. It looks great, has some amazingly designed maps and offers a lot of variety both in gameplay and customization. Also, the price can’t be beat and it lends itself amazingly to the realm of e-sports. Strategy fans have League of Legends, and now FPS fans have Tribes: Ascend. Hi-Rez has done a great job with this long standing series and I’m glad to see that it hasn’t lost its original charm. Whether you’re looking for some fast paced FPS action, a unique experience, or a game with a thriving community, that’s also perfect for LAN parties Tribes: Ascend is a great example of what a first person shooter can be when it’s not trying to compete with the Call of Duties and Battlefields of the world.

Overall, I found Tribes: Ascend to be fast, frantic and tonnes of fun, and did I mention that it's also free? I'm pretty sure I did.
REVIEW SCORE
9
File Under: Multiplayer, PC, Shooter, Strategy