At The Mountains of Madness Preview

Here’s a tip: If someone asks if you’d like to experience H.P. Lovecraft’s At the Mountains of Madness … read the novella. I would like to think that there’s a future for the Early Access game of the same name, but it’s hard to see just what that may be. 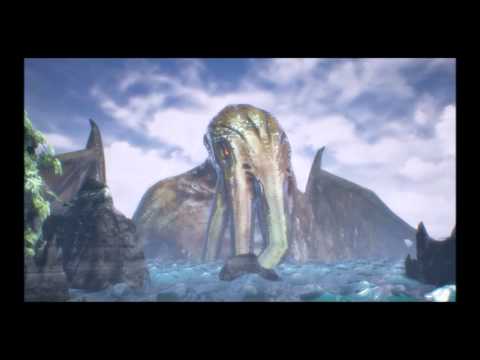 This is always a tough thing to do as a games journalist, knowing that a few words either way could mean the success or death of a project, but even being graciously optimistic, At the Mountains of Madness feels far, far too early in development to even have a home on Steam’s controversial Early Access list.

All of this is quite a shame, as I’m no small Lovecraft fan. Everything in At the Mountains of Madness is currently a placeholder. Or, at least, I hope it is. NPC models feel squat and unfinished , similar to the Grunts in Quake 2, sliding along the ground as their walking animation isn’t meshed to the surface they walk on—when the NPCs can be bothered to move at all ,as opposed to standing around rigidly. The attempt to mask the abysmally blocky everything with film grain fails to distract from the fact that cutscenes consist of fixed camera points while objects of assumed importance slide about the landscape, and there are almost as many invisible walls preventing the player from wandering as there are objects and surfaces that they can walk straight through. Textures occasionally fail to load until they’re an arm’s length away; movement is cumbersome as if all input travels around a summer camp circle of the Telephone Game before reaching its destination; and there’s no explanation of any objectives, nor anything beyond walking along invisi-walls or through railings to guide the player, save for floating names over NPCs that correlate to those from the source work—which really only helps if you’re familiar with it. The snippets of dialogue in At the Mountains of Madness are read, seemingly phonetically, with an Eastern European accent via a desk mic; the load screens—of which there are many—are agonizingly long, often only to resolve so you can watch something slide across the screen before triggering another load, all the while displaying snippets of text from the source work (and sometimes Poe, for reasons).

After you assemble your crew (for your exploratory vessel, although this is never explained), done by wandering around the wharf at the start of the game aimlessly while looking for the “Press E” prompt to pop up near NPCs, causing them to walk away without saying a word, you’ll end up trapped on the ice in the Arctic (because: reasons). At this point, there’s a survival element that’s introduced in At the Mountains of Madness without warning, which can cause you to freeze or starve to death. It’s usually around this time that you’ll notice that all the random clutter you’re collecting drops into an inventory, and that inventory can’t be closed by hitting escape. Even worse, trying to close it results in the main menu popping up, and it too can’t be closed by hitting escape again. This is a fairly opportune time to hit Exit without saving and wish for that part of your life back, but if you do  continue on, finding the flashlight and walking stick opens up a chunk of the game where you must venture through longer and longer ice caves in search of fossils (again: reasons).

It was after wandering through a couple of these ice caves, when you reach a point where you need a hammer to break free a fossil that’s floating in midair, that I hit my breaking point and became depressed. Not just depressed with At the Mountains of Madness, but with everything to do with it. It made me hate Lovecraft for encouraging this waste; Unreal 4, for being able to look like ID Tech 2; that obnoxious freaking dog that just won’t die; Edgar Allan Poe for dying and not being able to prevent one of his poems from appearing in a loading screen for no apparent reason; my whole damn career, for leaving me so disenfranchised by the games industry. It goes on.

To wrap things up, At the Mountains of Madness was a life-changing experience for me, in much the same way that a rock-bottom gambling binge is when you look at it in retrospect. You really, really shouldn’t be spending $22 CAD of your hard-earned monies on such a poorly designed game. The only shine-through moment was that it successfully connected me to Professor Dyer’s misery, although not in the way the game developers intended.