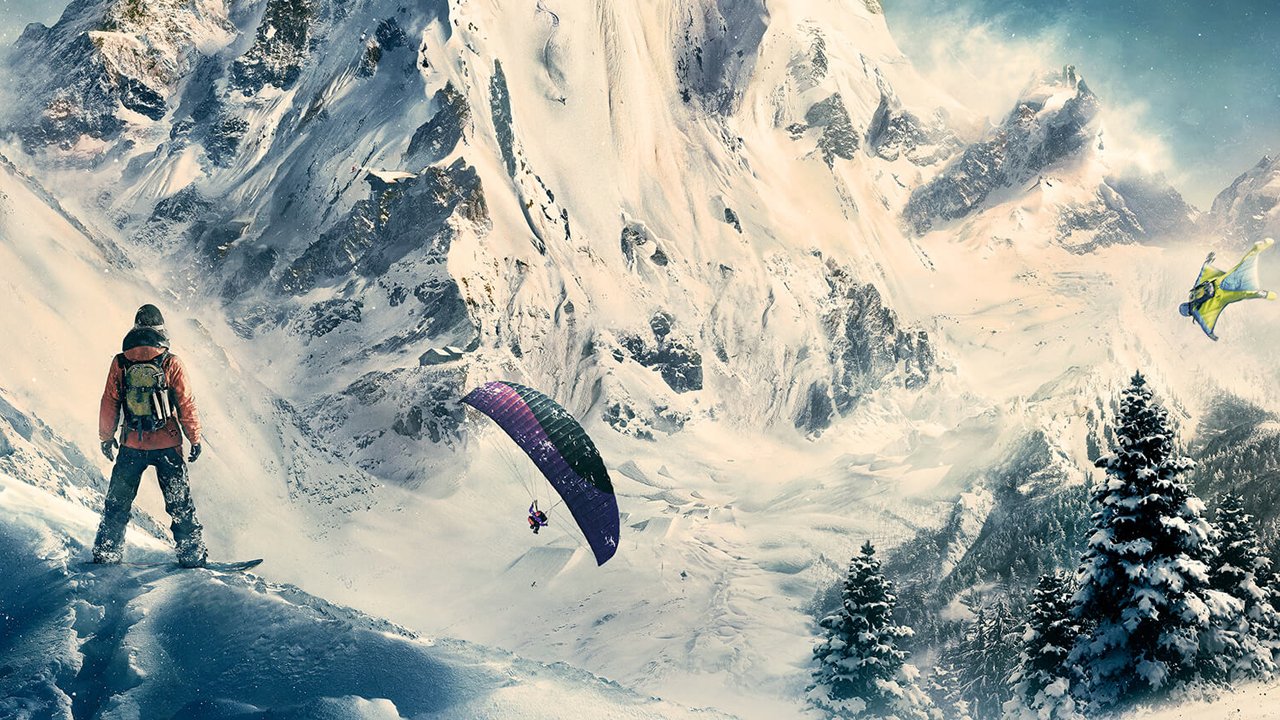 Getting Extreme with Steep

There was a time, not too long ago, when everyone was extreme. People liked punk rock, Tony Hawk, and videogames like SSX. But that fad died by the time the 2010’s rolled in.  Now Ubisoft is trying to bring that feeling back with Steep, an open world winter themed extreme sports title.  As a kid of the early 2000’s with many memories of games like Tony Hawk Pro Skater, and Shaun White Snowboarding, while extreme sport personalities dominated MTV, Steep hit me in the feels box on a nostalgic level.  It managed to bring that rush of adrenaline those classic titles provided, but pushed the genre forward with new additions, and an interesting open world. After getting my hands on this ambitious title, I wouldn’t be shocked if it catches on.

While my time with Steep was short, I experienced quite a bit. I only got to play around with the snowboard and wing-suit, but there are also skis and a parachute.  Regardless of what you pick though, the game is actually a little tricky to figure out, but it’s a welcome challenge. For the wing suit, you can spot your demise from pretty far away.  You start on top of a metal edge; tilting the thumb stick forward you jump off and start gliding like a flying squirrel. You use your momentum to get closer to the ground, then higher in the air while the triggers let you tilt in either direction.

The two trials I played were races, one where I had to stay as close to the ground without crashing, and the other was a test of my special awareness. I was not great at either. I feel that part of the game is something that takes a little more time to get used to, and shouldn’t have been in the demo. There are a lot of subtleties to take into account when gliding through the air that, in a short block of time, you can’t really perfect.

Snowboarding was a little easier to jump in and play, but still took a bit of getting used to. The controls are pretty simple; tilt the left thumb stick forward to pick up speed, and use the trigger to jump. If you go off the ramp, tapping the stick in whatever direction lets you do a trick, but holding it for too long will make you eat a face full of snow.  If you’re feeling really risky, tapping a trigger lets you grab your board mid air. Then, when you think you’re really radical you can mix them both for a variety of flippy grabby moves.  I had a lot of fun with this part once I found my footing.

That might be the thing to hold it back however. The game is gorgeous and sprawling, but its initial difficulty spike might turn many gamers off.  While I didn’t have a lot of time with the game, I got the snowboard mechanics down pretty easily, but the glide suit was kind of annoying. It was eerily similar to how Just Cause 3 handled the glide suit, except you got a grappling hook to help you out.

Regardless, my short time with the game managed to capture the rush that comes with extreme sports. If people stick with it, there’s a good chance it can be the next memorable extreme sports title. And as a fan of the genre, I hope that’s the case.